This is Cinesite’s breakdown reel for Black Widow. Here’s Cinesite’s write up on what they did

Cinesite’s seventh film in the Marvel franchise, Black Widow is a prequel which follows the events of Captain America: Civil War. Having aided and abetted the Avengers who were against the Sokovia Accords, Natasha Romanoff finds herself alone on the run from the government and forced to confront her past.

The production is packed with exciting action and much of Cinesite’s work involved adding seamless visual effects to fight sequences.

A hilarious but rather gruesome one-off VFX shot which Cinesite’s team contributed involves Natasha’s father the Red Guardian (Alexei), who is being held in a squalid Russian prison. Challenged to an arm-wrestling match with a 7ft tall, tough-looking inmate, he easily defeats him, slamming his competitor’s hand down decisively onto the table. As the inmate lifts his hand up, his forearm bends at an unnatural angle.

The two actors were filmed in close proximity and there is lighting interaction between them, so it was necessary to roto-animate Alexei for realistic shadow casting. A combination of CG hand and forearm replacement, as well as 2D re-projection was used to blend out of the live action into the CG limb.

In a later prison shot, Alexei punches through the laminated glass window of a security booth to grab a guard who has been eating his lunch. The shot was filmed without glass, with actor David Harbour reaching through a window frame to violently grab the harness-wearing stuntman and yank him through.

Removing the harness was straightforward; the real challenge was in creating the CG glass, since laminated glass behaves very differently to the normal kind when it breaks. Toughened glass, like that used in windshields, is sandwiched between flexible plastic sheeting, so when it shatters it behaves more like folding, rigid glassy cloth than conventional glass.

The FX team developed a custom Houdini set up to achieve the effect, taking reference from researched footage. Attention was paid to creating detailed internal fracture patterns within the glass sheet, giving it a white, opaque look. In addition to the work by the FX and lighting team, compositing was key in blending the elements together to make the shot seem real. Other prison shots required the removal of stunt pads on Harbour’s arm, by creating an exact CG replica complete with fine detail in the skin, fine hair and tattoos.

Another subtle visual effects sequence completed by Cinesite’s team takes place with Natasha and Yelena driving on a freeway at night in a BMW. A very specific model of BMW was required for the sequence, which was not available at the time of filming. Ultimately, the whole exterior of the car is fully CG.

Our VFX team received a high-resolution model of the car as well as CAD data and photography, from which the asset team created a hero CG car which would work even in very close up shots looking through the windscreen, where the camera rests just above the car’s front hood.

The actors were filmed in a full-sized car without windows against blue screen, with giant LED walls projecting interactive lighting onto them from stitched plates. These plates had been shot on a freeway using 9 RED cameras attached to a rig. Despite being well shot, substantial manual work was required to stitch the 8K plates together to create a 360-degree environment which was used to create the reflections and realistic image-based lighting.

In one establishing shot early in the same sequence with Natasha and Yelena, the plate had been filmed locked off, but the director later felt that a more dynamic shot would work better. So we added a fully CG car to allow the camera to drift up to the actors, placing the locked off plate inside our rigged car as a card and tracking it to the vehicle’s motion as it drives into the shot. Careful animation was needed to ensure the 2D element with the actors did not move outside the camera vector and become distorted. 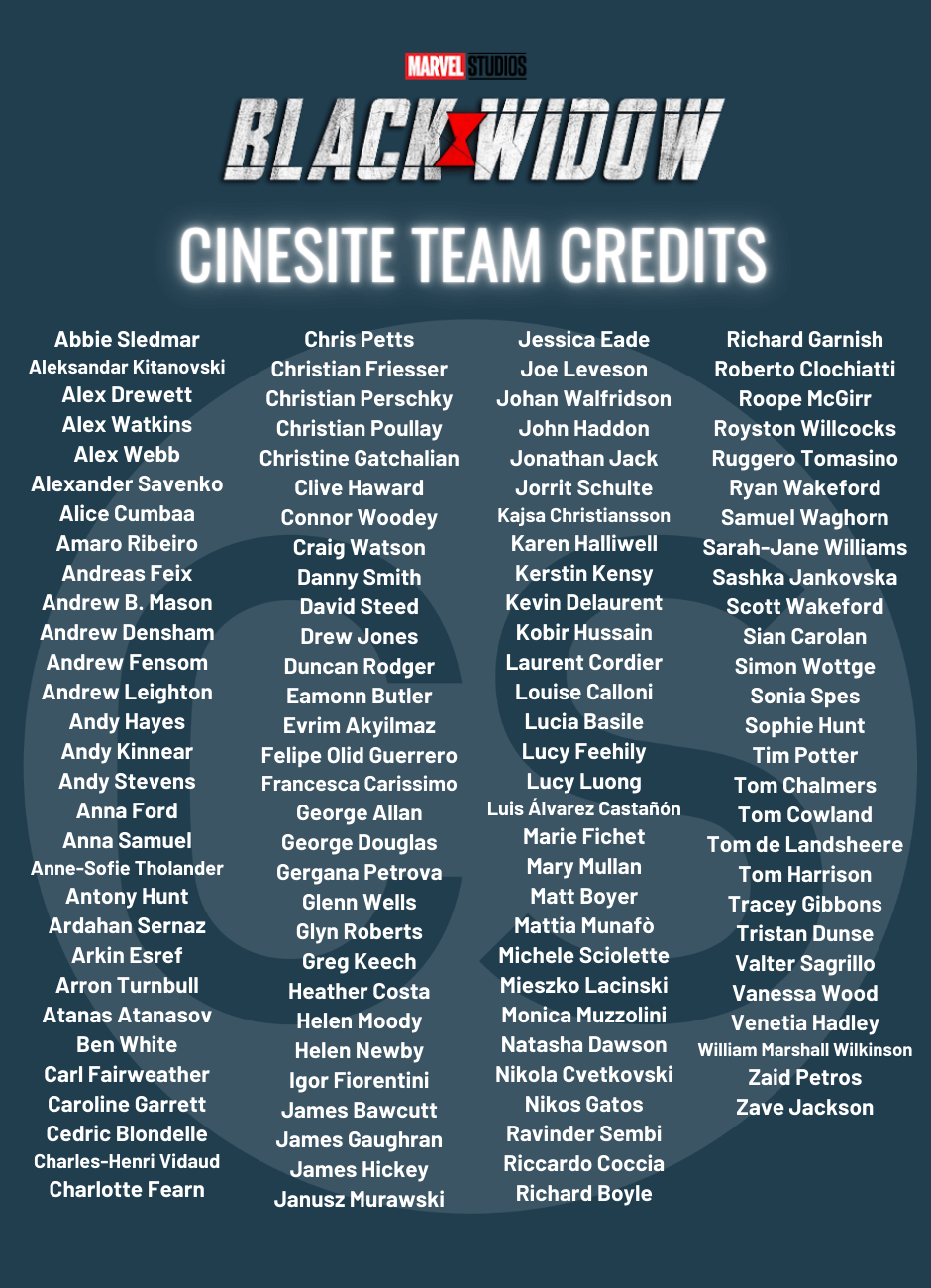