Behind The Scenes20.05.22
Virtual production: All the Old Knives

Axis Studios and Treehouse Digital teamed up to create the virtual production backdrop to the pivotal restaurant scenes in Prime Video movie All The Old Knives.

As the sole VFX vendor, Axis Studios took on 265 VFX shots for the film, collaborating with Treehouse Digital on the film’s key scene to provide stitched footage from six cameras, onto 8,976 LEDs across 51 LED panels, creating a set that could be altered in real time, far usurping the traditional greenscreen.

The modern-day espionage thriller co-stars Chris Pine and Thandiwe Newton who play two CIA agents and ex-lovers that are brought back together years after a failed rescue attempt and forced to blur the lines between profession and passion. 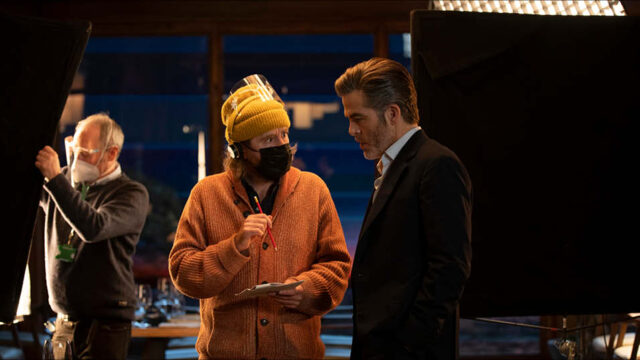 In a first time collaboration between Axis Studios and Treehouse Digital, the two companies collaborated on the main scene that is revisited throughout the film – a dinner between Pine and Newton, with a vista backdrop of the afternoon sun gradually setting in the sky – bringing it to life using LED virtual production techniques for a set build in Gillette Studios.

Nick Drew, Executive Producer / Axis Studios said: “We’ve been exploring a number of ways in which we could work with Treehouse Digital on a number of projects since the studios first met at the Move Summit in Edinburgh back in 2019”. 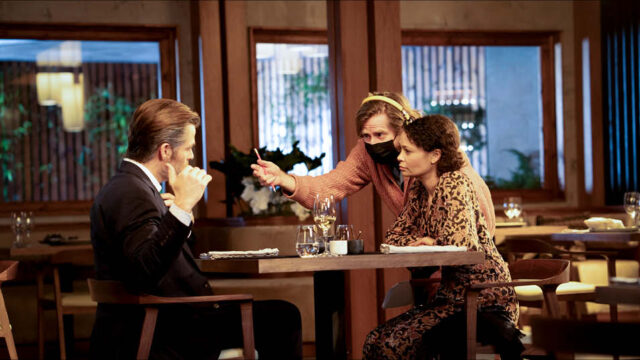 “It was the vision of Tim Field and Imogen Arthur, the production’s VFX team, that understood the benefits of a ‘Virtual Production’ approach. They brought Axis and Treehouse together with our very own Howard Jones acting as the production VFX Supervisor, overseeing the shoot and Post. With this team, we had the perfect mix of experience to deliver a stunning restaurant scene and a gorgeous in-camera sunset”.

Chris Musselwhite, Head of Production / Treehouse Digital said: “The VFX and LED VP capabilities really had to work in unison for this project, when we were brought in we were very conscious of the need for a collaborative process … the DOP and the Director were involved from the start and we did our best throughout that process to deliver the things that they needed and the tools that they needed on set, so they could ultimately walk away saying “that’s our shot”. 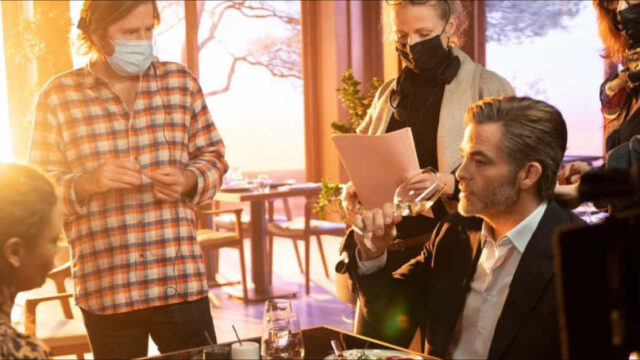 “We were able to introduce livegrade into the pipeline which we hadn’t done before and we don’t think we’d seen done before at that point… it provided the ability to physically grade there and then in camera rather than applying pre grade, so by bringing a colourist on set and looping them into our tech pipeline we could achieve the desired look live”

Not only did this allow the scene to be shot efficiently under Covid safety restrictions, but it also allowed for live colour grading on the picture and on the spot input from the Director / DOP.

Howard Jones, VFX Supervisor / Axis Studios said: “Alongside creating Vienna and it’s airport from the UK shot plates with Digital Matte Paintings and scene extensions, the restaurant scene is central to the film. The ability to control and re-set the sun as the scene progressed from afternoon through to late evening was crucial. Seamlessly stitching together the footage to create a 14k x 8k resolution coastal image of crashing waves, delivered in 45 minute segments was well worth the effort, especially as it meant there was not a greenscreen in sight!”