Atlanta-based studios group Blackhall has announced plans for a major studios complex on the outskirts of Reading, Berkshire.

The company aims to build the £150m complex on the University of Reading’s Thames Valley Science Park. Blackhall said the new studios will create up to 3000 new jobs.

Blackhall Studios, which has hosted films including  Jumanji: The Next Level and Venom at its Atlanta complex, said that the plans are just the first of several investment opportunities it is looking at in the UK. 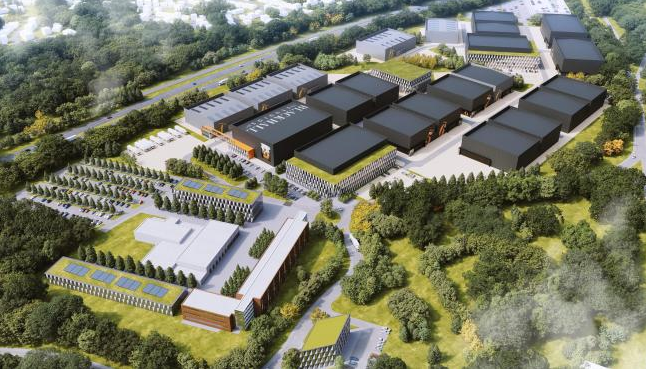 Ryan Millsap, chairman and CEO of Blackhall, said: “Blackhall is the global standard for entertainment production space and our US-based clients like Disney, Universal and Sony are all asking us to expand into the UK to meet their desire to create productions here.

“We are very excited about the prospect of investing in the UK creative industries as one of the most vibrant markets in the world.

"We hope that the site at Thames Valley Science Park will be the start of a series of investments in the UK which will see investment in jobs, training and the creative arts across a range of disciplines.

"The UK has a wealth of talent that our UK companies recognise and want to partner with for decades to come.”

Blackhall has hired ex Pinewood exec Nick Smith as Blackhall UK President and COO. He said: “Britain has an enviable array of filmmaking talent, but the industry is short of high-quality studio facilities capable of catering for the new and emerging technologies that will form the core of television and film production in the future.

“The proposals support the UK Government’s commitment to doubling the sector’s annual inward investment to £4bn by 2025 and Blackhall is committed to play its part in making that vision a reality.

"This initial investment of £150 million into the UK economy will create a new powerhouse of creative production and educational achievement, as well as generating up to 3,000 new jobs.”

Plans will be submitted to Wokingham Borough Council with a hope that the studios could be opened in 2022.

The news follows recent announcements by Sky that plans to build a 14 stage facility at Elstree and Netflix’s plans for a production hub at Shepperton Studios.