The UK animation sector has gone from strength to strength in recent years. But with Brexit on the horizon, the industry is working hard to keep the momentum up. Jon Creamer reports

Rewind to five years ago, and the UK animation sector was looking almost dead on its feet.

But then in 2012, a well-fought campaign by industry body Animation UK persuaded government to extend the kind of tax breaks to the industry already on offer to a host of competitor territories around the world.

With a more level playing field created, a cowed industry burst back into life with a host of projects going into production.

Oli Hyatt at Blue Zoo says the change from five years ago is “unfathomable. People around the world literally didn’t think we had an industry. That was partly our fault for not selling ourselves well and partly because that was becoming the reality.” 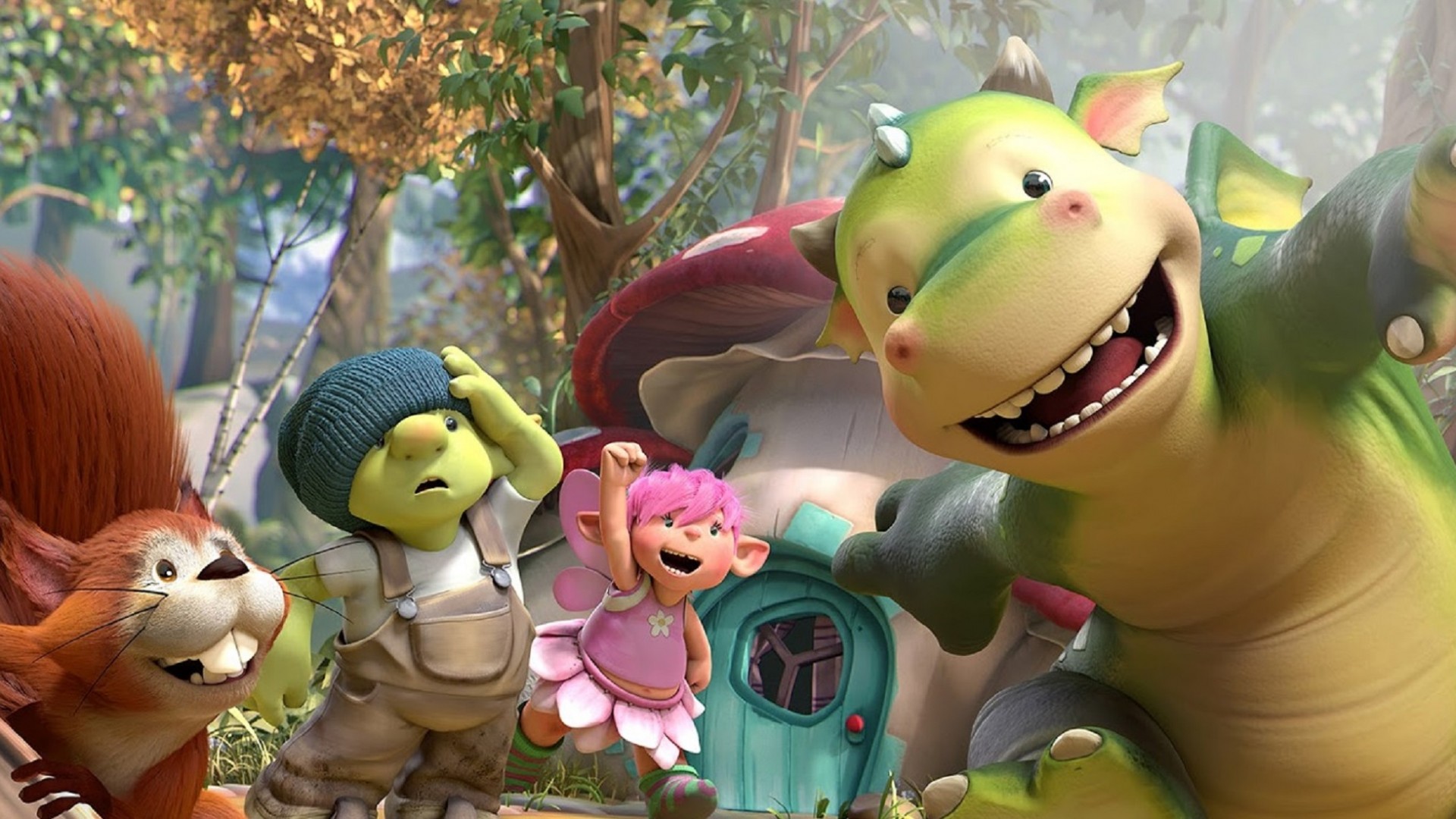 Cut to the present, and just in recent months, a variety of UK studios have been expanding including Jellyfish and Axis. Blue Zoo just signed up for a multi-million pound Chinese JV. Now there’s more than just the ever mighty stalwart Aardman as a UK animation business with heft.

Recent changes in kids TV, a big customer for animation (see page ?) are also making things look more positive too. “You wait ages for a bus and nothing happens,” says Animation UK’s exec chair, Kate O’Connor. “Then you’ve got the BBC announcement about new spend, the contestable fund and new Ofcom guidelines for PSBs all happening at once. That’s on top of the boost to the industry with the tax breaks.”

There are more outlets now for animation too. SVODs like Netflix and Amazon have become big customers and toy makers like Mattel and Hasbro have become more involved in producing shows based on their own properties. “That makes a big difference,” says Lupus Films’ Ruth Fielding. “It’s another place to go to get a show made and more potential buyers. The golden ticket is the BBC but it’s only got limited slots. Everyone’s still pitching to the same broadcasters, there’s just a slightly wider range now.”

“There’s probably never been so many opportunities to do something with animation,” says Blue Zoo’s Hyatt. “I’m not saying it’s any easier to get a commission from the BBC or to sell in to Nick, it’s not, it’s harder.” But those new outlets have big budgets, “which holds the other channels to account. If the UK broadcasters don’t keep up then kids aren’t going to watch their channels.”

But for the SVODs, it goes beyond kids’ TV. “They’re talking about art house animation, they’ve got ambitions to win Oscars. That could open up a whole new market for everyone,” says Hyatt.

Ambitions are sky high in the UK. And that includes movies. “Now it’s easier to reach global markets. The cost of producing movies has come down,” says Axis Studios’ exec producer, Andrew Pearce. “You can produce a blockbuster but not necessarily at blockbuster costs. Illuminations’ films cost around $50m, half the price of Hollywood but not half as good. DreamWorks’ Captain Underpants was produced for $38m in Canada but both those weren’t skimping on creative ambition.” And the UK is in a good place to compete on that stage, he says. “We’re a European studio with lots of European talent and historically a lot of European clients but we’re also very American. That’s true of Britain as a whole. We share American sensibilities and European sensibilities. So we can make stuff that can appeal to a huge market. We could comfortably produce a really high quality movie for $20-30m. I don’t have any worries about that at all.” 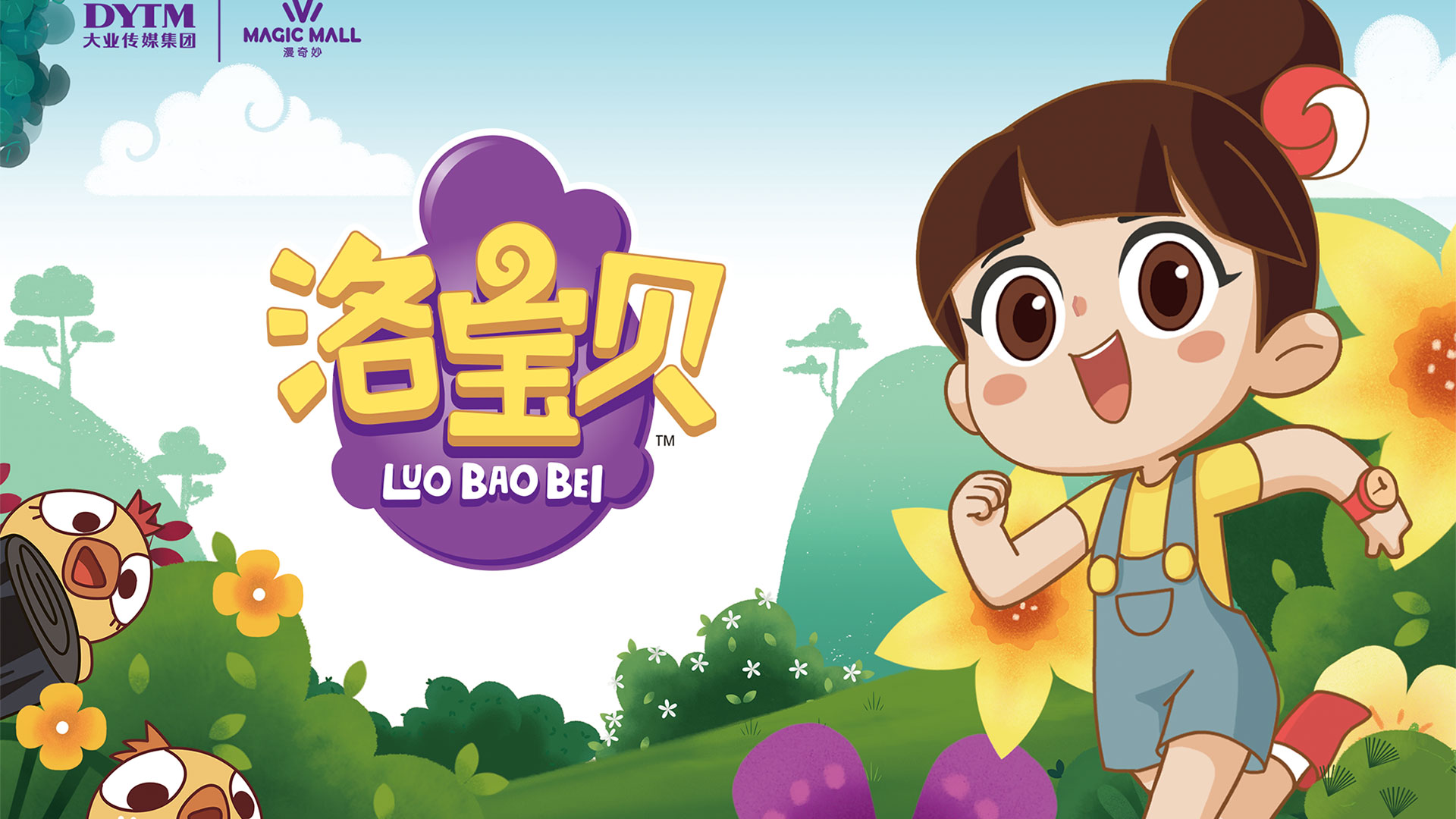 But, of course, not everything is rosy. “The big elephant in the room is Brexit,” says Jellyfish’s ceo, Phil Dobree. And any limits on the free movement of labour will have a big impact on the animation sector that, like vfx, traditionally sources its talent globally as well as locally.  “We’re a talent business. It’s like the Premier League suddenly being told they can’t have foreign players coming in. It would make the Premier League far less globally competitive. It’s fantasy to think that talent can be reproduced and replaced by UK talent in the next two or three years or even ever. If you’re going to be the best in the world, you’ve got to employ the best in the world.” 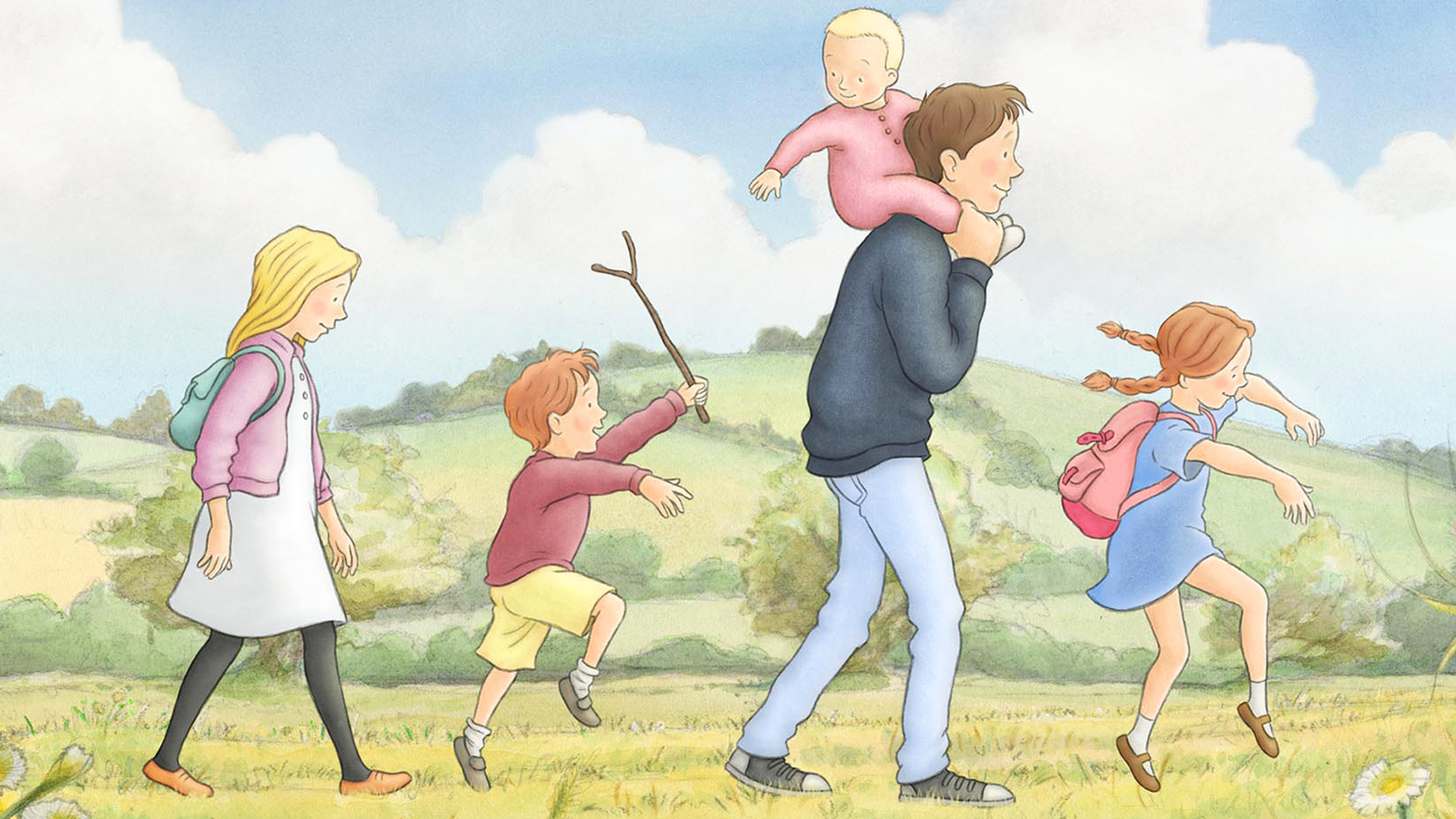 The mix is the key, says Hyatt. “The reason we are the best in the world is we’re a melting pot of ideas and cultures rubbing up against each other. Take that away and you’re stuck with a bunch of people with similar ideas and similar upbringings and you don’t get the best creativity.”

Brexit could also mean “you may well lose some of the other advantages of being in the EU,” says Lupus’ Camilla Deakin. Access to the Creative Europe Fund for one. “Also if you have to apply for visas, you have to pay for visas. There’s paperwork to be done and if you haven’t got a big company with an HR department…” Animation tax breaks don’t kick in right now if your crew isn’t substantially UK and EU based. Once out of the EU, will European workers on a UK production disqualify it from UK tax breaks?

Even before anything regarding Brexit has become concrete, the effects are being felt. Many studios are already seeing a drift of European workers to friendlier climes. And the perception of a country shutting its doors doesn’t help a globally focused industry. 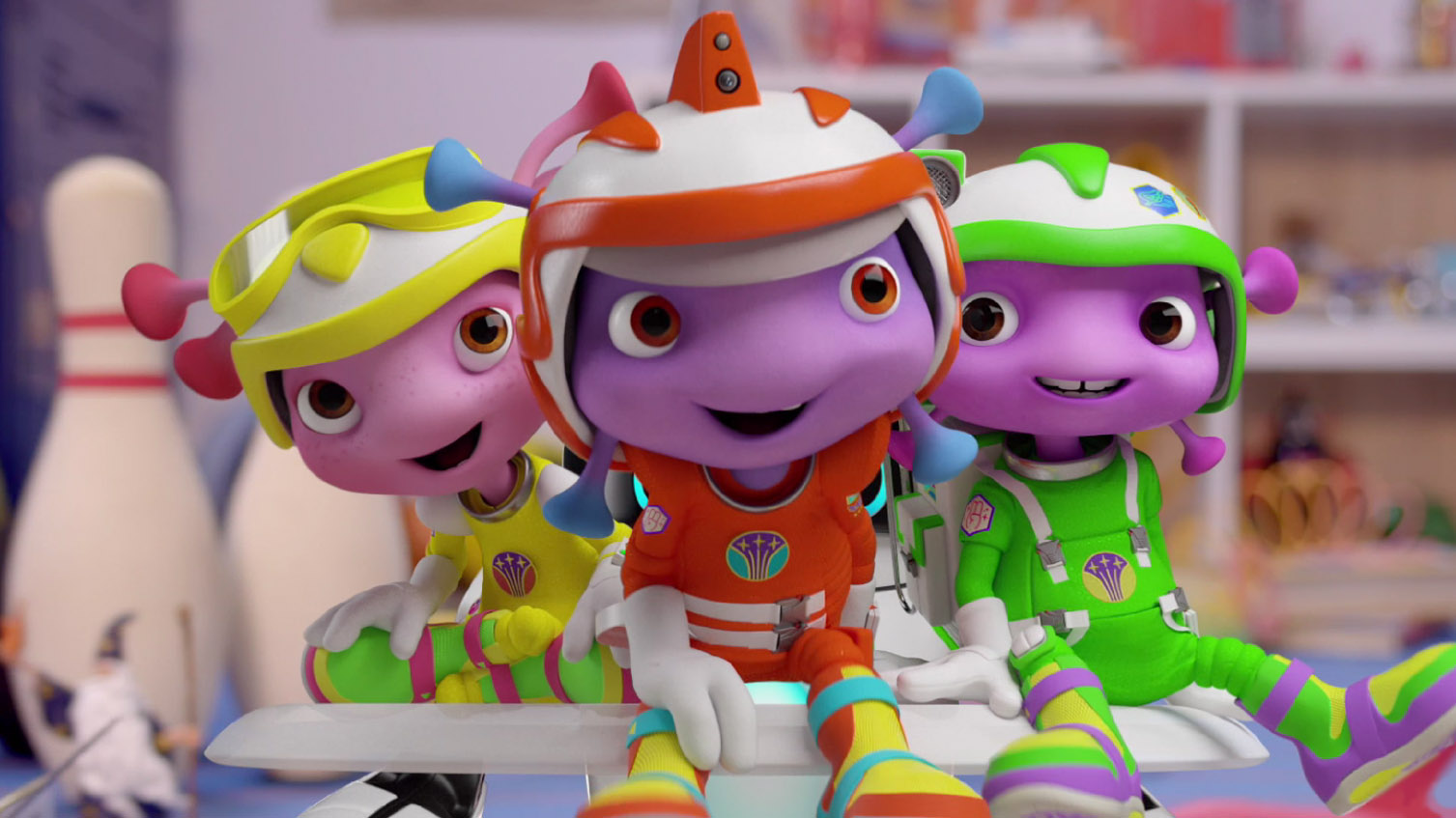 With Brexit looming, the need to be globally competitive comes into sharp relief. The tax breaks that came into play in 2013 did give the UK animation sector a tremendous shot in the arm, but those global competitors haven’t been standing still. And tax breaks around the globe are now outstripping the UK’s offer. “The tax breaks have definitely helped,” says Axis’ Pearce. “But actually we still lose a lot of pitches and don’t even enter into a lot against Canada and China and India. Ireland now has a fantastic tax deal so though ours are good and it helps us compete a little bit it’s not good enough to be a serious player.” However good you are “if you have a tax break which is half the size of somebody else’s you’re just going to lose unless you’re the only option left on the table.”

The UK has to keep pace, especially if Brexit hobbles the industry in other ways. As a result, Animation UK is lobbying hard to make its voice heard in government. A big part of that is showing government what an important industry animation is to the UK. That’s something that’s been stymied in the past by BFI figures about the screen industries lumping bits of animation in with film or TV or gaming. Other parts of animation are reported as part of the advertising sector. European Sector Industry Codes, where companies report what kind of business they are, does not have an animation option. The vfx industry has the same problem.

But this year, consultants Olsberg SPI will report the animation sector separately. “Now there’s a live survey with animation studios to get information about their size, value, downstream revenue and also their skills issue, how many people they employ and where they are from,” says Animation UK director, Helen Brunsdon. “We’ll have the first cut in September.” And that will be significant as previously animation was seen by government as a £50m sector “we’re putting estimates on closer to a billion. We need to get that data so we can start talking to government.”

And when you’re a billion-pound industry, government tends to listen.