The deal comes on the back of Liverpool’s recent Channel 4 shortlisting for its regional hub and “could support over 2,000 industry jobs across the city.”

Developer Capital&Centric will restore the Edge Lane building, once home to the Football Pools.

Twickenham Studios, who have signed an agreement for lease on 85,000sq.ft, will become the hub’s first anchor tenant. The deal is subject to planning permission.

Liverpool already hosts a number of movies as a location with ‘Fantastic Beasts and Where to Find Them’ and ‘Peaky Blinders’ filmed on its streets. Last year the city clocked up 1,359 days of filming across 289 projects. 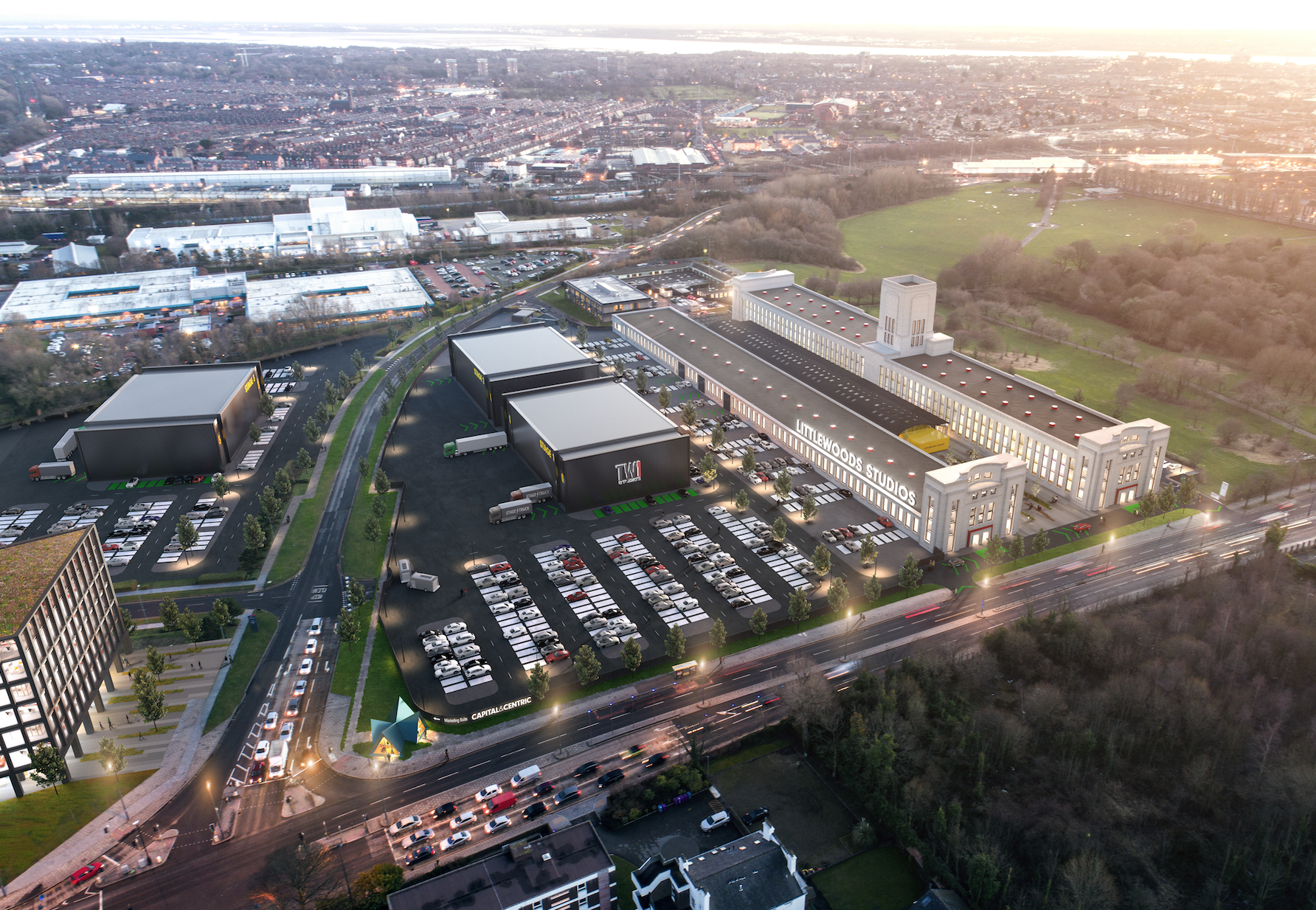 Tim Heatley, co-founder of Capital&Centric, said: “Littlewoods is one of Liverpool’s most loved buildings – it’s only fitting that we give the city something they’ll be proud of. Twickenham Studios couldn’t be a better fit. They’ll bring a century’s worth of film-making heritage and help to write a new chapter for the creative industries in and around Liverpool.

“Relighting the excitement and buzz around Littlewoods for a new generation of creative people will be incredible. Our legacy will be Liverpool becoming a proper powerhouse for the film industry, one that will inspire the city’s young people to take up a career in production.

“We’re taking what is an important part of Liverpool’s social fabric and creating something that has been on the city’s wish list for a long time. We couldn’t be prouder.”

Maria Walker, Chief Operating Officer of Twickenham Studios, said: “This is a major milestone in our history. When we saw the vision for Littlewoods we knew we had to be a part of what will be an incredibly special place.

“Liverpool’s architecture, accessibility and can do attitude sees film-makers return to the city time and time again. With the added benefit of our studios, they’ll have access to gold-standard interior facilities right on the doorstep of unique exterior locations.

“It will be great to see Liverpool become an international focal point for TV and film.”

Joe Anderson, Mayor of Liverpool, said:  “The arrival of such an iconic film production company as Twickenham Studios to Liverpool is a fantastic vote of confidence in the city’s booming film industry.

“We have huge plans for the Littlewoods site and have been working very closely with Capital and Centric to make these ambitions a reality. This deal will no doubt act as a catalyst to attract other leading lights to the city which will further develop Liverpool’s strong foundations in the creative sector.

“The timing could not be better as we get ready to welcome Channel 4 to showcase what Liverpool can offer ahead of their decision on where to locate its new HQ and creative hubs.”

The announcement comes just a week after Liverpool made the shortlist of cities to become the new home to Channel 4’s regional base – with Littlewoods a core part of the city’s bid.

Recent statistics, by economic experts Ekosgen, showed that Littlewoods Studios will not only create over 570 direct jobs, but could support over 2,000 additional jobs thanks to the halo effect on the Liverpool city region and result in an annual boost of £124m (GVA) to the local economy.

It is expected that the studios will be up and running in 2020.

To coincide with her Sheffield Doc/Fest panel session today, Clare Sillery, the BBC’s Head of Commissioning, Documentaries, History and Religion has announced three new single films and three new series.  The new commissions are being made by Expectation, Optomen, Daisybeck, >>>