Editors Mike Bolsover and Duncan Wilson discuss the pleasures, and also the pains, of remote editing through the pandemic and beyond 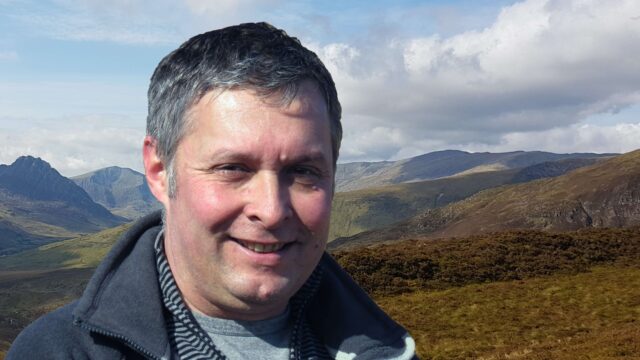 When I first started out as an edit assistant in the early 80’s on golden era TV shows like Auf Wiedersehen Pet and the Price is Right, I wouldn’t have believed my analogue skills would still be in demand in today’s digital world. More surprising to me, given the revolution in technology, is the fact that until March of this year, the way we head off to work in the edit has barely changed.

The post industry has remained stubbornly wedded to drawing creative people into the bigger cities, particularly London. Perhaps this was justified in the 90’s when the kit was immobile and expensive. So, we still trudged, rode, or drove to our workplaces irrespective of our often-distant home locations, to beaver away in some of the most expensive real estate in the world.

There’s no denying the camaraderie and warm glow of creative collaboration emanating from our close-knit teams in Soho, but increasingly we were arriving to operate a PC hooked up to servers that were not even in the same building.

I work mainly in factual entertainment, editing a broad range of high-profile programmes for UK and US broadcasters, often on tight deadlines, but I’ve often wished there was a better way to do the job I love, near the place I live.

In January 2020, while the pandemic was still a page 5 story, I joined a newly formed Facebook group Remote Editing. It was set up by like-minded people to explore the nascent possibilities in this area and counter the inherent illogicality of London-centric working.

Remote editing has been around for a few years, usually in higher budget multinational productions like “Chernobyl”, but the cottage industry nature of factual makes cultural change hard.

The Facebook group hoped over time to convince our clients that a great deal of this work could be done remotely. We may love working in one of the world’s creative capitals, just around the corner from our favourite on-trend coffee shop, but when the edit is in a pokey MDF cubicle shoved round the back of the iconic, but no less smelly, kitchens of Soho’s smart restaurants, it starts to make less sense.

Then along came Covid-19, and our wishful thinking became a hurriedly constructed reality.

Delivering the magic of remote editing was however thanks to the herculean efforts of post house staff and their production company clients throughout the UK, and after a shaky start with the inevitable teething troubles of new tech, I lucked out and on my second remote project got to work with the presciently named Virtual Post Production. Jon Lee’s company is a Brighton and London based post house that has spent years sharing the vision of remote editing and had perfected the end to end kit editors were crying out for. They had developed a flight case ready Teradici solution that delivered a suite with 34” Ultrawide monitor, microphone and speakers, and the tiniest local PC cube, which hooked you straight into an Avid a hundred miles away. For less tech savvy editors worried about depending on their own home kit, this pop up, edit-suite-in-a-box convenience was a godsend.

I loved the way the mouse could copy on the local PC and paste straight to the remote PC, a seemingly Potter-esque feat. The whole process was smooth, and I sometimes forgot the Avid was not in front of me at all.

The suite of tools meant you could publish your Avid timeline, or the Client monitor directly to a secure web page so your Production team could view on any device a live playback from your Avid as you worked. This allowed old-style two-way discussions on alternative shots or music in real time. Bingo!

For the Facebook group it has not all been choirs of angels. Some are missing the banter and buzz of big projects in a busy post house, for most though, it has been nothing short of a revolution for their work-life balance, a “game-changer” said one. Parents in particular finding it delivers the seemingly impossible marriage of being more productive and family friendly at the same time. “Ditching the commute” was cited as the major selling point, and editors like myself, based in the nations and regions, who usually work away from home during the week can now access a greater breadth of high-profile work while still sleeping in our own beds.

This is a seismic opportunity in my view. Ours is still a fragmented cottage industry with people too busy and frankly too fearful for their jobs to demand change. Big multinational content producers are increasingly moving towards a global marketplace for talent, and our domestic industry increasingly seeks a fairer distribution of creativity across the regions.

A remote working culture offers a credible way forward, matching the right editing talent with the right project for the benefit of all. We need to banish the existing cult of presenteeism to the history books, along with overpriced edit hives (however nice the on-demand Flat Whites).

Hopefully, one good thing to come out of these unparalleled challenges we have all faced, is an ongoing liberation of the creative workforce from the geographical and cultural shackles of our industry. Creating an acceptable work / life balance in a job that already demands so much of us is surely a bonus for everyone. The remote working Genie is out of the bottle, hopefully it is here to stay. 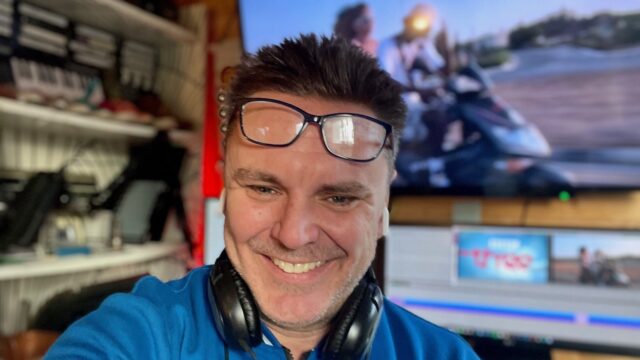 I love the technical side of editing, for me it’s where shows come to life and this love is what led me to a career shift, spending the last 7 years as an editor after 20 years as a director and series producer on shows such as Big Breakfast, Big Brother and TOWIE

When I started out, a good friend of mine at the rather superb Run VT was kind enough to lend me one of his more elderly machines and off I went. The sticking point though was always the movement of physical media. In those days, the London centric nature of our work was as much about the long-established tradition of an obsession with arty mirrors and runners and posh coffee as it was the necessity of transporting a physical drive from A to B if it was anything over 500 GB.

Today of course, kit is way cheaper and much more powerful. You can run the latest cutting-edge software for what is basically peanuts, but the perverse issue remains that as the kit gets more powerful, the resolutions also increase and we’re back to the same point, HD, 4K, 8K, you simply can’t move the media again.

I was working on a series as lockdown hit, so I quickly transported myself to “Studio 3”, my shed which is the iconic evolution of Studio 2, my garage. Let’s admit it, there’s no mystery left. As every post house was forced to do, we were all quickly tapped into the edit suite itself, basically a 20-mile cable into 30 different suites. We all had to learn to do the job from this new environment but crucially this time on our own kit. This presented various levels of capability for each individual’s own equipment but with one consistent factor that frankly drove me and my peers mad – the seemingly innocent yet crucial issue of latency.

Even a half to one second lag when you are under pressure to produce at speed due to ever dwindling budgets means that of course it’s annoying, and let’s not underestimate that in the working from home/being a reasonable person vortex, but on a technical level, the inevitable impact is machines crashing and the job simply stopping. That’s not an irregular occurrence as they say, IRL, but when you’ve got a nice person in house on tech support and that arty mirror to stare at and that nice runner to bring you posh coffee, then it’s easily resolved. We editors don’t want to get under the bonnet, we want to press buttons and tell the story and make it beautiful.

There’s a rumble on social media professional groups that freelancers are being exploited at the moment – clients know we’re at home and with the awful context many indies are now working in, the pressure to work later and longer for less is apparent. I get that, this is now about survival and people’s jobs, not profiteering. I worked recently on a series with the Brighton based Virtual Post, and they, as their name might imply have had this vision for some time. This was made very clear.

A cool young skateboarder technical whizz (also operations director at Virtual Post) arrived at my house with a van of state-of-the-art technical kit, I was able to cherry pick what I needed and she then smoothly set it all up in less than 30 minutes. She checked my internet speeds could take the set-up, ran an ethernet cable and then I was away, zero lag and full support so if there were any problems, I could have a cup of tea out of my own kettle and a stare at my train set/record collection/shed walls, just like the old days, sort of. I was hugely impressed by the uniformity and technical support offered, like they’d thought of all of this before, which by their name, I suppose they had.

Don’t get me wrong, remote working doesn’t work for all shows, post houses are essential when you need to get into the creative heat of a show 1 say, or for grand productions with large inter-connected post-production teams. But for formatted programmes under pressure, there’s nothing like it. I do miss my work pals on a daily basis and the buzz of a creative team environment. Let’s hope production levels soar in 2021 to fill the voids left by this truly singular year. Here’s to high crops for everyone as we take the best of Virtual and team working to make our industry the best it can be for all.