Behind The Scenes20.05.22
The grade: Fantastic Beasts: The Secrets of Dumbledore

“In speaking to David, it was clear he wanted a gear change to how the film looked and felt to move the story forward, but I was lucky to have this amazing look book that I seized on for inspiration,” begins Richmond.

With artwork by artists Jack Dudman, Eva Kuntz, and Dermot Power providing the foundation for the film’s look, Richmond settled on a large format sensor and a return to anamorphic.

Senior colorist Rob Pizzey first met David Yates when they had a LUT building session for pre-production. “George had a small set built with characters in costumes lit with different lighting conditions. We created a filmic look with a softer, cooler bottom end.” 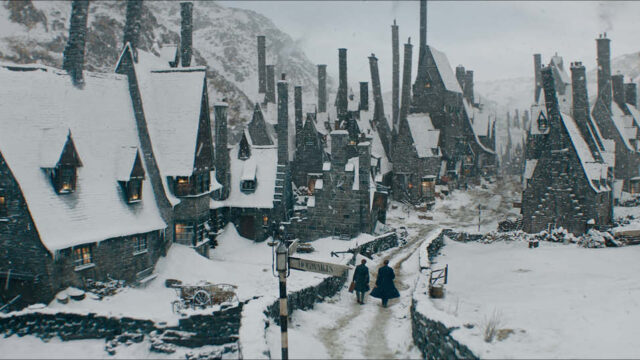 “Once George was happy with the look LUT from the DI, I knew on set that everything would be fine. The dailies are always a good reference point when starting a Colour Bible session for the primary grade.”

Cinelab’s CTO and colorist, Joshua Callis-Smith, managed the dailies grade, working on set in a hybrid DIT and dailies colorist role. Social distancing made working closely with the DP difficult, so Callis-Smith patched a feed out of DaVinci Resolve onto a separate monitor for Richmond and used a Smart Videohub router to switch between the live image and dailies grade as required, with the pair talking over comms.

Incorporating a darker tone in this film, which Callis-Smith explains to be “more in line with Harry Potter and the Half-Blood Prince,” provided some challenges in the DI.

The scene in the Chinese jungle with Newt and the Qilin at night as it transitions to the early morning is one trickier example given by Pizzey. “We wanted to keep the darkness and atmosphere, but also, the audience had to be able to see everything. We used lots of subtle shapes to manipulate the image to make it work.”

How a scene is graded is so crucial for storytelling according to Pizzey. “When I carried out my first pass on the interior of the German Ministry of Magic, the scene looked awesome on its own, but in the story, it didn’t work. We darkened and muted it down to make the scene more intimidating, and this worked so much better. 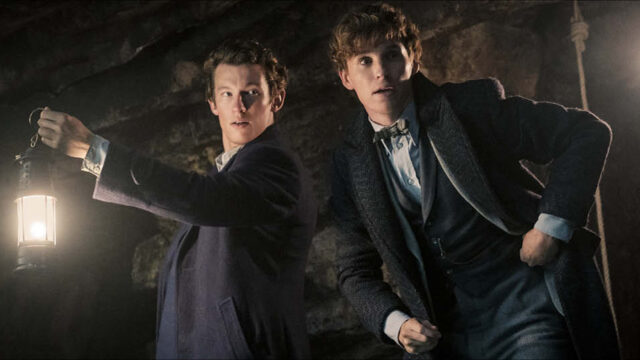 “As with most big features, certain VFX scenes deliver at a later date, and this was the case with this film. We had a month off from the grade, then a crazy two weeks where I finished all of the different deliverables,” says Pizzey.

Goldcrest, led by Executive DI Producer Jonathan Collard and CTO Laurent Treherne, was involved in setting up the original VFX pipeline, with the show LUT ensuring the consistency of look was retained through dailies and VFX through to the final DI.