Visual Effects Supervisor Simon Carr and CG Supervisor Ashley Pay were tasked with recreating the Los Angeles street for a sequence using LED rear projection., evoking the traditional techniques used during the period to which the movie pays homage to. 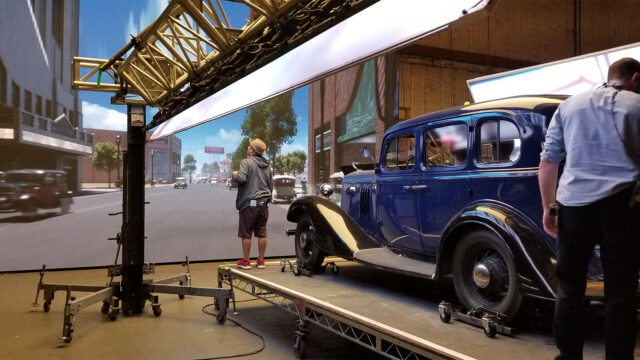 The Territory Studio team spent time in LA in pre-production, working closely with David Fincher to create his exacting vision. Using a selection of archival footage, maps and old photography supplied by the Art Dept researcher, coupled with their own research and B&W photographic references captured while driving on Wilshire Blvd to inform lighting and texture in the CG scene, Ashley and Simon began to rebuild the famous street as it would have appeared when Herman J. Mankiewicz and Sara Mankiewicz drove down it in 1934. 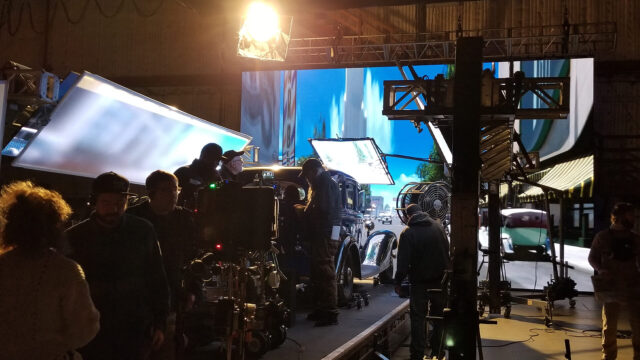 Rear Projection, a classic technique of early Hollywood production, was chosen for the scene by Fincher to pay homage to the films that were created during the era setting of the film. However, his goal was to update it with modern digital techniques rather than simply recreate it. Planning and efficiency in the VFX build was key to the success of the sequence and a guide cut was created for the street runs using a CG previz build. This allowed the team to focus all of their attention on the specific parts of the street that would be seen on screen, as opposed to losing time and effort creating a full model containing unseen elements. 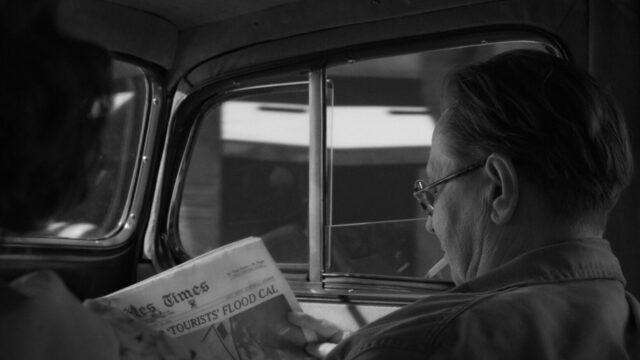 The details were key to the sequence in order to help transport not only the actors but the audience back to Wilshire Boulevard in 1934. Much like the flats of studio lot films from the era,  only sections of iconic buildings such as the ‘Fox Wilshire’, Cresswell Drug Store, the Coffee Drip and numerous Gas Stations were created, their roofs and walls not needed if not in shot. 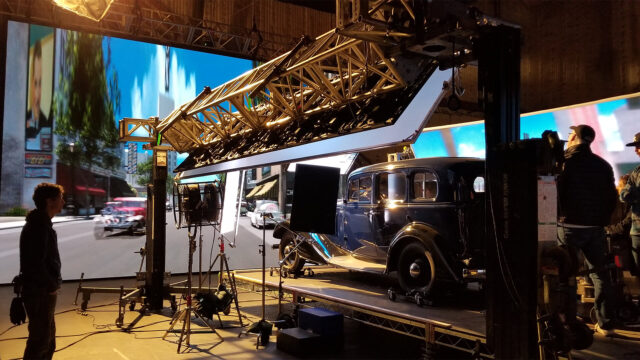 This focus on details, such as the texture of walls, the period accurate trees lining the sidewalk and the movie posters adorning the theatres walls helped create an immersive viewing experience on screen. 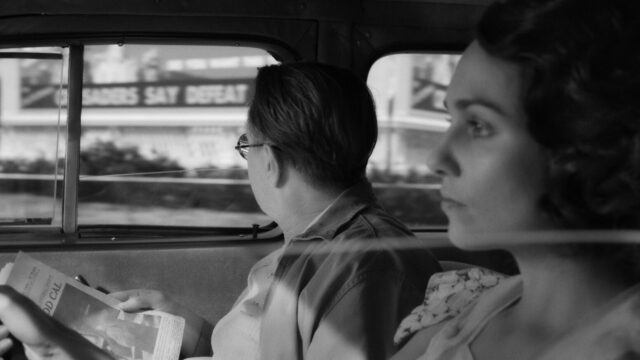 Another big challenge for the Territory team was creating the street in black and white. Fincher and DP Erik Messerschmidt were shooting native, digital black and white footage, rather than desaturating colour footage during post-production. The team chose to create the build of Wilshire Boulevard in colour for “rear projection” via LED screens, matching to the live action car and actors that would be seen on set. The camera’s sensor would then capture the whole scene in black and white during the shoot. 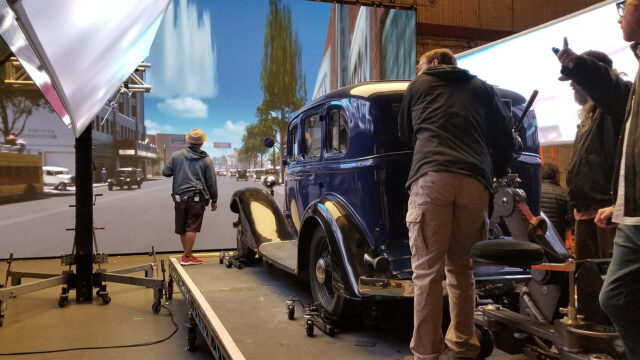 To facilitate this process and ensure an accurate result the Territory Studio team viewed their work internally with a black and white LUT (look up table), which matched Fincher & Messerschmidt’s reference footage, allowing them to preview what the final image might look like in advance, giving greater control over textures and contrast levels which were significantly affected by the monochrome look. 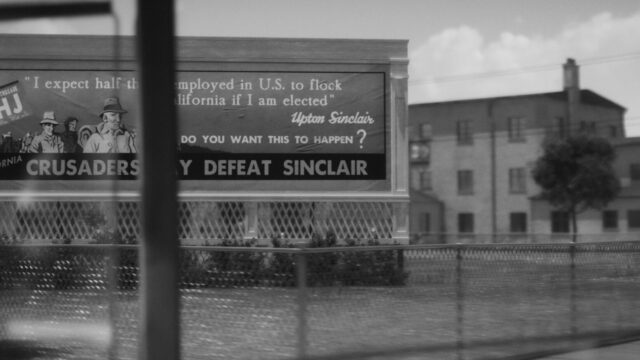 Simon Carr, VFX Supervisor at Territory Studio commented:“It was a great privilege to work on such a visually stunning movie for an eminent director, and to be able to dive into recreating the period details of 1930’s Wilshire Boulevard.  To see the sequence come together in-camera as a perfect blend of old style and new technique is the essence of how VFX should be used.’ 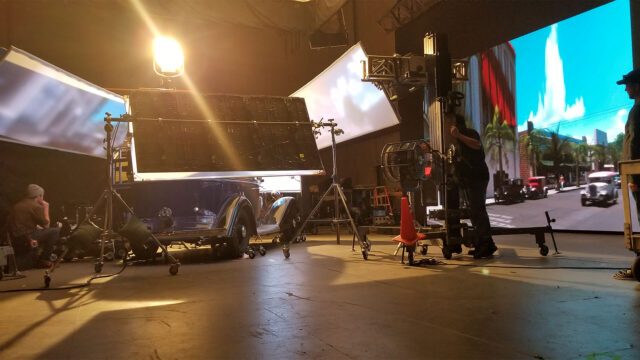 The Territory team worked closely with Mank Co-Producer, Peter Mavromates who commented: “Mank is a movie for the cineaste, there are so many references to Hollywood myth which illustrate the attention to detail that went into making it.  Territory Studio also showed meticulous attention to detail in recreating 1930’s Wilshire Boulevard.  What I particularly enjoyed about working with Territory is how much they love solving puzzles, both creatively and technically, and when you do that well, movie magic happens.’ 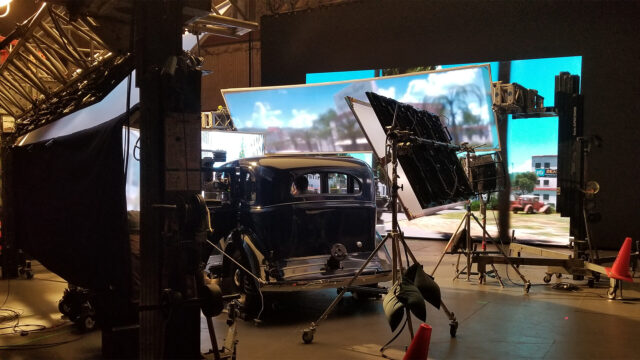 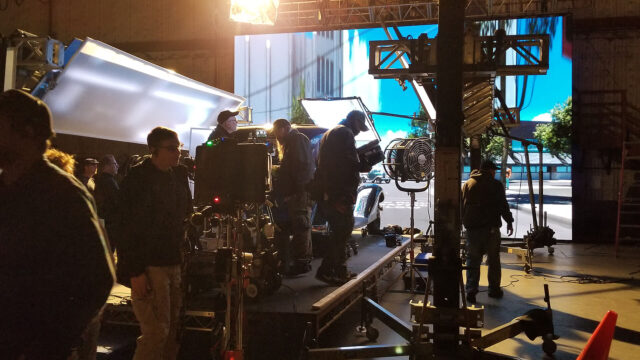 Visual effects studio Absolute has been acquired by Envy. Following almost 20 years on Soho’s Poland Street, Absolute will relocate to a flagship six-storey facility in Fitzrovia, with Envy Advertising operating under the Absolute banner. Envy’s broadcast >>>

Jam VFX has appointed Libby Behrens as operations director. Behrens has worked in the industry for over a decade in London, Los Angeles and New Zealand. Having previously been a producer she has extensive knowledge around the >>>
Prev Post
Next Post
This website uses cookies to improve your experience. We'll assume you're ok with this. I've read this
Privacy & Cookies Policy