From the unlikely success of Mrs Brown’s Boys to the box office bonanza enjoyed by The Inbetweeners, it’s a buoyant time for British comedy.

Shows such as Stella, Fresh Meat, Rev, Miranda, Friday Night Dinner, Pram Face, Twenty Twelve and Stewart Lee’s Comedy Vehicle have enjoyed critical acclaim. Noel Fielding’s Luxury Comedy and Foneshop have won a loyal tribe of fans, while mainstream hit Harry Hill’s TV Burp is bowing out on a high, Michael McIntyre and Peter Kay are mixing TV with stadium tours and Peep Show is still going strong and about to go into its eighth series. That’s not to forget other favourites including The Trip, Grandma’s House, Trollied, Benidorm and This is Jinsy. 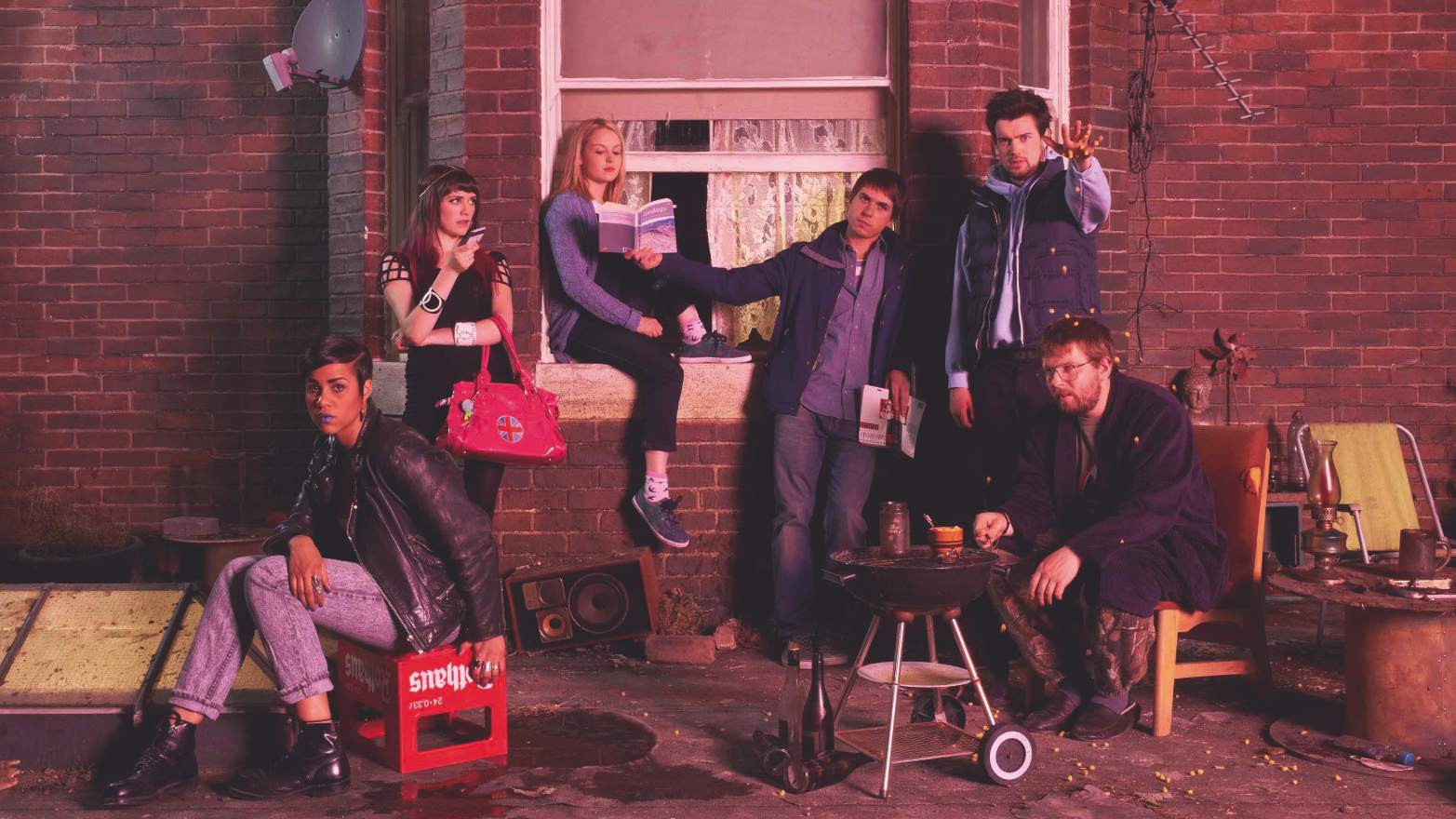 Undeterred by the UK’s economic situation, broadcasters have been ploughing investment into comedy in recent years in search of channel defining hits.

Sky has famously ramped up its output from a standing start, investing heavily in a huge slate of comedy. Channel 4 has trebled its output in the last two years to help fill the gap left by Big Brother, while Comedy Central has been commissioning its first original British content and UKTV has just pledged to invest “several millions” in comedy. Even ITV, whose few comedy credits include Benidorm, is looking a bit more interested in the genre. It’s just ordered a comedy pilot starring Russell Tovey. 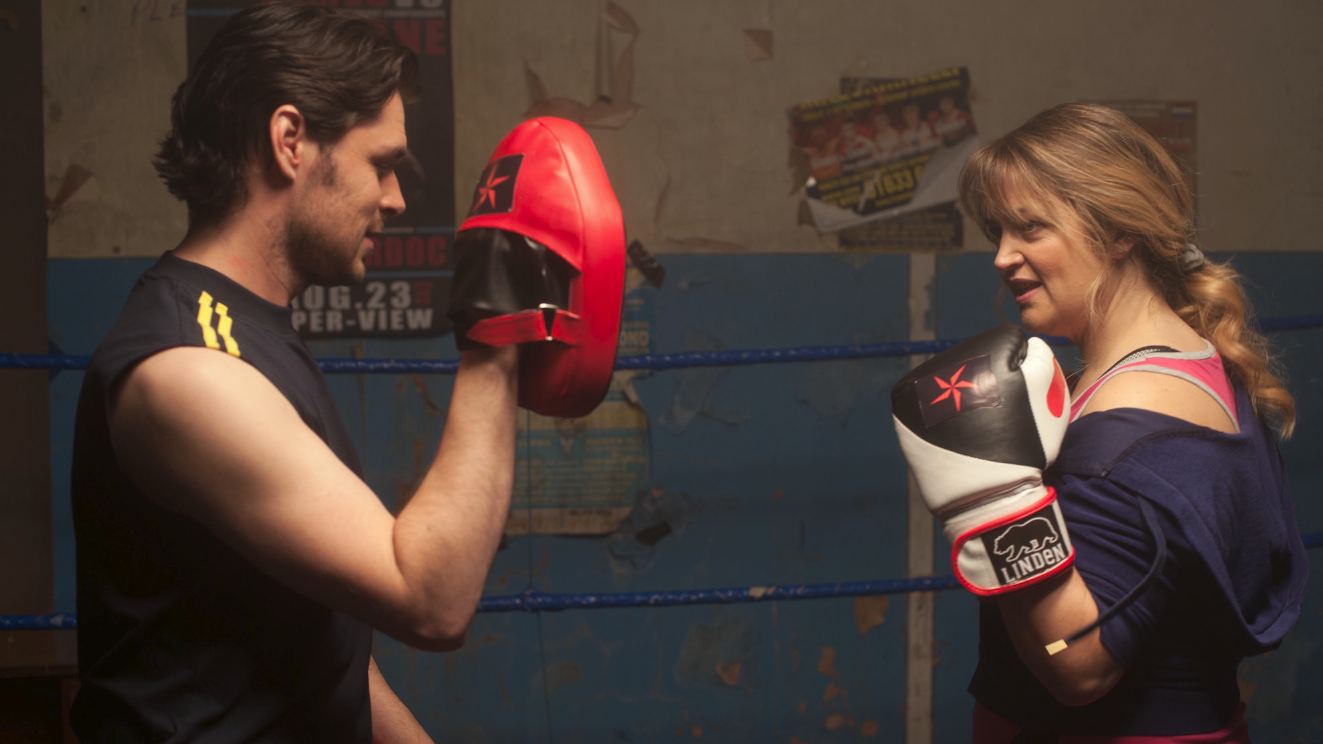 “Comedy is the ‘it’ genre at the moment,” says BBC controller of comedy commissioniong Cheryl Taylor. “From having been something that broadcasters shied away from and being seen as a market failure genre, it has exploded and is the genre du jour.” Sky’s head of comedy Lucy Lumsden adds: “It’s an extraordinary time for comedy.”

“I can’t remember a time when so much comedy was being made,” adds Graham Smith of development consultancy Grand Scheme and a former comedy commissioner. “It’s a great time to be making comedy because there are so many places to take it.” It means that leading comedy production companies, such as Big Talk, Objective and Rough Cut, are very, very busy.

Broadcasters, it seems, very much recognise the value of comedy compared to genres like factual entertainment and entertainment. Even though it’s an expensive upfront investment, comedy can pay long term dividends. As Friends proved, broadcasters can practically build a channel by repeating a hit comedy series. A successful comedy has a very long shelf life.

However, the decision by broadcasters to order more and more comedies is creating strains in the marketplace. “Production talent is thin on the ground,” says Channel 4 comedy commissioner Nerys Evans. “When you go to a production company and you want something made, you’ll find their ‘A’ team will be busy on something else.”

In particular, Sky’s move to order long runs of shows, like 27 more episodes of Trollied, is having a distinct knock on effect. Evans says: “We’ve discovered that the list of comedy directors, which is always small, and comedy producers, which is even shorter, and the freelance people who you can go to who are brilliant with scripts and see a series through – they are being sucked into very long productions.”

It’s a point echoed by the BBC’s Cheryl Taylor, who says comedy is now a sellers’ market. “Comedy writers and producers are quite a small gene pool…and the gene pool will probably take a couple of years to expand, as more directors, producers and drama writers try their hand at comedy because they know there will be a market for it.”

The demand for onscreen talent is just as acute. And it’s not just from rival broadcasters. Comedy is now big business, with top talent commanding millions of pounds from stadium tours. Talent has long migrated from comedy to drama and then on to films, as the careers of Ricky Gervais and Ali G prove. But the theatres of the West End are an increasing draw, with the likes of James Corden, Lenny Henry and Olivia Colman performing on the stage.

“There’s a massive number of well established comedy personas acting in the West End. In terms of booking people in for a series, this has caused a big problem for supply,” notes Taylor.  “The comedy genre, and everyone in it, seems to be enjoying an all time popularity high. That is great, because it feels buzzy and buoyant, but we are all going to have to be on our toes and think ahead and commission earlier.”

The marketplace for comedy might have improved, but the production climate has not necessarily got better. Broadcaster budgets are tight, particularly at the BBC, where they have gone down between 10-20%. And talent costs are rising. As a result, there’s a discernible trend for comedy producers to follow in the wake of the drama community by seeking co-production funding to make up broadcaster shortfalls. The BBC’s Episodes is a co-pro with Showtime, while Life’s Too Short was co-produced with HBO. “Being ingenious about where you find co-production money will be quite a big factor going forward,” says Taylor.

The BBC
BBC1 has been busy ramping up its sitcom output, and now has five on its slate – Miranda, In with the Flynns, the upcoming Citizen Khan, Not Going Out and Mrs Brown’s Boys. The strategy seems to be working, with a sitcom like Mrs Brown’s Boys really paying off compared to single camera pieces like The Royal Bodyguard.

In fact, Mrs Brown’s Boys is arguably the big comedy hit of the year. Although it has divided critics and even the country (it is more popular with older audiences and outside southern England), the second series has proved a huge success with consolidated ratings of over eight million. Cheryl Taylor puts its success down to being a ‘proper family show’ (in fact, most of the cast are related to its star Brendan O’Caroll) – with a “compelling family narrative and Brendan as this entertainment engine, charging around giving huge laughs and a very high gag rate.” She thinks it appeals to viewers the BBC has struggled to reach in the past. “People are really enjoying a brazen, cheeky and possibly old fashioned show,” she says. “Maybe in times of austerity, people want to be reassured.”

Looking ahead, Taylor says she’s looking for a “really modern, fresh, single camera piece that feels like Outnumbered and to some degree Modern Family and that is big on laughs. And I’d love a precinct show – a Dad’s Army or Vicar of Dibley type – which is something we haven’t got.” She is also looking to develop a couple of broken comedies or sketch shows on BBC1 and BBC3. 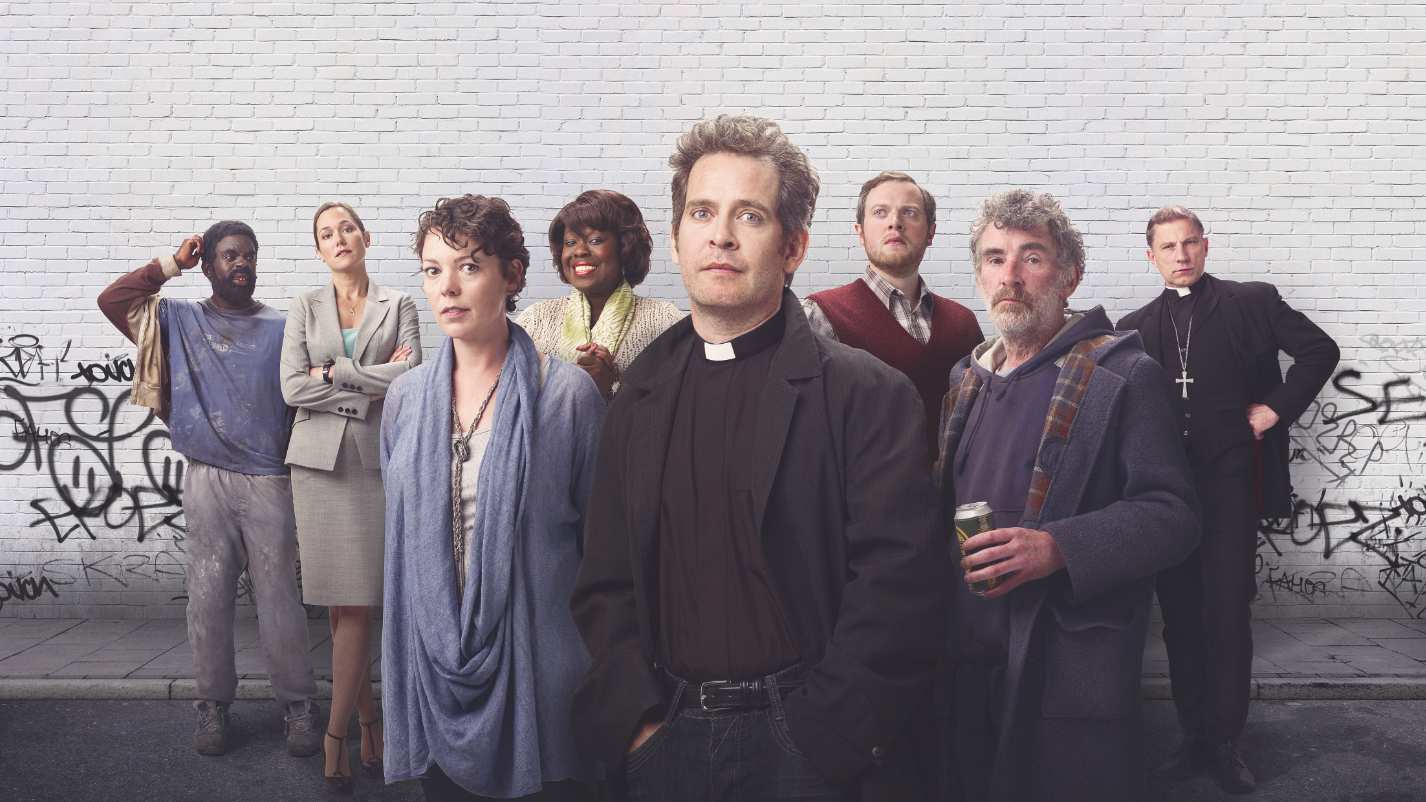 The move of Miranda to BBC1 has also opened up some opportunity on BBC2. Alongside the channels’ “authored, pause for thought pieces” like Rev and The Trip, Taylor says she is possibly on the lookout for a few studio shows that appeal to the channel’s “adult audience who also like big laughs.”

Meanwhile, BBC3 under Zai Bennett has embarked on a big comedy push and is increasingly defined by comedy such as Pramface, Him and Her and the upcoming Bad Education, Some Girls and The Revolution Will Be Televised. And despite DQF budget cuts, Taylor says that BBC4 is still in the business of comedy – citing upcoming Brian Cox starring series Bob Servant Independent, about an opportunistic, would-be politician.

Sky
Over at Sky, the comedy revolution that was kicked off by Lucy Lumsden following her arrival from the BBC in 2009 is in full swing. Inaugural series Spy, Trollied, This Is Jinsy, The Café and Mount Pleasant have all been recommissioned for a second run. New shows by or with Chris O’Dowd, Charlie Brooker, Joanna Page, Matt King, Kathy Burke, Sally Phillips and Julia Davis, are all in the works.

It’s a phenomenal range of output and Lumsden says Sky does feel very much ‘under the spotlight’ because of its concerted push in to the genre. “I’m very concerned not to dilute the quality just for the sake of having lots of hours of comedy – we are very picky.”

She thinks that Sky comedy, which plays across Sky One, Sky Living and Sky Atlantic, has helped the broadcaster reflect modern Britain much more, rather than just being about bringing in the best shows from the US. Indeed, she jokes that Sky comedy has ‘conquered’ most bits of the country, noting that Starlings is set in Derbyshire, Stella in the Rhonddha Valley, Trollied in Warrington, Mount Pleasant in the suburbs of Manchester and The Café in Weston-super-Mare.

Channel 4
Channel 4 comedy commissioner Nerys Evans stresses that her remit is “to take chances and to be able to be more risky and look for alternative voices and viewpoints” – unlike the broader comedy on offer at the BBC and Sky.

She cites Foneshop, which is coming back for a third series. “It’s so genuine and authored. The people that like Foneshop think it is the best show ever. We don’t necessarily want everyone to like it because then we would be doing something wrong. We are looking for tribes and giving them a show to identify with, even if it is a smaller demographic or group of people.”

On top of returning shows such as Friday Night Dinner and Peep Show, she says there is a raft of shows to come in 2012, some of which have been unearthed through C4’s pilot schemes, Comedy Lab and Showcases. C4 has also just launched Comedy Blaps, a new vehicle for piloting short comedy online. In fact, C4 has just commissioned its first pilot from a Blap – which Evans describes as a “brilliant little petri dish for growing talent.”

There’s also some broader fare to come, including The Angelos Neil Epithemiou Show, which follows a C4 call for comedy which can attract wider audiences.

“We’re very proud of how authored things are here,” says Evans. “We trust writers to write what they want to write and then we get behind them.”

This article is taken from the March issue of Televisual