The new 1950’s set drama from Warp Films and Sky Atlantic follows wealthy heiress Lucy Savage, played by Juno Temple, who is looking forward to being reunited in Morocco with her fiancée Hugo – an English Lord played by Hugh Skinner. When Hugo does not receive her as enthusiastically as she hoped, she spins down the infamously decadent rabbit hole of the Tangier Interzone. 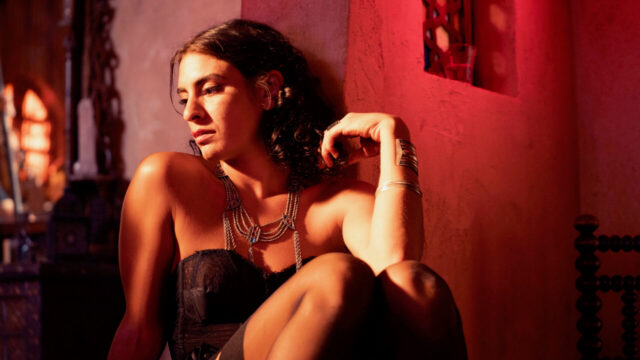 “The dramatisation of Little Birds was imagined as a vibrant, stylised melodrama from the outset, steeped in a rich dynamic palette that would push its own boundaries and seek to realise an aesthetic of wondrous colour and a creative expression of visual stimulation,” said Rutherford.

“Within our Little Birds world, we liked to embrace the idea of going on a journey of colour – as the hedonism and intoxication of life intensifies through the episodes, so does the colour contrast and saturation,” said Coles. “Skies were treated and enhanced and sometimes given strips of colour just to enhance our strange, exciting and unique world. The raw format gave me lots of scope to really push colours to incredible levels. And with very little filtration used in camera, Ed gave me the chance to add lots of texture, depth and diffusion as part of the grading process! Grades, vignettes and selective defocus were also used to accentuate our look. I am looking forward to pushing the look further in the HDR grade.”

“Ed and Dan brought an amazing amount to Little Birds,” said Executive Producer Ruth McCance. “We were going for a very particular look that had to suggest the big, bold melodramas from the 1950s that inspired us, yet also feel fresh and modern. But we didn’t want an empty pastiche – it had to be emotional and relatable and draw audiences in as well. The last thing we wanted was for the look to be so stylised that it distracted from the emotional world we were trying to create. So it was a very fine and challenging line to find, sustain and develop over six episodes and Ed and Dan walked it beautifully together. We are delighted with the look and feel of the series.”

“The excitement Dan took in developing the LUT package during prep was something that I always recognise in his approach and it infused the project from the beginning with a sense of ‘sentiment de lumiere’ – a ‘feeling’ for the light,” said Rutherford. “I encouraged Dan to push our look and he was quickly able to respond with shooting LUT’s that were out of the ordinary, with the most exciting rendering of colour and contrast I’ve been able to take to any set so far.” 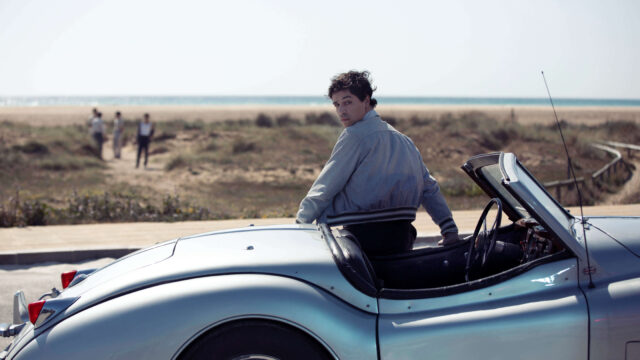 Technicolor London Sound Mixers Gareth Bull and Richard Straker worked closely with Executive Producers Ruth McCance and Peter Carlton and Producers Karl Liegis and Michelle Camp on the soundscape for Little Birds. “The vision was for the Tangier soundscape to be rich and lush with definite moments of near-silence to underpin tension,” said Straker, who navigated the team through Technicolor UK’s first Dolby Atmos Mix.

“Atmos gives us incredible flexibility when creating the soundscape. It means that we’re able to place sounds very deliberately in the listening environment, which mirrors much closer how we experience sound in the real world,” explained Straker. “As well as the extra surround speaker fidelity, we now have ceiling channels, which adds another dimension to the sonic world, enveloping the listener even further into the story.”

Richard and the team made us feel really at home,” said McCance. “The mix worked out brilliantly. It was a complicated soundscape with an unusual score and a lot of commercial tracks, so it was a delicate and quite cinematic balance we were going for. Like the picture, it had to be heightened but not over the top stylised – harder than it looks to pull that off but they did it wonderfully.” 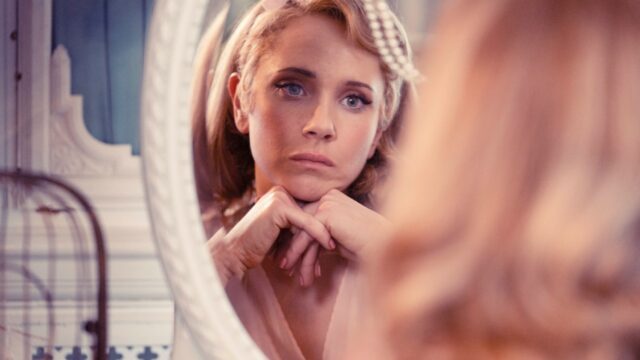 “A lot of our energy went into set piece sequences such as achieving 1955 New York, the trans-atlantic cruise ship, and a fair bit of technical and creative work in and around the farmhouse finale,” said Brown.

“Ed and I had many brainstorms about how to achieve the crane shot that establishes the ship after its arrival in Tangiers – whether it should be a drone or crane and what the pros and cons of each were,” explained Brown. “We provided both previs and techvis to help make our decisions and inform the team. We also had many creative chats about both the lighting and the look of the finale in Episode 6. I remember being in Dan’s Baselight suite with both Dan and Ed getting completely carried away – with the pair of them developing this surreal yet stunning look that Director Stacie Passon was after.”

“Most of the post was accomplished under coronavirus conditions, so we worked remotely” said McCance. “Our director was in New York, I am in Stockholm, Peter Carlton (Warp Films Joint CEO) is in Derbyshire, and none of us could travel. Post Producer Michelle Camp and the team at Technicolor reacted very quickly and cleverly to the lockdown and subsequent working restrictions, so we were able to stick to what was quite a tight delivery schedule thanks to Technicolor’s review application TechStream and the resourcefulness and commitment of everyone involved.”

Outpost VFX, has made four senior creative hires in the UK. Formed in 2013, Outpost VFX has worked with global content creators such as Netflix, Amazon, Universal, HBO and Apple on productions including The Lord of the >>>

Post production house Molinare has appointed Helen Miles as re-recording mixer. Previously sound engineer at the facility, in her new role she will join the award-winning team of re-recording mixers, working across the company’s Film, High-End TV >>>

Creative sound supervisor and re-recording mixer Jamie Roden has joined the UK roster of the Formosa Group, a part of Streamland Media and will be based at its Formosa Trident facility in Soho, London. Roden brings over >>>
Prev Post
Next Post
This website uses cookies to improve your experience. We'll assume you're ok with this. I've read this
Privacy & Cookies Policy