Stage Fifty is opening its second film studio site in the UK, Winnersh Film Studios, in the Thames Valley near Reading.

The studios are operational now, with stages complete in 2022 including a purpose-built 30,000 sq ft stage that will house the world’s largest fully encapsulated VP volume.

With offices and workshops operational now for pre-production, the stages, including a 30,000 sq ft stage for the VP volume, will start welcoming productions next year. 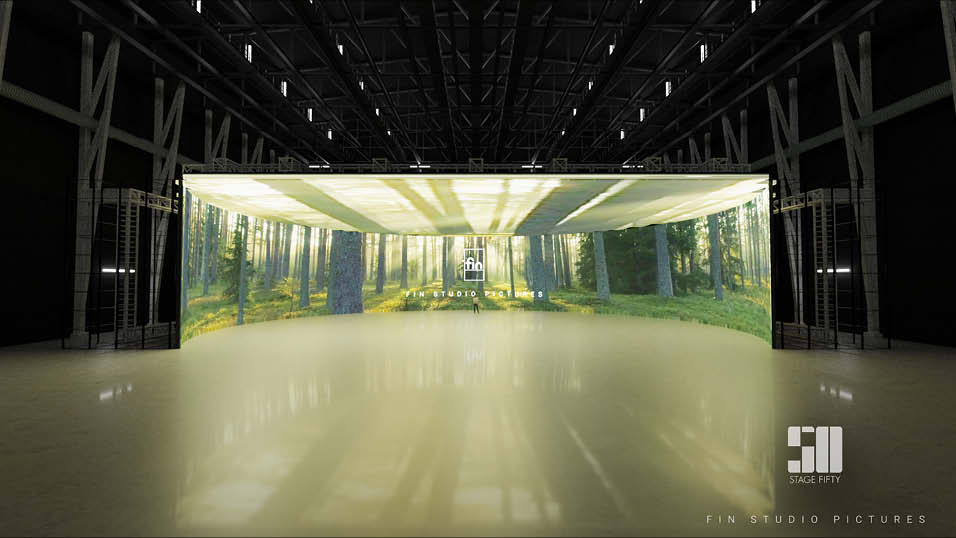 “Together with our manufacturing partners, SPANTECH, we’re building the new sound stages, including a 30,000 sq ft facility to house the world’s largest VP volume, which we’re developing with the team at Fin Studio Pictures.

“Our stages are robust, high-quality and quick to build. And as 90% of the construction materials are reusable or recycled, they’re more sustainable too.

“We worked with Frasers Property to secure the space for the new studio at Winnersh Triangle Park. It’s in a great location with fantastic facilities already in place. Wokingham Borough Council and the Local Enterprise Partnership are investing in the transport infrastructure to support more sustainable travel, which was another reason for choosing Winnersh.

“One of the biggest challenges our industry is facing is the availability of skilled crew. We have exceptional talent in the UK, but there are not enough people to meet demand, so we’ll work with the local community to offer training and apprenticeships to support the next generation of great British filmmakers.

“The substantial investment in the site will grow the UK economy, support existing local businesses and create hundreds of new jobs at the studios and throughout the wider supply chain.

“We’ve redeveloped existing spaces on the site to create offices and workshops that are in use now, and the stages at Winnersh Film Studios, including the VP stage, will be operational in 2022.”

Adrian Wootton OBE, Chief Executive of the British Film Commission, said: “Today’s announcement of the opening of Stage Fifty’s Winnersh Film Studios is brilliant news for the UK’s screen industries. Our industry is experiencing a phenomenal growth period. Indeed, the demand for content has never been greater, which in turn is driving the need for greater skills development and additional studio space, services and facilities. The creation of additional stage space capacity such as that at Winnersh Film Studios will help considerably in ensuring that the UK remains a global leader in international screen production.”

Winnersh Film Studios will build on the infrastructure and amenities already on the 90-acre business park, including a hotel, data centre, nursery, sports hub, cafes, restaurants, and an award-winning audio post house.

Winnersh Film Studios is easily accessible from the M4 motorway, 25 minutes from the M25 and less than 30 minutes from Heathrow airport. The campus has a dedicated rail station providing direct and frequent rail services to central London and Reading.

·       Screen raises 15m to gantry allowing sets to be built below

·       Both ceiling and wall can be independently moved, allowing filming runs of 60 straight meters to screen.

Channel 5 has announced at Sheffield DocFest a new four-day landmark event series, Dinosaur – with Stephen Fry. The show will be presented by actor, writer, and dinosaur enthusiast, Stephen Fry.  The show will chronologically tell the >>>
Prev Post
Next Post
This website uses cookies to improve your experience. We'll assume you're ok with this. I've read this
Privacy & Cookies Policy