Soho Media Club is launching the Be You Festival on 14th July in Soho. TV and film industry trailblazers are set to take to the stage to lead honest discussions about inclusion, diversity, talent and mental health in film and TV and challenge the status quo.

Building on the success of Soho Media Club’s monthly networking meetups, the Be You Festival is a one-day programme with panels, fireside chats, workshops and career meetups, as well as networking opportunities.

The programme is organised into four themes running through the day: Content Making impact; Equity and Inclusion Behind the Camera; Next Gen Talent and Skills; and Media Culture: Mental Health and Wellbeing.

It will take place in Soho venues including The Dolby Screening Room, Picture House, Gravity House and  Zero One.

Teddy Nygh and Nick Bedu, co-founders of Fully Focused, the UK’s leading youth-driven and youth-focused production company, will talk about creating award-winning, high impact content for and with a youth audience, including the recently launched BBC3 sitcom PRU about a pupil referral unit.

Featured speakers include directors Ursula Macfarlane and Coky Giedroyc. Macfarlane is known for Untouchable, a documentary looking at the rise and fall of disgraced Hollywood producer Harvey Weinstein; upcoming is a documentary on Anna Nicole Smith. Giedroyc’s credits include TV dramas Save Me and Harlots and feature films How To Build a Girl, upcoming Take That musical Greatest Days.

Jules Hussey, founder, Brazen Productions has worked as a producer on You Don’t Know Me for the BBC/ Netflix, Catherine the Great for Sky/HBO. She is a disability campaigner, currently working on the much-anticipated BBC A-Word spin-off Ralph and Katie, directed by and starring disabled talent.

Ace Ruele, motion capture actor, Creature Bionics, one of the UK’s leading actors within the motion capture/VFX industry will give a talk entitled,  Exercise your potential to create your own path. Ruele has worked on titles including Marvel titles’ Eternals and Antman Quantunmania, feature films The Matrix Ressurrection and The Legend of Tarzan and video games Planets Of The Apes Vr, The Inpatient and Daymare 1988.

“Soho Media Club meet-ups have attracted a wide and diverse audience from all parts of the industry, at all levels – from students and runners, to directors, producers, editors, commissioners, ceos and company owners. It made us realise that people in TV and film want to widen their connections, share their stories and there’s a real momentum to change things for the better. The time is right for the Be You Festival to help move the dial and celebrate the TV industry in all its diversity” said Jaisica Lapsiwala, co-founder, Soho Media Club.

Tomasz Witkowski, Co-founder of Soho Media Club says, “After two years of being at home, it’s important to give our community a platform to address their most current challenges and celebrate their achievements. We invite everyone to join us on the essential journey to create an industry committed to inclusion, equity, and belonging.”

The Festival Party will take place at Zero One and will feature Morris “Mo” Joseph Pleasure, former musician with Earth, Wind and Fire, whose professional career spans the world of American R&B and pop, through his work with Ray Charles, George Duke, Michael Jackson, Chaka Khan, Mary J Blige, Natalie Cole, David Foster and Bette Midler to name a few.

Sponsors and partners include

For more information and to book tickets, go to the Festival website.

Accessible Tech: Sarah Cox, Founder, Neutral Human , HaZ Dulull, Co-founder, HaZimation, Rhys Hancock, Co-Founder & MD, Metavision talk about the need for more inclusive technology, what changes need to be made and how the future of tech can be inclusive and accessible.

Society is shaped by the stories we tell, who tells those stories and for whom. Diversity makes television better and creates a better society. TV & Film Director, Coky Giedroyc and Film Producer, Jules Hussey are just two of panellists joining this session of dynamic content creators smashing the barriers and engaging with new audiences.

Part 2: Equity and inclusion behind the camera

Not just a brick in the wall

Exercise your potential to create your own path

Ace Ruele, Motion Capture Actor, Creature Bionics gives an inspirational talk on building resilience and carving your own future to make it in film and TV.

Accessible technology as a powerful enabler of inclusion

Whilst bleeding edge technology drives innovation, it’s important that this technology is accessible and helps, not hinders, the promotion of a more inclusive society. We bring together HaZ Dulull, Co-founder, Hazimation; Sarah Cox, Founder, Neutral Human and Rhys Hancock, Co-Founder & MD, Metavision to discuss the need for more inclusive technology, what changes need to be made and how the future of tech can be inclusive and accessible.

The myth of the artistic temperament

Is “cancel culture” long overdue accountability for the privileged or does it simply cancel diversity and honest debate?

Actions have consequences and some infractions are indeed cancel worthy. However, the danger of cancel culture could result in people not feeling free to express their opinions. Is this healthy for a democracy, which thrives when there’s diversity and respectful debate? Ursula Macfarlane, Award Winning Film Director and Reverend Peterson Feital, Founder, The Haven discuss this topical subject.

Workshops and meetups provide a safe haven to have frank conversation

Led by Matt Longley, Co-Founder, 6ft from the Spotlight will give producers the tools to proactively create a plan for meeting their duty of care to crew on location and gives crew the knowledge and confidence to ask the right questions when it comes to well being.

How to fund your diverse film.

Sean Ampah from Alliotts gives insight into how to put structure to your plan and value your content.

Bringing some lighthearted humour to the programme isOlga Thompson, a comedienne, actor, writer, singer and all round joy bringer! She’s also an Ambassador for Kidscape antibullying charity and speaks openly about mental health issues. 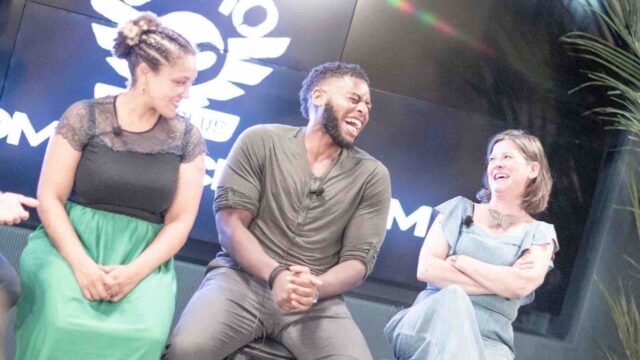 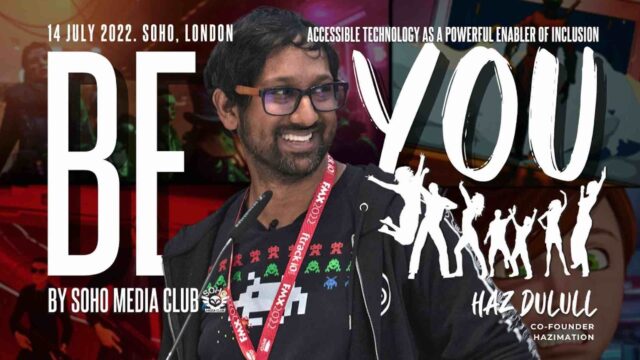