TV & Film31.01.22
Running a production company from a Hebridean island

Beatrix Wood, owner of TrixPix Studios based in the outer Hebrides, talks about the pros and cons of running an indie based in the remote Scottish islands. 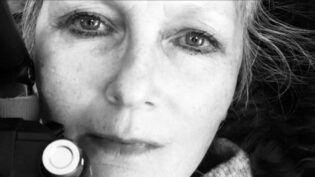 Painters often base themselves where the light is most favourable, and the light on the Hebrides is exceptional for filming, as is the unique access to stories on the doorstep, peace to create work, and the dynamic weather. It’s these that made the Outer Hebrides the go-to lockdown location for both tourists and TV programmes like The Grand Tour, The Misadventures of Romesh Ranganathan, Home Sweet Home and Wild Coasts of Scotland. These shows helped to significantly raise the profile of these beautiful isles, but they only show a short snapshot of what life is like here. What’s it like being based here all year round?

We are based in a purpose-built studio on South Uist, a 4–5-hour ferry journey off the west coast of Scotland. The location doesn’t stop us from producing internationally, from our studio we make documentary films for the UK and global markets.

There are sources of inspiration wherever you look in the Outer Hebrides. Our off-line edit suite looks out onto a loch and the Atlantic Ocean and the studio looks out to the bardic hills of South Uist.  This helps your mind roam free and conjure films like San Fhuil/It’s In The Blood, The Highland Cattle of Ardbhan, The Power of Yoik and most recently Maorach: Hebridean Shellfish which we have made for BBC Alba and is currently on BBC iPlayer. 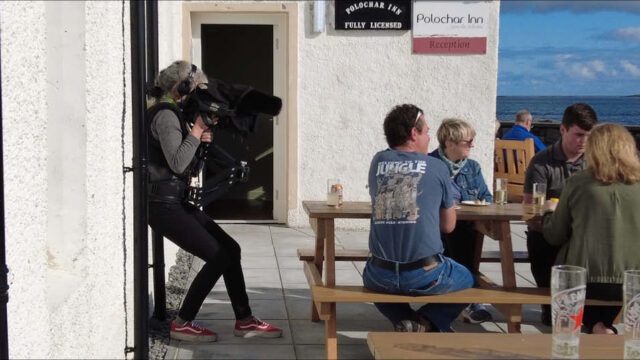 From a practical standpoint, shooting here has its own challenges. It’s often four seasons in a day, on any day of the year, so rugged and versatile equipment that is equivalent to a hardy Land Rover is essential. I’ve filmed in Siberia, Mumbai and Lapland, but it is only here that I’ve had to stand on the tripod spreader to stop it blowing away.

In terms of technology and infrastructure the islands are evolving to help us be more connected with friends, colleagues and clients around the globe. With our studio, CVP provides tech support and we undertook a full 4K upgrade last year. Fibre to the premises has transformed our digital file transfer capabilities and meant streaming for BAFTA View this winter has been bliss.

Being on an island doesn’t restrict subject matter (we’re currently developing a story in South America) but it does require self-sufficiency and multi-tasking. You quickly learn to wear many different hats which is why I became a self-shooting Director/Producer/Editor. 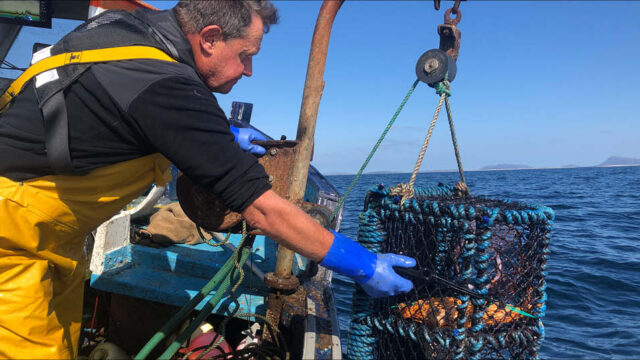 The talent base is growing here too. There’s an increasing range of people living on the Hebrides with production and audio skills, and there are also on-line and grading facilities on the neighbouring Isle of Lewis. It was a delight to discover landscape photographer Carla Regler had moved nearby and she undertook drone photography, BTS and stills on our Maorach film.

Editors from Brazil, Lebanon and Northern Ireland have come to work with us, along with local young talent who are invaluable and keen to help and learn. However, it is hard to find people locally with the skillset for roles like production management.

Developing relationships with producers on the mainland is an important part of sustaining our company. John Archer at Hopscotch Films in Glasgow was Executive Producer on Maorach and is on board for our next two films. This type of remote collaboration works well. I was a Producer/Exec for director Anthony Baxter on his BAFTA Scotland-winning Eye Of The Storm, and on Flint for BBC Scotland, which is due for US theatrical release in April via Cargo Releasing.

Those branching out from bigger cities and towns to shoot here call upon us for support. We shot part of The Scottish Island That Won the Lottery for Firecrest and Channel 4, the pilot for Salamanda Media and BBC Scotland’s Return to the Outer Hebrides series and an insert for Abu Media and TG4 in Ireland.

Being based here does mean travel is costly and time-consuming, but it is essential. I made 22 trips in 2019 for filming, festivals and networking, including attending Televisual’s Factual Festival. Though Zoom has enabled us all to survive through tough times, nothing beats the spontaneity of in-person conversation that leads to new ideas. The hour flight to Glasgow is our swiftest travel route but we must balance travel against our responsibility to the climate crisis.

Remote working is in the DNA of the Outer Hebrides. It comes with its challenges, but the people here have always been resourceful and hardy. As new digital industries and skills begin permeating the islands it is my hope that more compelling, diverse, and original shows find their inspiration here, are made here, and help tell stories from this extraordinary part of the world.

To coincide with her Sheffield Doc/Fest panel session today, Clare Sillery, the BBC’s Head of Commissioning, Documentaries, History and Religion has announced three new single films and three new series.  The new commissions are being made by Expectation, Optomen, Daisybeck, >>>