Sponsored by Escape Technology and HP

Senior Colourist and CTO at Roundtable Post Production, Jack Jones is a declared technophile. Working with Escape Technology, Jones has just built a second cutting-edge picture and audio finishing house with HP workstations and monitors across the site.  So, we lent him the new HP ZBook Studio G7 laptop to review

“You’ll find HPs throughout our facility. Through Escape Technology, we’ve got to know HP a lot better and with the recent expansion into our second building, we’ve now invested in a lot more HP workstations.

HP is a core part of our infrastructure; they’re powering our onlines and you’ll find their monitors all the way throughout the facility as well.

To me, HP represents high quality hardware with a nice aesthetic. The build quality of the systems is fantastic. Particularly the Z8s. It’s important to be able to access the components of those machines if you’re replacing or upgrading, which is a core requirement for any facility. If you want to upgrade the CPUs, The RAM, the internal hard drives, anything, you can just swap them out.

We’ve got HP Z8s powering our Flames as well as our Baselights. The HP Z8 performance is just second to none for our Colorfront system – it’s just lightning fast. You can be rendering DCPs at 120 frame per second.

We have invested in DreamColor monitors in our finishing suites and Z monitors as GUIs for our offline suites. You get incredible pictures off them. And importantly you can calibrate them to a colour accurate standard which is vital for the work we do. 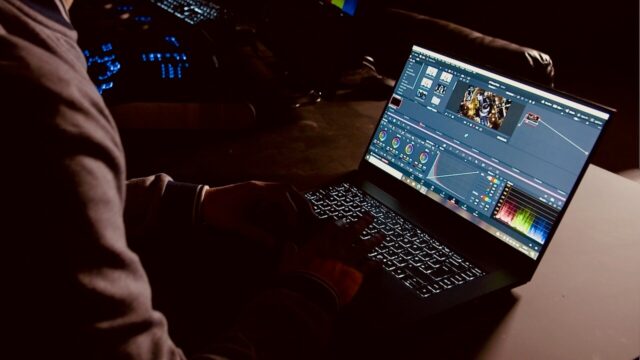 I love technology. I grew up working on early Windows PCs and that evolved into a love of anything technological.

The first things I consider when I’m looking at a new piece of kit are how it can function well for me, see the limits of it, and what I can potentially get out of it that I wasn’t expecting. And to see if it was going to be the right kind of thing for us

My first impressions of the ZBook Studio G7 was that it was an absolutely stunning device; aesthetically pleasing and surprisingly light for a workstation. I was blown away by how light it actually was compared to things I’ve historically used for this type of work.

As a colourist, when I first opened up the laptop, the obvious first thing to look at was the screen. The colours on the screen are just stunning. It can achieve P3, it can hit 600nits. It’s a beautiful, beautiful display, as you would expect from a DreamColor. It’s on a laptop. It’s perfect.

The first thing I did when I started playing with the Z Book Studio G7 was look at the processing and performance, to push it to its limits. To see if it was going to be the right kind of thing for us. I expected the system to be pretty powerful – because that’s the brand, that’s what I know Z to mean with HP – and even then it surprised me.

The NVMe SSD storage means that you can be playing back DPX and EXR sequences in real time.

With the Nvidia Quadro graphics cards, you can push it anywhere – from running Avid to high-end 3D modelling and even to playback, multi-node rendering and exporting on Resolve. You can run any application you want on it.

You can be plugging in external IO boxes and connect to reference monitors through Thunderbolt and outputting to second monitors in 4K through HDMI.

You can use it like a workstation, except its portable. It’s designed for what I do.

This is HP’s best kept secret. Z Central Remote Boost is one of the top remote access solutions there are for the post production industry. You can connect in to your laptop using it and just stream the pixels to any other location. And of course it comes free with the laptop.

It’s about more than just performance. Whilst it can be more powerful and you can render things really quickly, it’s important that you actually enjoy using the machine. And there’s so much to love about it.

The sound quality is just fantastic. I mean it’s probably the best sounding laptop I’ve actually used. And I can’t love the keyboard enough. The keyboard is amazing.

Just the way it looks is stunning. The way it unlocks when I just look at it is great. I love the power of the Quadro series and the graphics cards which you actually get in what is a very lightweight laptop.

It’s a laptop that can work for everyone. It certainly fits into a lot of environments from on-set to production teams through to post production itself. It ticks every box.” 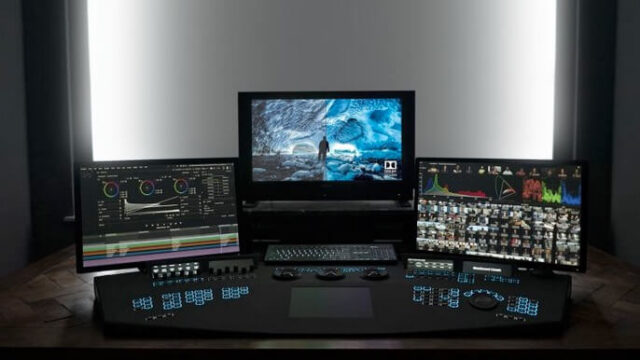 Roundtable Post Production is a boutique full-service picture and audio post company based in Central London specialising in high-end documentaries and factual entertainment.

Roundtable has carved out an enviable reputation as a go-to post house for independent feature documentaries with recent credits including: Whitney: Can I Be Me and Marianne & Leonard: Words Of Love both feature documentaries directed by Nick Broomfield; and Noah Media Group’s Finding Jack Charlton and Bobby Robson: More Than A Manager. They are currently finishing their first series for Amazon Originals.

With ever-increasing demand from their returning customers, Roundtable has taken on a second building around the corner from their original base which they have just fitted out to the highest specifications. 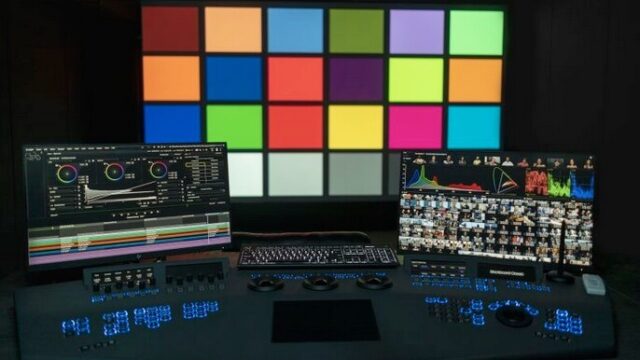 “I’ve known Escape Technology for seven or eight years and they’re more than just a reseller to us. They’re our technical services partner and an extension of our IT infrastructure and team helping us grow as a business from design through supply and after sales support. The infrastructure for our new facility has all come through Escape Technology and they’ve been on site – Covid compliant – to help us get through the installation stage as well.

Escape have been great. The staff there are awesome, especially talking to their CTO, Lee Gaskin. Their tech team have got involved at every stage, and for quotes and turn-around of equipment, they’ve been lightening fast. We get daily updates for orders and we know when everything is coming.

Their advice is invaluable. Some of the solutions they come up with, we wouldn’t have come up with on our own. They’ve really helped drive the direction of our business, particularly during this remote time and they’re already looking at the next steps for our Flame suites “