Neil Hatton, chief executive of post and vfx trade body, UK Screen Alliance, says that while tough times and redundancies lie ahead, the UK industry has the resilience to rise again

In the coming days and weeks, you may hear about redundancies in UK’s post and VFX houses and even among some of the most prestigious. Sadly, these are not isolated events. The Covid crisis has caused industry-wide problems with very few companies escaping its consequences. Any variation in impact tends to be along the lines of genre specialisms or sometimes just a matter of sheer luck – good or bad. The effect of the filming shutdown from March onwards caused a delayed hiatus for post & VFX but once the work on rushes captured pre-Covid finally dried up, widespread redundancies were inevitable.

The UK’s post and VFX companies are a critical part of the UK’s production infrastructure and their collective survival and future prosperity is directly linked to the UK’s ability to attract inward investment, particularly from the likes of Netflix, Amazon, Disney, Universal, Warner Bros and Apple. Our post and VFX creative resources are truly the envy of the world. It is in our collective interests to see them weather the storm that now engulfs them.

I am pleased that Televisual has chosen not to turn the news spotlight onto any individual companies that are having to make these difficult redundancy decisions to ensure their mid to long-term prospects. To publish such stories would just escalate any company’s troubles resulting from negative coverage, speculation, and gossip.

At UK Screen Alliance, we have been surveying post & VFX companies to keep a tally of their actual and predicted job losses, their use of furlough and their revenue predictions for 2020. The information they have shared with us is highly confidential, so we will only be revealing aggregate figures and trends. We collect these figures to bolster our lobbying of government with credible evidence.

According to the Office of National Statistics (ONS), post-production and VFX, generated £1.3 billion turnover in 2018. UK Screen’s survey predicts this falling in 2020 by £827 million, down almost 60%, to £591 million. The worst quarter will be Q3. The costs in post-production are mostly fixed overheads of permanent staff and city-centre premises. Such a drastic reduction in turnover rapidly results in large losses and negative cashflow. 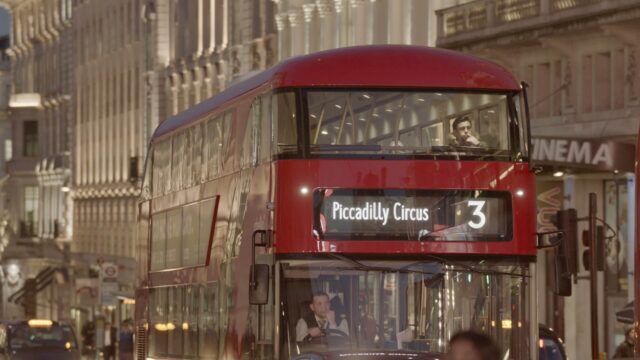 Production companies have incurred higher filming costs due to Covid-safe working practises of around 20%. Post and VFX has had some increases in costs due to remote working but will also now be carrying more debt as businesses increased borrowing to cover cashflow. Once capital repayments kick-in and interest-free periods end, companies will have extra expense long after Covid-safe filming costs have subsided.

The only business areas in post-production that have escaped relatively unscathed are reversioning, restoration and current affairs. Animation has also mostly been able to continue unhindered, as it doesn’t rely on live action filming. The larger computer-based animation companies have even been able to expand operations. However, stop-motion has been difficult and smaller animation houses have found commissions hard to come by as broadcasters tightened their belts, prioritising cheaper genres of production.

By deploying remote workstation technology to their artists’ homes, VFX and post companies were able to keep their employees busy once the lockdown was announced; as long as there was still material to work on in the absence of anything new coming from filming. This has proven to be a mixed blessing as the delayed drying-up of work has coincided with the winding-down of furlough. VFX companies made relatively little use of the Job Retention Scheme reaching a maximum of 15% of employees on furlough in June. In post-production where client attendance is normally more common, visiting the premises was strongly discouraged and hospitality services were withdrawn. This meant many runners were furloughed immediately, and by June, 31% of the post-production workforce was on furlough.

The decision by the Chancellor, Rishi Sunak to introduce flexible furlough from July, a month earlier than was expected, wrong-footed many post & VFX companies. With just 12 days’ notice, businesses were told that if they hadn’t furloughed an employee by 10th June, they couldn’t furlough them after 1st July. Far from providing flexibility, this was a disaster for companies that had kept their employees working on projects filmed before lockdown. There were desperate attempts to rearrange schedules at short notice so that the maximum number of people could be furloughed during the last three weeks of June to give flexibility later when the workload was thin. For those companies in the final delivery phase of a production, this proved impossible and now with a looming hole in their order books, it has resulted in redundancies that could have been avoided if access to the furlough scheme had not been denied to them.

From August 1st through to the end of October, the furlough compensation paid by government will taper month-by-month adding more pressure to an already stretched payroll. For companies still waiting for new work to materialise, there is no choice other than to reduce headcount. Many of those runners who had been furloughed are unfortunately unlikely to return to their jobs, but that alone may not be enough to secure a company’s future. In VFX, artists on fixed-term contracts are likely to be let go when their projects finish, but in post-production where permanent employment is common, the only way to make big reductions in payroll is to make cuts in management and talent where the individual salaries are larger.

The UK Screen Alliance survey shows that VFX redundancies leapt from 3% of the pre-Covid workforce at the end of May to 14% by the end of July with a prediction of 20% by December. In post-production, redundancies by July were 11% of the pre-Covid workforce, rising to a predicted 17% by December. In total, this represents at least 2000 full-time employees and excludes freelancers who have also been hit with a lack of work.

There are however positive signs and some green shoots; not many yet, but hopefully we are beyond the nadir and the recovery is beginning. Some helpful building blocks have been put in place. Guidance for filming in a Covid-safe way has been published; the government have announced a £500 million insurance fund to cover Covid interruption; studio audiences are now allowed; an exemption from full quarantine has been agreed for overseas talent and key personnel in film and HETV; and UK Screen Alliance are currently revising the Post & VFX Covid Guidance to permit more client attendance. There are even some vacancies being advertised despite the redundancies. If filming resumes in earnest by September, post-production should start to recover in Q4, with factual productions leading the way, but for VFX, with its reliance on scripted drama and film, the recovery will be drawn out well into 2021. 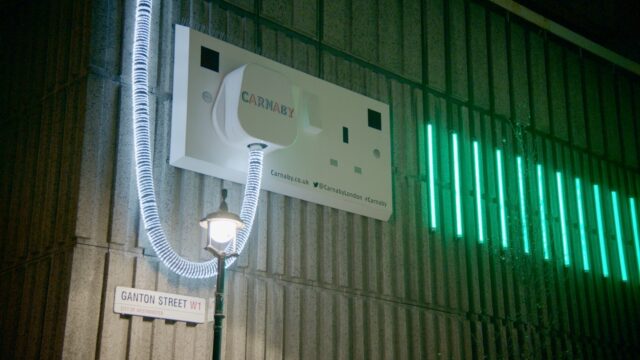 It’s going to be a long haul and post-production and VFX will look quite different once this is all over. There will be a blend of remote working and on-premises operations that will eventually lead to companies disposing of some expensive city centre floorspace. Post houses may shift to using more freelancers and fewer permanent staff to give flexibility to ride the bumps in demand. Entry-level recruitment practices may change with fewer runners being employed, leading to more apprentices being taken on directly into junior operational roles. But more importantly companies will need to look at the way they offer their range of services to make their finances more robust and sustainable.

Pre-Covid, we had reached the point where you could hire an offline suite in central London, with sophisticated and well supported equipment, as much disk storage as you need and 24/7 room service for food and drink, all for less money than it costs to book a hotel room. Clearly something has gone wrong with the business model when a core service is offered as a loss leader.

The market will always dictate the rates but there are already signs of production companies pushing down post costs to compensate for additional Covid-secure filming expenses. This is not a good way to ensure long-term supplier relationships. The whole ecosystem in film, TV and advertising has felt the pain from Covid, from content owners, through to production companies, post houses, freelancers and cinema operators. We’ve all taken a hit, so the entire sector needs to have a serious conversation about reasonable margins and a fairer distribution of ROI throughout the value chain, if we are to rebuild a healthy and resilient industry for the future.

Post-production and VFX remain an essential foundation that supports and even underpins the appeal of UK television and film on the international stage – just ask your Netflix contacts. Although it is going through profound change, with the expectation that work does pick-up in Q4 and steadily into 2021, the majority of UK post will be bruised but will remain intact. There’s an underlying confidence in the strength of the film and TV industry, evidenced by the record spend of £3.6 billion on film and HETV production in the 12 months before Covid struck. The investments behind a huge planned increase in stage space are still in place and given the right conditions there is considerable untapped potential for the UK’s VFX companies to capture a greater slice of the global market, given their outstanding reputation for quality.

When you do read or hear about one post company making necessary changes, please rationalise it within a wider context and part of a universal downturn for all sectors of the industry and not one company in isolation. And directly link the work they provide with the wider success of the UK film and television industry.

The UK’s post & VFX industry may well be down, but it is certainly not out.