The total revenues of the UK indie sector remained broadly stable in 2016, according to Pact’s latest Financial Census.

Total indie production revenues have hovered around the £2.5-£2.6bn mark for the past five years, according to Pact figures.

He noted that indies are seeing most revenue growth from the international market.

International TV revenues grew by 5.3% in the past year to £789m; they have tripled in the past eight years.

The growth has partly come from an increase in primary international commissions, up from £430m to £468m. This was in part driven by commissions from digital services such as Netflix, which greenlit The Crown, War Machine and a new series of Black Mirror in 2015/16.

Growth has also been particularly high in the international sale of UK finished programmes, with an increase of 166% since 2008. Programmes such as Sherlock, Downtown Abbey and Midsummer Murders have found large followings overseas.

McVay said that Brexit had not materially affected the UK TV production sector as yet. “Right now, in terms of the medium term, I don’t see any existential threat to production.”

He said that UK indie production remained “a good steady business…the fundamentals of the UK market are pretty strong.”

His comments after a year in which UK and international investors have backed UK indies, either as start ups or by buying established businesses.

McVay said investors are “queuing up with their cheque books” to invest in the UK indie sector.

“I don’t recognise the sector from when I first started here 16 years ago, when to get anyone to put a penny into an independent producer was virtually impossible… Now there are people are queuing up with cheque books.

“But those aren’t stupid people. Those people putting the money in are really smart, clever investors who have been in the business a long time and know the global market. So if there is that money available, to me it says there is a lot of confidence in the future because you wouldn’t do it if you thought something horrible was going to happen with all your money.” 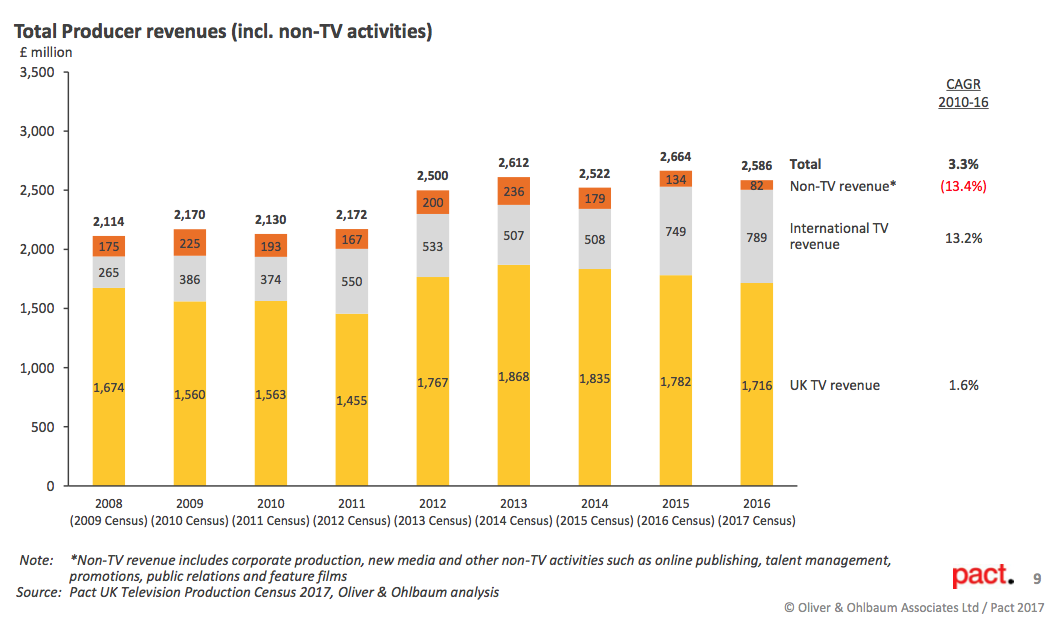