The email inboxes at Televisual continually ping to the sound of new creative work landing on the virtual welcome mat. The last month has been no exception, so rather than just keeping the stand-out spots to ourselves, here are a few of the best we’ve received of late.

Philips The Foundling
The latest addition to Philips’ Parallel Lines campaign (the sixth in the series) is RSA’s five-minute film The Foundling. Directed by Barney Cokeliss, the spot is an epic piece of short-form work that’s been beautifully shot and finished with a truly elegant grade by Framestore’s Dave Ludlam. 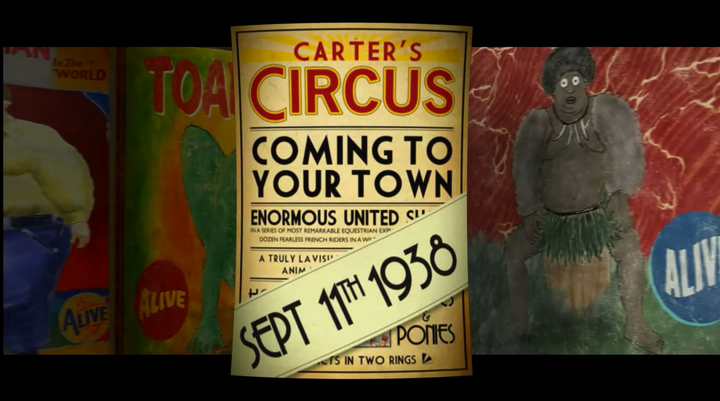 The film centres on a unicorn in a circus freak show and is viewable in its full glory in 2d online at www.framestore.com/comms_highres_version/101005foundling/med.html or in stereoscopic 3d on a 3d TV in-store at a Philips shop.

The stereo work was posted by Framestore, which used its experience on Avatar to create a “subtle and immersive 3d experience”, though it couldn’t resist the odd 3d classic of a knife thrower lobbing his knife at the camera and a coconut shy ball flying right out the screen at the ducking viewer.

The Guardian’s Film Challenge
The Guardian is currently running a competition based around a 1m25s animation by Not To Scale, which uses icons and graphic movements to represent 26 classic films. The animation was written and produced in five weeks, with Not To Scale working with Wieden + Kennedy’s creative team, led by creative director Shay Reading, to come up with the different graphics for each of the films.

The idea of the film challenge is for viewers to try to work out as many of the 26 films being referenced as they can. The first to name all 26 movies wins them all on DVD.

Nexus’ Roel and Jonathan have put together the framework for an ever-evolving film called Now Take a Bow. The film, which is built around videos submitted by visitors to the nowtakeabow website, is re-rendered and updated every hour to include the latest submissions.

Each of the participants follow directions from Roel and Jonathan to film their own take on the different stages of the video, using a webcam: “It’s a new culture of versions, where the value lies not only in the original but with all versions together,” say the directors.