Nexus Studios’ Smith & Foulkes have directed ‘The Fearless are Here’ for the BBC’s 2018
Winter Olympics coverage.

The film was made in collaboration with Y&R London and follows the abstract journey of a luger, skier, curler, snowboarder, ski
jumper and ice skater. The film depicts the “psychological and physical obstacles Winter Olympics athletes face in their quest to be the best in the world.”

Smith & Foulkes researched live action filming techniques for action sports to achieve an authentic sense of movement through a 3D space and a team of
artists at Nexus Studios worked to create the entirely 2D spot which was drawn and animated in a virtual environment using emerging VR cinematography
software. 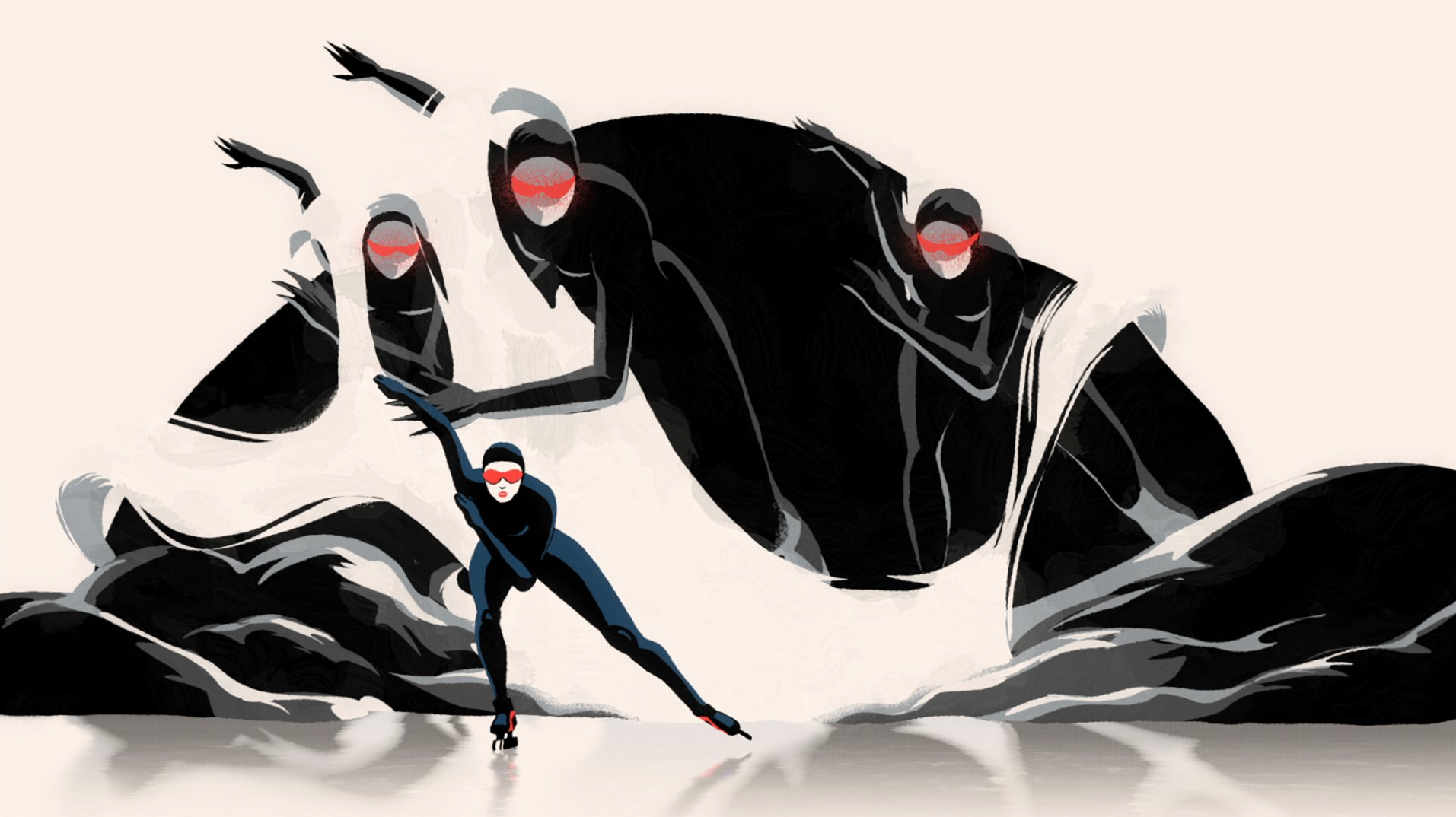 Working in this way with a perceivable depth enabled the team to consider different camera angles, as if shooting in live action and with the sensibility of having a handheld camera.

Alan Smith notes: “There have been many memorable BBC Olympic title spots created over the years so the pressure was on from the start to bring something
special to the party. It’s impossible to completely rewrite the story of the Winter Olympics; there are after all only so many sports to choose from. For starters, skiers
were always going to hurtle down mountains. We just tried to bring a new visual approach to portray the intense drama of winter sports.”

Title: The Fearless Are Here

Tom Winchester has left his role as President of Heyday Television to set up a new production company, Pure Fiction Television. The company will be creatively and financially autonomous but is founded with minority investment from See-Saw >>>
Prev Post
Next Post
This website uses cookies to improve your experience. We'll assume you're ok with this. I've read this
Privacy & Cookies Policy