Tom Mitchell, Technical Director at Mission is without doubt an obsessive technophile. On LinkedIn, Mitchell’s profile leads with: “I try to constantly improve myself and the tools around me. I take the attitude, if I don’t like it, don’t complain, do something about it! Change it. Make it better! That and I’m totally addicted to learning new things.” Who better to try out G-Technology’s unique new ARMORLOCK technology?

“At Mission we’re always looking at how we can provide better services to our customers. Security is an ever increasingly important focus. Major streaming services and studios are very keen on making sure that their data only gets to where it is intended. With the support of a programme called the Trusted Partner Network (TPN), one of the key things that they now insist on is the media being encrypted, particularly if it’s the camera negative. G-Technology’s new ARMORLOCK drive ticks all the TPN boxes and with some valuable extra features on top.”

“We’re always dealing with high volumes of data coming off the camera which we need to be able to get down within a reasonable amount of time. So, we want the best possible performance in order for us to keep up. Until now encrypted drives were extremely expensive to get any kind of performance out of them or you just take a significant performance hit as soon as you turn the encryption on.

“There are generally two ways in which we’ve been encrypting drives: either hardware encryption or software encryption. Both come with downsides.

“With software encryption the data is encrypted on the computer, so the CPU is re-encoding the information as it’s being written onto the hard drive and then decodes it as it’s reading it at the other end.  So, there are two penalties: it’s slow and you’re also tying up your computer at both ends.

“The other form of encryption is self-encrypting drives. This is typically done on spinning discs. The performance tends to be a little bit better, but there’s still a performance hit, and you normally need a specialist raid array in order to deal with it and specific software in order to talk to the drive. And with this the cost of secure storage goes up significantly

“And then you have to look at the journey of where it’s got to go. You want to make sure that if the drive doesn’t get to its intended destination that no one else is able to get the material (thinking about some of the headline studio leaks that have cost huge fortunes in lost revenue).

“Another challenge with encrypted media is password management – how you actually deal with locking and unlocking that media. A lot of the time you need a password either at the software level or you put a pin number on the physical drive. How do you securely give out those pin numbers and ensure that nobody else can use those pin numbers? And how do you keep track of every pin number for every drive moving around between typically a dozen or so people? And then manage that across dozens of jobs? It can be a logistical nightmare.” 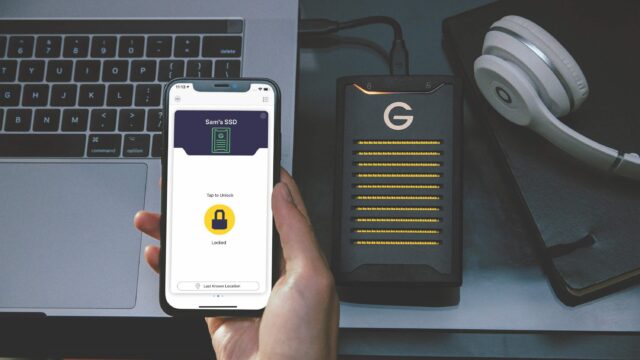 “The beauty of the ARMORLOCK approach is that you don’t need any specialist hardware and it’s not running off mains. WDC have come up with a really interesting system where no pin numbers are physically shared with anyone. You can send an encrypted package from a mobile phone or via app or via email and allow someone else to unlock the drive, or you can even unlock it remotely. There’s no need to share passwords or create a unique password for each user.

“You can track when that drive or where that drive was last used with geographical tagging. At a facility level it’s ideal if you know where the drives are and who has access, and even be able to remotely remove access to that drive once it’s out in the world.

“The ARMORLOCK technology makes use of the existing security on your iPhone, once it’s unlocked, through Bluetooth or when hooked up on your Mac. You’re already using biometric sensing on your phones and your own rigorous security on your computer and you can only have it unlocked on a specific machine. This is done by using an app on your iPhone or downloaded on your Mac. There’s nothing stopping you from using the drive on a PC or Linux machine as long as you have an iPhone. I understand that Android and Windows support is just around the corner.

“When you pass it across you can pre-authorise the new user by text message from an iPhone and the user scans in the drive with the QR code and is able to then add the drive to their phone or workstation. And when you send the authorisation, you’re even able to choose read-only access and you can remove that authorisation at any time.

“As the person who initiates the drive you retain administrative control throughout the content on the drive’s lifecycle.

“Once I’d read the instructions, I had it up and running within five minutes. The app even talks you through it, so it was very straightforward which is exactly what you need when you’re handing over to creative personnel who are incredibly talented but may not always have the tech support around them to set these things up.

“And when the job’s finished you just re-purpose the drives.”

“The ARMORLOCK architecture is a technology that G-Technology are going to build around. This is a change the post industry has been waiting for but hasn’t had the technology or the right tools to be able to implement it. Until now.”

“On the box it’s 1000 megabytes per second up and down but what really matters to us, the end users, are real world numbers which can change depending on a few factors like the file or operating system that you’re using.

“At the moment the technology only runs on Macs although I understand they’re working on other platforms. We mostly work on Macs in our immediate environment. In the test room, we’re getting fairly consistent speeds of about 850 MB/s continuous writing speeds to fill up the entire drive and around about 950 MB/s read speeds for a full read back from the drive. That’s incredibly fast which is particularly useful when dealing with RAW camera files and keeps up with the vast majority of digital cinema cameras.

“Our primary use would be when you’re pulling the camera media off and you’re ingesting that camera media and you’re backing it up probably to a different SAN of some description or another drive. You’re often in an unforgiving, constantly mobile on-set environment. You could be in the middle of the desert or up a mountain with hoizontal rain. The ruggedness of the drive is a key differentiator where having it waterproof and dustproof and able to sustain a knock or two or being dropped is ideal.

“The main advantage of SSD is that it’s inherently robust. Some SSDs have issues when it gets too warm and you can lose data. We ‘torture tested’ the ARMORLOCK and it didn’t slow down in performance with continuous read and write speeds over an extended time and without data loss, even at 38 to 40 degrees Celsius.

“You can run it off the computer (on battery power) if you’re in the middle of nowhere. It’s portable in the real sense that it’s incredibly light and you can take it everywhere.” 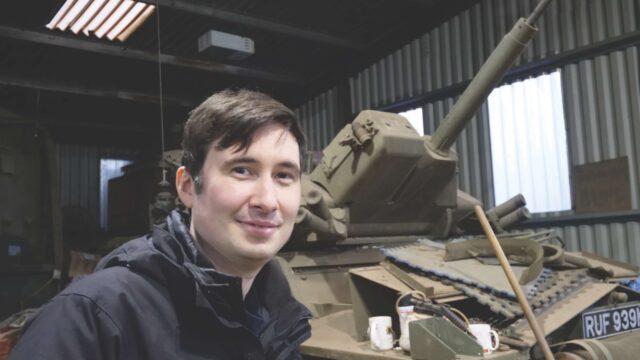 Mission is one of the world’s leading DIT and digital dailies services companies with an exceptional list of feature film and high-end drama credits. Mission’s technicians support many of the world’s most in-demand cinematographers with an explicit agenda to enable the creative team to focus on storytelling with the confidence that the integrity of their vision will be communicated from the point of capture all the way to post.

As a business, Mission’s focus is on scalability, consistency and field-ready solutions supported by highly skilled and company trained technicians. Mission’s vision is to better connect the worlds of pre, production, post and VFX within one holistic workflow from data integrity to consistent colour management and efficient VFX metadata collation. The net result? Seamless post and VFX workflows to follow where the savings can be better applied to creative outcomes.