The swoosh of a passing car, crack of a breaking bone, blast of a fired gun… each licensed sound effect you hear while watching a movie, TV show or commercial plays a vital role in connecting you to that experience not possible with video alone.

When sound effects are done right, you’re there in the moment, up close and personal for better or worse, whether it’s a subtle familiarity, uncomfortable cringe or added chill factor. And although you may not give each sound a second thought during a well-constructed scene, you’ll definitely notice when it’s off or inappropriate. Creating sound for screen is an art form whether done to be enjoyed overtly or not.

As Vice President, Creative Production for ALIBI Music, I’ve had the privilege of producing some 15-20 SFX albums annually, contributing to work licensed for almost every major movie campaign and numerous TV promos since the company’s launch in 2011. Immersed in this business, I can attest that while sound effects don‘t get the same glory as the music soundtracks supporting blockbuster films or series, they’re equally important and often take just as much effort – if not more – to compose.

If that seems surprising, there are actually several things that will surprise you about licensed sound effects unless you happen to be one of us living and breathing them every day. Here are my top 4:

Designing a sound effect is much like producing a music track in the sense that we’re carefully recording, selecting and processing various different sound sources and layering them together to create something new and unique.

Sound sources can be our own field recordings of real-life sounds or designed from scratch using hardware or software synthesizers. We use various audio effects and sampling tools in order to process, sculpt and manipulate these sounds and combine them into what sounds like a single event, full of intricate detail. Each sound is then mixed and mastered in a studio environment, just like every track we release. 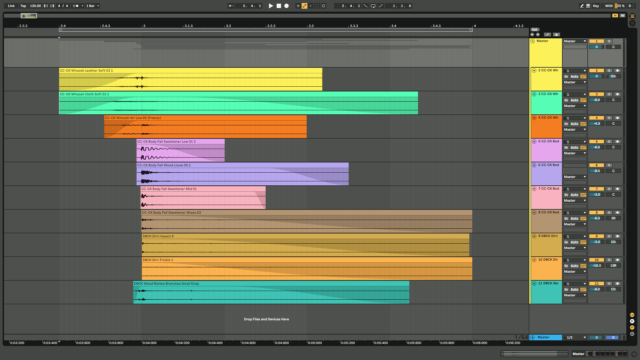 To produce a compelling sound effect, it’s not always as simple as recording the activity in real life. For “whoosh” sounds, we often make use of the Doppler Effect to create the illusion of a sound passing by at speed in a specific direction, like when you’re standing still and a truck drives past. This can be simulated in a software environment using recordings of pretty much anything from vehicles to fire, explosions and extreme weather conditions to great effect.

For battle and fight scenes, we’ll record all kinds of fruit and vegetables being stabbed, ripped and snapped to create those eye-watering gore and bone-break sound effects. Even with gunshot sound effects, which you might imagine would sound powerful enough already, we’ll often combine and layer multiple recordings and process them in different ways, using all kinds of distortion and compression to add more energy, sub-bass effects to make them hit harder, reverbs to create a sense of space and depth. It’s such a fun and creative process finding new ways to produce these epic sounds. 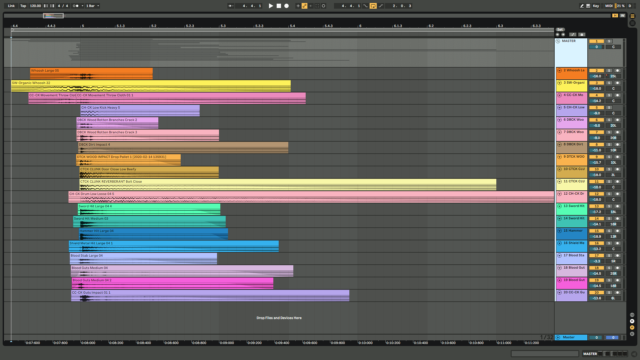 While many viewers understandably assume the opposite, and some trailers do, of course, include original sound and dialog from the movie scenes, much of we can hear in trailers (as well as the music) are additional layers of sound effects created by talented sound designers and tailored specifically for trailer use.

Foley sound effects are generally designed to sound more natural and realistic, replacing or layering with the sounds recorded on set, whereas trailer sound effects are designed to have a larger-than-life quality for maximum impact in a short space of time, creating enough energy and excitement to keep viewers on the edges of their seats.

This has been a real challenge in the industry, as SFX composers rely on licensees reporting sound effect usage on cue sheets just like they report music. Such reporting oversights could be because it’s difficult to keep track of the many different sounds within a single trailer, or the user may be simply unaware each SFX cue needs to be licensed in the same process as any music track. Either way, SFX composers only get paid when usage is reported, so it’s important that every use is reported accurately to enable our sound designers to keep doing what they do best!