Cambridge based VFX studio, Vine FX, spent lockdown working on vfx for AMC’s Soulmates which led to the outfit increasing their staffing by a third.

Written by the Emmy award-winning Producer William Bridges (Black Mirror, Stranger Things) and Co-Produced alongside Writer/Actor, Brett Goldstein (SuperBob and Ted Lasso). The premise of the series is that by taking a simple test you can be unquestionably matched with your ‘soulmate’.

Set 15 years into the future, each of Soulmates’ six one-hour installments explores various characters choosing to discover (or avoid), the results and complexities that this innovative test has across their lives. The series is available to watch now in the UK, via Amazon Prime Video. 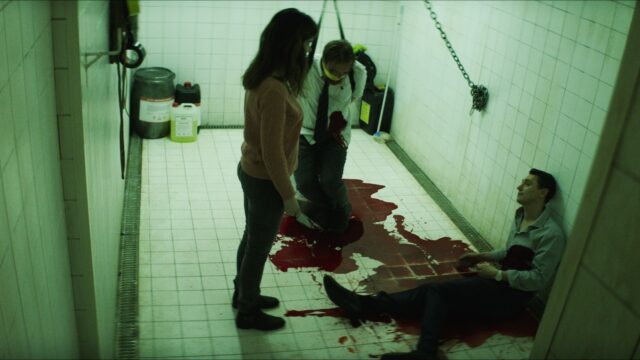 The show is set in 2035, so subtle futuristic technology was required throughout and Vine FX were tasked with this challenge. Founder & VFX Supervisor, Michael Illingworth and his team worked closely alongside the show’s Co-Producers, to craft the look and feel of the technology in order to bring Bridges and Goldstein’s creative vision to life. With the help of MGFX collaborators Revolver, Momoco and Andy Bottomley, technology met the brief of ‘modern day futuristic’, clean, understated and authentic – visual effects were integrated naturally into the story without distracting from the unfolding narratives.

A large number of VFX involved screen replacements for a host of devices including mobile phones, fridges, tablets and monitors with transparent displays. On top of this the team created firework and gore enhancements as well as digital matte paintings. The main task for VFX was to integrate on-set movement to devices for believability – involving complex tracking and fine roto to properly integrate future technologies. 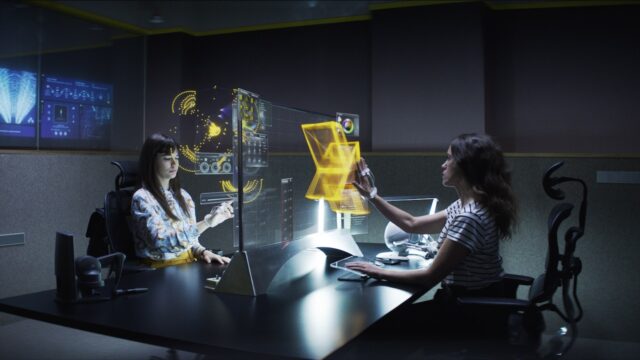 Numerous scenes across the series involve sat navs, the technological nuances of which, and authenticity of the design, had to uniquely reflect the make and model of each car. One scene features a futuristic interactive projected wall display – this went through dozens of design iterations in order to sell the idea of the technology of a premium device, elegant and clean looking whilst purposefully functional.

The team at Vine FX faced various technical and pipeline challenges, some of which only became apparent during or after filming. One such learning involved the enhancement of a character vomiting – this required a lot of fine detail and artists working remotely in synchronization for head/mouth-tracking, and the simulation fluid being ejected from the mouth.

Not only was the shot count substantial, but it was the largest number of motion graphic shots the team has ever produced. When discussing the 6K resolution plates, CG Supervisor Pedrom Dadgostar remarked, “This is the biggest job, in terms of raw storage, we have ever done. The sheer volume put a lot of stress on our servers. A number of upgrades were implemented in order to cope with the vast amounts of data being used. In order to get such a large quantity of work through the door in time, we onboarded additional staff and streamlined our pipeline, while working very closely with our outsourced MGFX vendors.”

Illingworth went on to say, “The joy of a project like Soulmates is the subtlety of the VFX, how they are used to enhance the story without the viewer necessarily noticing, it’s always very rewarding to pull that off. We had a large shot count, technical challenges and lockdown to contend with, but my whole team from runner to the top, all worked tirelessly, I’m proud of both their dedication and the work they produced.” 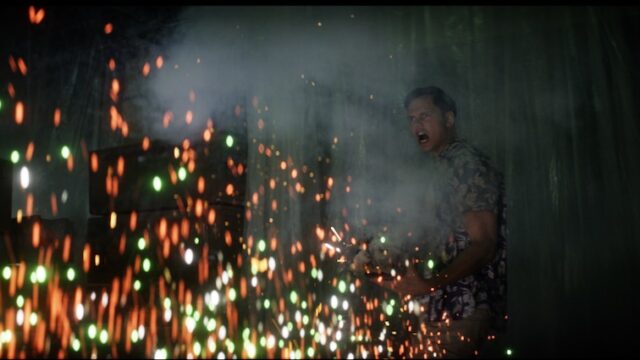 Vine FX are currently working on War of the World 2, (Fox), Viewpoint (BBC), supporting pre-production for Extinction (Sky) and are due to start working on Baptiste 2 imminently (BBC).

Louisa Sutherland-Smith, currently head of Production at Halo Post Production is stepping up to become managing director for the company from 1st April next year. The role will oversee the whole of Halo’s UK operation and will >>>