Bleat is set up by composer, producer, and mixer, Tristin Norwell. Bleat offers Theatrical and HETV Dolby Atmos mixing along with grading, online, and conform for scripted drama and high-end documentaries.

At the heart of the new boutique post house are two Dolby Atmos Theatrical mix stages with an additional four multi-functional, hybrid suites that can be employed for grade, online and conform and/or Dolby Atmos HETV. The “plush, living-room-like” theatres are complemented with 4K HDR Projection,  Alcons speaker monitoring, alongside ATC speaker monitoring in each of the four the multifunctional suites.

The Hackney site is serviced by a private licensed marble bar and catering is looked after by neighbouring restaurant Café Cecelia. 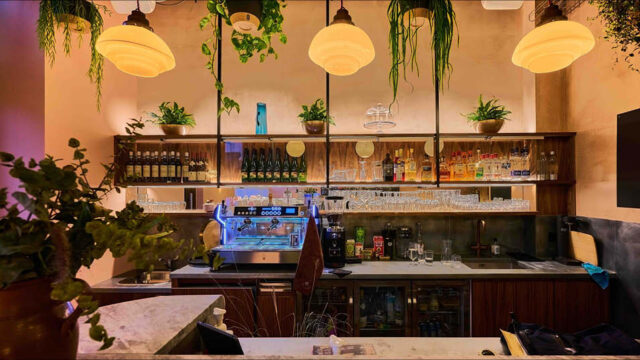 The four-thousand-square-foot Hackney site was designed by Level Acoustic Design, with construction and technical design executed by Studio Creations. With a design dedicated to sustainability (including Sheepswool insulation in the walls), flexibility and comfort, “the team have created an enviable network of 10gb infrastructure, and the implementation of ground-breaking QSC’s Q-SYS, Blackmagic, and DDP workflows.”

Prior to the official launch, Bleat credits include the final Dolby Theatrical mix for the premiere of Amazon’s flagship grime drama Jungle. George Foulgham also mixed two feature docs in the 2022 BFI London Film Festival at Bleat. Foulgham comments, “the George Foulgham Soundscape [GFS] audio crew had a great time putting the final finishing touches to Getting it Back – the Story of Cymande and Bobi Wine: The People’s President at London’s newest re-recording facility – Bleat. The studios are substantial, equipped to the highest spec and the sound track for Cymande rocked. The Bleat team are very welcoming and attentive. GFS will certainly be back …” 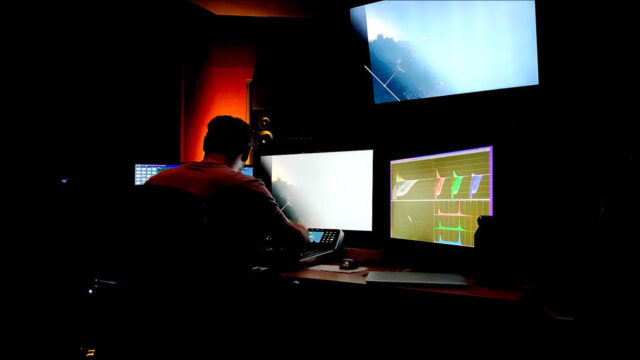 Norwell comments, “we began Bleat with the aim of creating a highly desirable finishing house that would lure people out of the post-Covid hamster-wheel of working from home, and back into the creative joy of sharing a face-to-face, collaborative process. We are totally made-up to have formed a world-class team of operatives who actually make this seamlessly happen – Bleat is Post Production Catnip”.

Technical operations are led in picture by Matt Edwards (Azimuth, Coda, Fifty Fifty) and in audio by Saxon Greenep (Splice, Jigsaw24). Sales is headed up by Dan Pagan; Max Norwell is executive management assistant; and operations and ADR management are run by Tatiana Shelbourne.

The owners, Tristin Norwell and Sarah Withers, have a long history in music production, post and management. Withers began in music management with Sade and then Rough Trade Records, and Norwell as a music composer, producer, mixer, arranger, and musician, having worked with David Holmes on the music score for the Killing Eve series and Yann Demange’s critically acclaimed ’71 and with Adrian Corker for Tin Star as well as including Kenneth Williams: Fantabulosa!, Waterloo Road and many more. Norwell has also scored multiple feature films, including John Hardwick’s Svengali. His music recording and mixing credits include working with Madonna, Tricky, Neneh Cherry, Goldfrapp and Talvin Singh for his Mercury prize-winning album.

Cambridge-based Vine FX worked on over 1,300 shots from creature animation, environment design to complex CG and FX work on sci-fi drama War of the Worlds Season 3, which premiered on Disney+ on October 19th. Starring Gabriel >>>

Audio post house Formosa Group, has added sound designer and supervising sound editor Jimmy Boyle to its talent roster. Boyle, whose credits include titles in the 007 and Harry Potter franchises, will be based in Formosa Group’s >>>

VFX studio, Freefolk has added VFX Supervisor David Bowman and VFX Producer Hannah Dakin to its film and episodic team. Bowman has joined after nine years in Canada where he worked at both MPC and ILM on >>>
Prev Post
Next Post
This website uses cookies to improve your experience. We'll assume you're ok with this. I've read this
Privacy & Cookies Policy