Following on from the establishment of GCVRS – the studio’s specialist VR arm – the opening of Audio Lab 2 brings together capabilities for both film and 360 / VR audio. The studio has been equipped to produce integrated, immersive soundscapes. Leveraging off the 32+1 Atmos speakers, GCRS has also added an additional 16 lower level speakers enabling the “world’s first” mixed Dolby Atmos Theatrical and TOA studio for VR work. 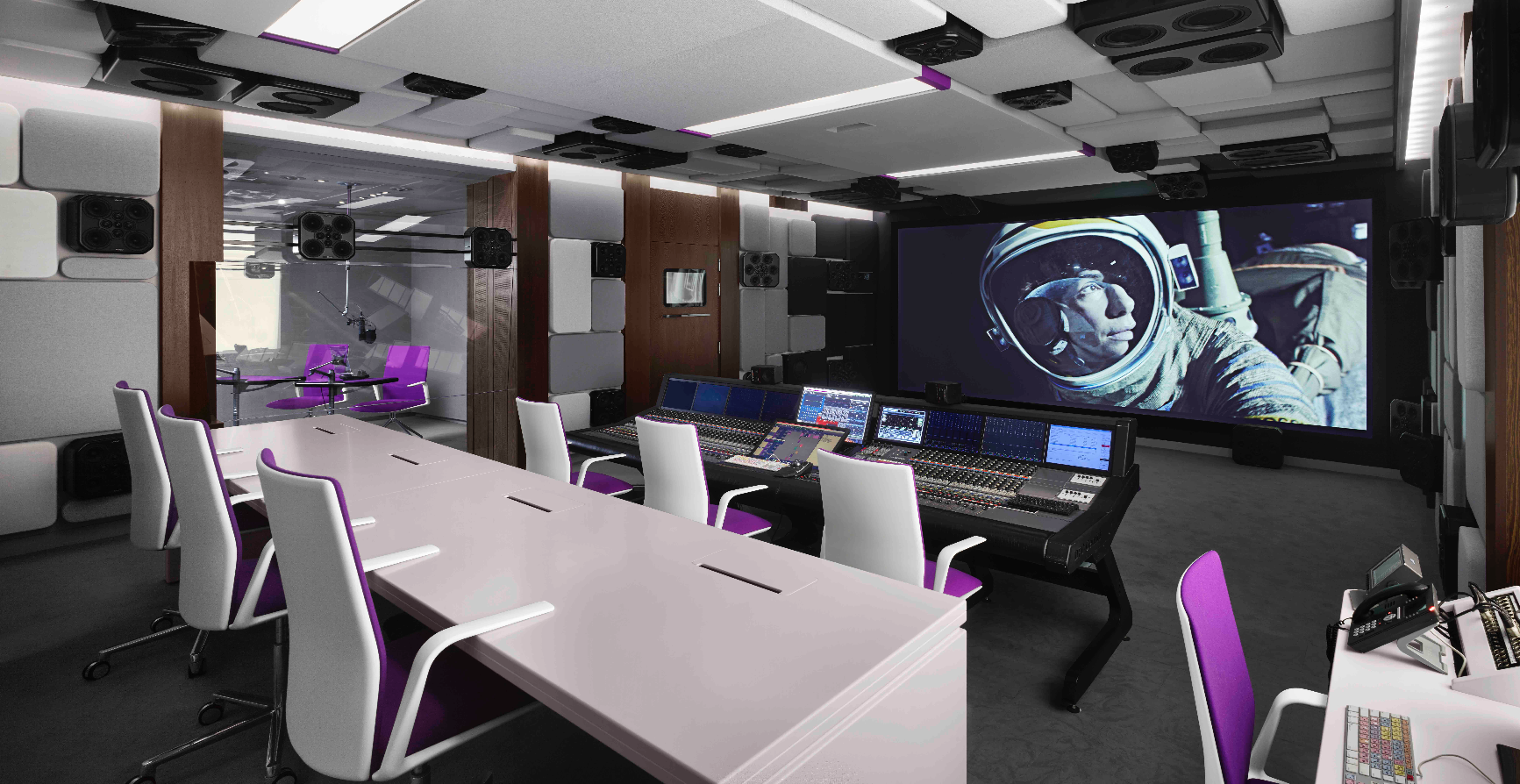 The project was run by studio manager, Chris Lagden, GCRS founders Carole Humphrey, Ivor Taylor and Raja Sehgal. Following a complete redesign, Guy Wilson of AKA created a unique semi-modular system for the room, allowing flexibility for future developments, David Bell of Whitemark Acoustics oversaw the acoustics while Matt Dobson of Exigy lent expertise in the area of speaker design to provide optimum wide dispersion sound levels in the studio. 56 speaker channels and 70 speaker cabinets have been fitted.

Richard Furse of Blue Ripple Sound collaborated with David Bell on the Ambisonic design. Overcoming some of the challenges in 360/VR sound design workflows, clients will now be able to hear mixes develop in live-time from a dedicated work area.

Ivor Taylor, technical director & co-founder, GCRS, said: “We have been exploring the opportunities around Dolby Atmos and spatial audio for many years now, learning a huge amount and making working discoveries throughout the process that have since been validated. The culmination of this is a ground-breaking sound design and mix facility, that not only caters for contemporary film, commercial and VR projects but has the capacity to evolve as new technologies and techniques emerge in future.”

Carole Humphrey, managing director & co-founder, GCRS, added: “We have invested significantly in developing Audio Lab 2, seeking out the best talent and technology to put behind this project as part of our ongoing commitment to our clients and the wider sound design industry. It is an exceptional facility which sounds absolutely amazing and it will dramatically enhance the way both our engineers and clients are able to work on film and 360 / VR projects.”

Audio Lab 2 is open for sessions with immediate effect.

Scripted producer RubyRock Pictures, helmed by Zoë Rocha, has partnered with Andrea & Mitch Gabourie from Emmy  Award-winning Forté Entertainment, and attached Declan O’Dwyer (“Miss Scarlett and the Duke”, “Flowers in the Attic: The Origin”) to write and >>>

The BBC has commissioned new suspense thriller Nightsleeper from Fremantle’s Euston Films. The series is written by BAFTA and RTS award-winning writer Nick Leather (The Control Room, Mother’s Day) for BBC One and BBC iPlayer. Filming will >>>