Post house Fifty Fifty has unveiled its first Dolby Atmos suite, announced new hires and a made a number of tech and building upgrades.

Having already delivered Jack Whitehall Stand Up in Dolby Atmos, and with more SVOD/OTT work coming in, Fifty Fifty said there has been an increased demand from clients to deliver in Dolby Atmos.

The Control Room footprint has been expanded and  can now accommodate a larger number of clients for attended mix reviews.

Kit includes an Avid S6 mixing desk along with a rack Mounted Mac Pro and the interface was upgraded to the Avid MTRX Studio, this has allowed Fifty Fifty to utilise Dante within the suite and the booth, reducing the amount of cabling and giving greater flexibility.

Gavin Allingham, Head of Audio, said: “After hearing how incredible they sounded we opted to use PMC speakers. They are extremely low profile, which allowed us to sink all 12 of them all in the walls and ceiling, helping to keep the room feeling spacious. They sound Epic!” 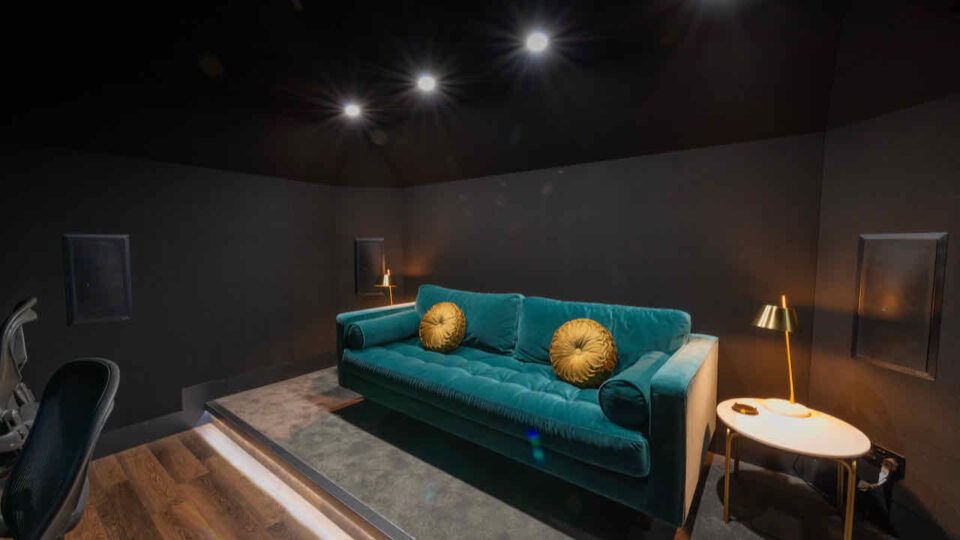 A new VO Booth has been built that can comfortably seat two.

Harriet Joseph has been hired as Front of House  and Eden Hastings as Head Runner leading hospitality.

The roof terrace has had a full refurb and the offlines now have socially distanced desks for Edit Producers.

The facility has also doubled the capacity of offlines due to remote work. It has expanded to 24 rooms in D’Arblay St and has been running up to 40+ offlines using a mix of remote tools for Editors, and Producers alike.