Archive has always been a challenging beast on productions. Too much? Too little? Can we afford it? Does it fit what we need? A lot of these conundrums are down to the fact that archive is frequently an afterthought. Square peg, round hole springs to mind.

Over the years, Arrow Media has developed a strong relationship with Archive. We colourised it for Smithsonian Channel, found never-before-seen footage for a Discovery Channel Apollo 11 special and regularly find exclusive material for both our Investigation Discovery returning series and our feature-length documentaries.

We’re always on the lookout to do things differently. Rather than finding specific archive that forms the spine of the content, we started exploring formats where we could use archive in a more fun, entertaining way.

So, when Arrow Media was commissioned by Curiosity Stream to make popular science series Oops I Changed the World, a joyous journey through the most amazing accidental inventions that have, as it says on the tin, changed our world, we knew we had the ideal series to use archive in a refreshing new way. Also, having been commissioned to produce 15 x 60 min, we knew we had the creative space to be ambitious in our use of footage.

Archive was at the heart of the series from the get-go, but with Curiosity Stream’s blessing we ditched the literal use of footage approach. So as our team began researching accidental inventions such as dynamite, vulcanised rubber, LSD and Viagra (yes, these were accidents!) our expert archive producers, Sherif Salem and Graham Evans were liberated to be lateral with their thinking and source different archive clips to bring the stories to life. We used footage of a diving sperm whale within the Viagra story (bear with us), and Tom & Jerry style cartoons from the 1930’s for our Pacemaker segment. And we used footage of pigs playing video games…just for fun. Well, there was a purpose, but you’ll have to watch the series to find out for yourself!

This approach we adopted really fitted in with the tone of Oops, which is light-hearted and funny, but underpinned with facts and memorable take out.

The proof of the ‘creative’ pudding always comes when you send off the first rough cut of the first episode – even more so when you’re attempting something new. Would the channel exec laugh in the right places and be in sync with our approach? With 14 more episodes on the way we kept our fingers crossed!

Then we got the email we hoped for… ‘Thanks so much for the rough cut of ep #1… strong stories, clever and amusing tone… lots of fun stock – are working really well…There’s a strong foundation for a fascinating and fun new series. Congrats to you and the team!’

We couldn’t have wished for better, and it meant once we started editing new stories we had a clear idea, from concept, of what the story would look and feel like.

It was also good news for Getty Images. We have a longstanding relationship with Getty, so it was only natural that we use them as our primary archive supplier. Our team collaborated with them from the start so that they had a strong understanding of what we were wanting to achieve with the series. It wasn’t only the amount of footage we could access through them – over 21 million video clips and over 135 million images – but the quality and variety which was presented to us. Getty rose to the challenge, understanding our desire to be counter-intuitive with footage and working with us to deliver it.

The whole approach to Oops really reinvigorated the storytelling process and freed up the directors. As they began scripting, they could really throw themselves into the story and come up with different and unusual ways to illustrate each section. The archive gave the series its personality and informed how we used and integrated our experts, VFX and narration. The end result is a refreshing way to explore our modern world, telling the fascinating backstories of how the everyday things we take for granted today came about.

It’s a series we’re all proud of and are excited that it will be seen on Curiosity Stream and, via distributors Fremantle International, many more networks around the world. 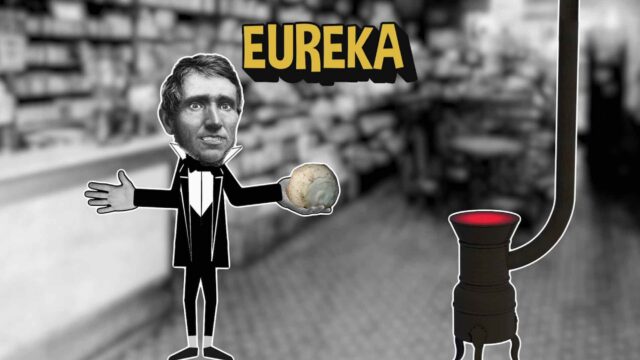 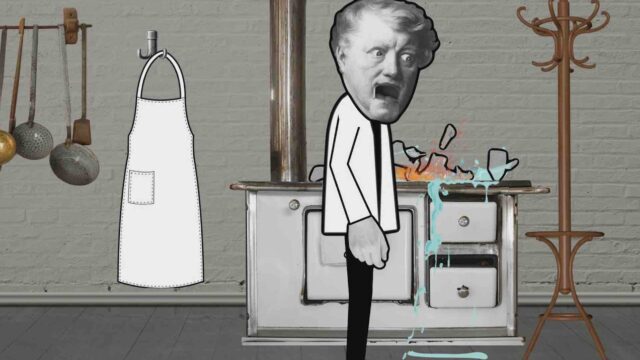