In new theatrical feature documentary “McEnroe”, John McEnroe reflects on his epic, tumultuous career and personal life alongside film archive from some of the biggest matches in tennis history  as well as home video footage from McEnroe himself and contributions from John’s children and his wife Patty Smyth.

“McEnroe” is directed by Barney Douglas (The Edge, Warriors) and produced by Victoria Barrell (The Edge, Bobby Robson) and Paddy Kelly.

Producer Victoria Barrell explains how the film came together

“McEnroe” is in cinemas now and on SHOWTIME from 4th September

The demand for sports documentaries has been outstripping the supply of truly interesting sports icons for some time. So, when we learned the rights to John McEnroe’s story were available, we dropped everything to make sure it was Sylver Entertainment producing the film.

Pitching to John McEnroe, stood in his dressing gown in his New York penthouse will go down as one of the more terrifying parts of the process. 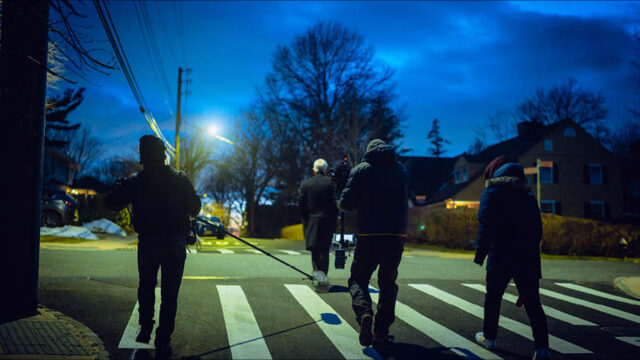 My background is working to solve complex contractual situations where others have failed. Covid helped by clearing the diaries of everyone involved but it still took months of conversations with IMG and there were points where we wondered if we’d ever get this over the line.

Director Barney Douglas had won a huge amount of praise for his previous film The Edge examining the cost of success to the England Cricket team’s mental health. His style is modern and thought provoking. It felt like a great match for John’s story.

Barney brought with him Editor Steve Williams, Composer Felix White, DOP Lucas Tucknott and Producer, Paddy Kelly. Paddy like Barney got into filmmaking through an untraditional route. These guys were used to getting stuck in to every element of production and importantly knew how to wring every cent from a budget.

It’s a testament to Barney’s clarity of vision that the treatment he pitched that day in John’s apartment is remarkably similar to the finished film. Barney wanted to reveal the human story alongside John’s sporting achievements. He’d reference the style of 80’s and 90’s films like Thief and Heat and shoot John prowling the night-time streets of New York. Sports docs had become paint by numbers, McEnroe would be aggressively different. Unapologetically cinematic.

It matched John’s desire for a documentary about his life that was as distinctive as his tennis career. It was an ambitious plan. 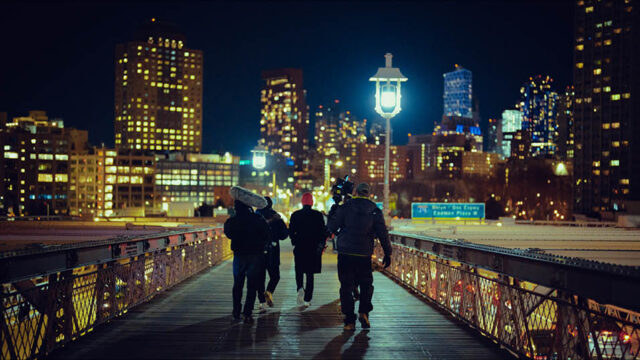 Our editor Steve Williams spent months reviewing hundreds of hours of match footage in his edit suite in a room above a tanning salon in Windsor. Editors often joke they don’t see much sunlight. Steve got a free sunbed session once a month as part of the rent.

It became clear John’s famous moments on court had been heavily used in other docs. And there wasn’t a huge amount of footage telling John’s story off court.

Our archive search had to get inventive. Paddy built relationships with smaller archive houses and production companies. He gained access to a Paris archive where Barney spent 3 days watching back 16mm reels. Steve was allowed into the IMG archive where he unearthed lost footage which brings so much to the 1981 Wimbledon final sequence. Across the world, dusty reels were digitised, old hard drives were fired up. Some really precious unseen material was found, including heart-breaking shots of John’s elderly dad which are so moving towards the end of the film.

Modern filming was always going to be a crucial part of setting the tone but also keeping the costs under control. But more than 20 international shoots during a pandemic was not going to be easy. Barney and Paddy work with an indie mentality and here it came into its own. Travel rules were constantly changing. Paddy had a plan A, B, and C for every shoot. We considered using the streets of Toronto in place of New York. Seriously looked at entering the US via Russia and quarantined in Iceland to get into Sweden. 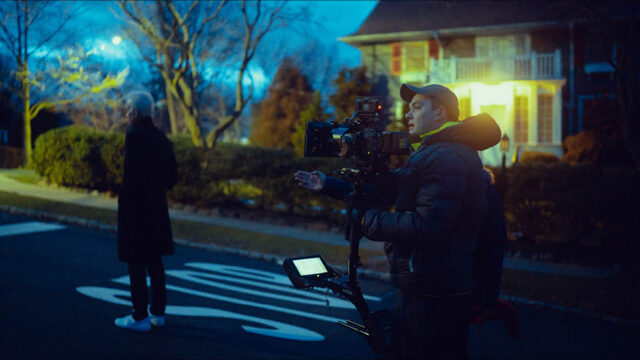 There were no runners or assistants. The crew that shot every scene in the film could fit in an SUV with all their gear. DOP Lucas Tucknott has rightly won praise in reviews for beautiful cinematography. But just as impressive was the resourcefulness behind that work. A one-man band, shooting, lighting, Steadicam, entirely on his own.

John played his part as well. Always arriving to shoots alone and on time, even for an early morning call time in the Mojave Desert.

Working nimbly meant we could give our team the freedom to adapt to challenges quickly and keep the project moving forward. And the quality of the doc is a direct result of that. The spectacular night time shots in New York are only possible on our budget, because our crew was tiny. The candour in our interviews comes because Barney spent so long personally building trust with our contributors. Steve was able to tell the story of John’s temperament like no previous film, because he’d personally trawled through hundreds of hours of tennis archive.

Sylver’s first film was far from simple to make. It was wrestled into existence by sheer force of will and creative determination. McEnroe is a story of human connection on and off screen.