Led by VFX Supervisors Andy Morely, David Sadler Coppard and CG Supervisor Dimitris Lekanis, Milk created around 350 shots across a broad range of work from heavy simulations and CG builds for world building, major battle and fight scenes, to extensive compositing work and invisible VFX in a tight 26 week post schedule. The Milk team was supported by Egg in Dublin. 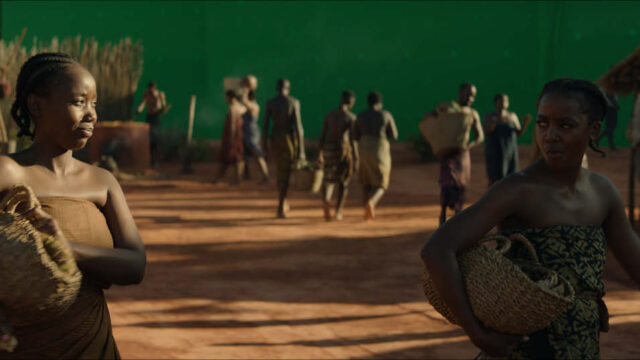 Milk’s co-founder Sara Bennett was overall VFX Supervisor with an overall brief to enhance and bring scope to the world within the epic untold story of the Agojie – an exceptional unit of female warriors who protected the Dahomey Kingdom in 1823 West Africa. Sara worked closely with director Gina Prince Bythewood for the second time having collaborated previously on Netflix feature The Old Guard in 2020. 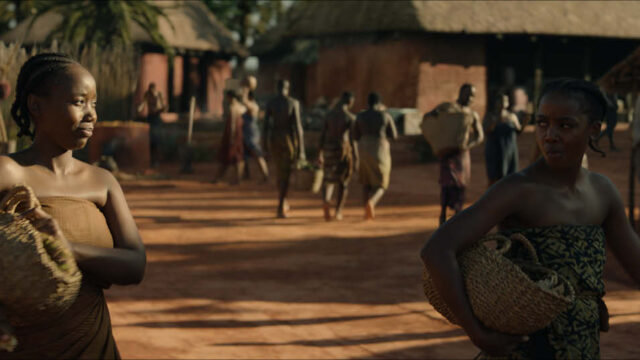 Creating the kingdom of Dahomey and the fierce battles were Milk’s major tasks. Says Sara Bennett “We had to make sure we kept the realism and were careful not to take away from the beautiful sets and locations we were shooting in.” 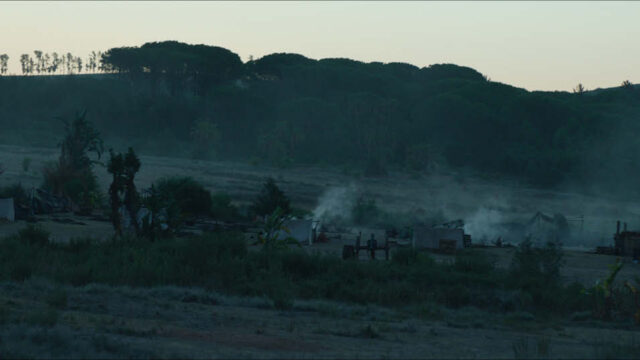 One of the key environments was Dahomey Palace and the surrounding area where much of the action takes place. The VFX needed to sell the idea of a city of industry with the palace itself in the middle. The production art department provided the historical reference material to create this and all the VFX environments throughout the film. Milk extended the palace and kingdom beyond the physical built set, both inside the Dahomey palace gates in the courtyard scenes and for the high and wide shots outside its walls. 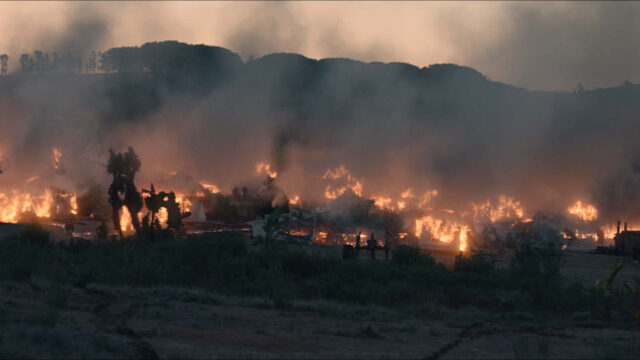 One of the biggest challenges was the Oyo Battle at the climax of the story – a key VFX scene that needed to feel visceral and epic, evoking a huge army of Oyo soldiers that the Agojie army had to defeat. The Milk team used a mix of CG fire, explosions, destruction and smoke and a digi double army for the wide shots to achieve this. They also enhanced the close-up battle scenes with digital fire and smoke where weather conditions prevented the SFX teams from achieving these effects. Milk also built out the CG Oyo encampment based on the art department build. 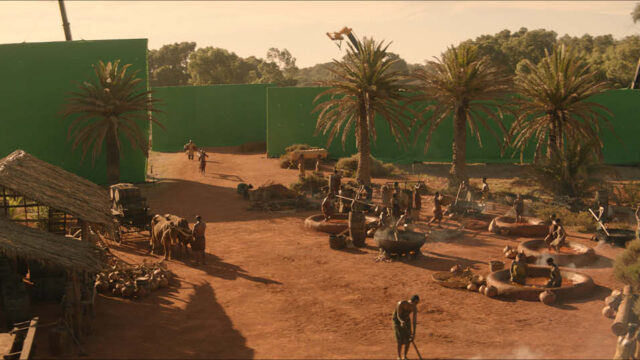 Milk modified their pipeline to be able to quickly make changes and choreograph the timings for the big battle with the Oyo. They utilised USD inside Houdini for the environment and CG layout on the Dahomey and Oyo Battle sequences which gave them the possibility to approach almost everything on an asset basis, where the selection of the model destruction and timing informs the effects placement in a similar way, making the communication between departments a much more streamlined process. 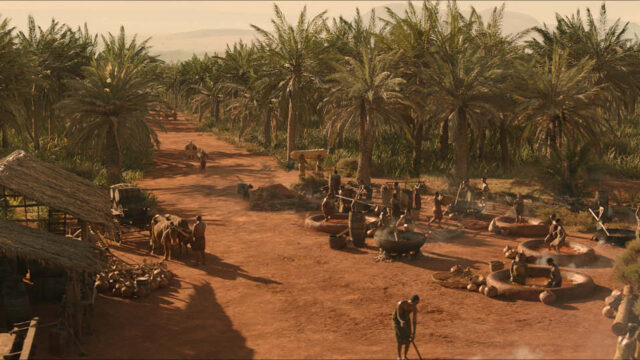