Elwen Rowlands, CEO and Co-Founder of Little Door Productions, and Executive Producer of The Pact, explains the genesis of the second series of the BBC drama.

The BBC had commissioned Little Door Productions to develop scripts for a second series of The Pact well before the first series aired. Did they have a crystal ball that foresaw the first episode reaching over 8 million viewers and making the BBC iPlayer top 10 of 2021? 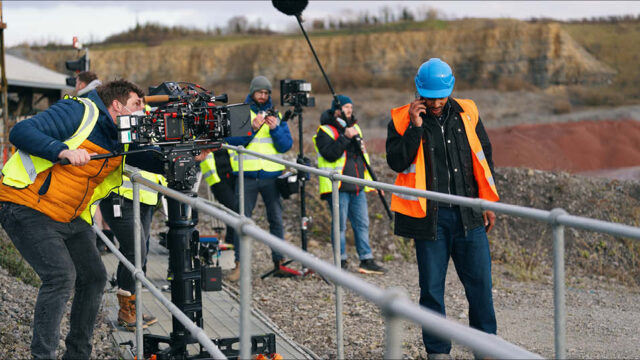 Our series two journey began back in 2020 on the technical recce for series one. We were in Rhymney Brewery (which became the location for Evans’ Brewery in S1) when writer Pete McTighe decided that the next series should focus on a pact within a family. Pete had always seen The Pact as an anthology series, and it appealed to me because it would allow us to tell many different stories set across different locations and different sections of contemporary Welsh society.  The decision was made, the characters and story were taking form. Then we shot series one and were blown away with the characters, our wonderful cast, and the audience’s response.  Suddenly we questioned that decision to move on to a new story and new characters. After a lot of debate Pete felt the most interesting part of those characters’ story had been told and the right thing to do was move on. I think he was right.

With scripts written we turned our attention to casting and the lead role of Christine. Casting Director Sarah Crowe who assembled our amazing cast for series one was again onboard and knew how important authenticity was to Little Door and the BBC when it came to casting a Welsh portrayal piece like The Pact. Having worked with her on series one, the name we constantly came back to was Rakie Ayola – Welsh, working class, and a phenomenal actor – raw, strong, commanding. She was perfect for the role. 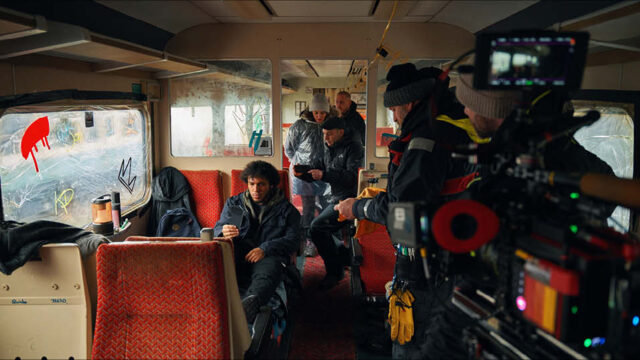 However, the scripts weren’t written for a black family and we were an all-white writing and producing team. How could we ensure that the show was conscious of our black lead character and not blind to it? Our solution was to bring Rakie onboard as an Executive Producer. She worked with the whole team, and it was particularly interesting to see her work with our brilliant production designer on the small details of the family home. Little Door also hired Dandi.org and through them brought in a diversity script consultant – Connor Allen to advise on the scripts. We also ensured that we had as diverse a crew as possible at all levels – from director to trainee. Our producer Adam Knopf was instrumental in all of this.

We brought on lead director Nicole Volavka whose gothic vision for the show excited us. DOP Sergio Delgado and Designer Keith Dunne shared that vision, it was uncanny how similar their individual mood boards were. Around Rakie we pieced together a great cast – newer talent like Lloyd Everitt, Mali Ann Rees, Jordan Wilks and Aaron Anthony and more established actors like Steven Mackintosh and Elizabeth Berrington.  The brilliant Christiana Ebohon Green joined us as our second director. 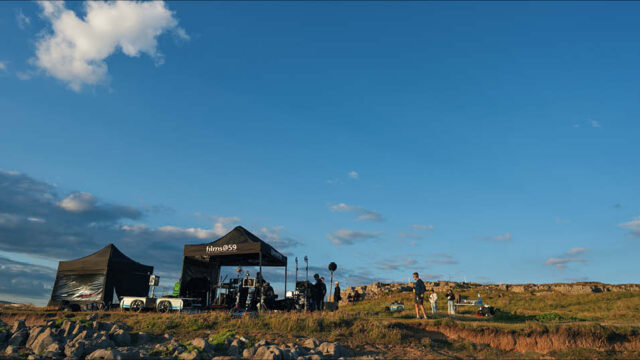 Our shoot was once again hit by Covid but I think we’re all so thoroughly fed up of Covid that I won’t dwell on that. I will however give a shout out to the production team who took the constant rescheduling in their stride. The Welsh landscape and its scene stealing locations once again plays a key role in adding a production value way beyond our budget, alongside the ability of our HODs to conjure magic on a limited budget.

This second series is more gothic and heightened than series one, but similarly explores what happens when ordinary people are thrown into extraordinary situations and how sometimes it’s the absence of truth that binds us together.  We hope the story will once again keep audiences hooked.

MPC provided a full-service offering to Universal Pictures and Monkeypaw Productions for Oscar winner Jordan Peele’s Nope – from working directly with the filmmakers during pre-production on concept art and visualization, to delivering more than 675 complex >>>