Based on the William Gibson book of the same name, The Peripheral follows a young woman as she takes a job controlling a character in a VR game—or so she thinks. She soon discovers that the futuristic, deserted London of the game is in fact the real world of the future and the character she’s controlling is a robot or ‘Peripheral’.

Being the primary vendor for the futuristic London environments, BlueBolt created fly-over scenes depicting a dilapidated London with some striking additions to the skyline; vast statues of the Greek Gods towering over the city and dwarfing the tallest skyscrapers. These structures are not immediately explained and thus serve as a compelling narrative hook right from the start of the show. 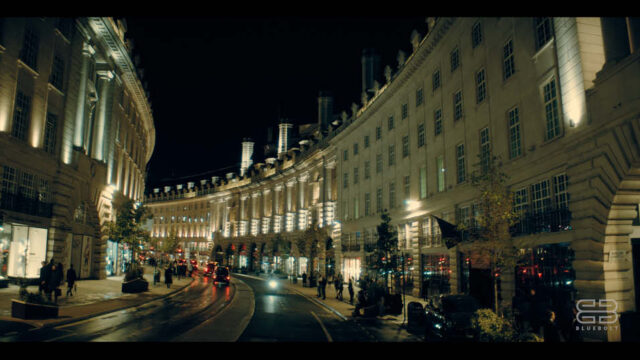 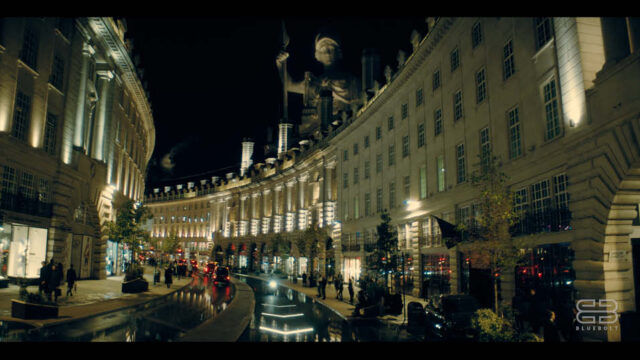 Eventually, it’s revealed that the statues are “air scrubbers” that remove carbon from the atmosphere and incorporate it into their own form. William Gibson tweeted, “As in the book, they’re carbon -scrubbers built by nano-assemblers, but their look as oversized classical statues is my favorite design move in the series.” BlueBolt built them by expanding on some early designs and developing a greebling process to create the small carbon blocks that accumulate around the statues. “The look of these structures needed to be elegant, but also have a practical function of cleaning the atmosphere of carbon over decades,” says BlueBolt VFX Supervisor Kyle Goodsell. 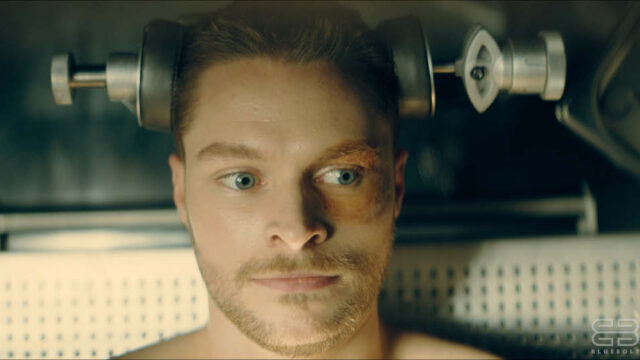 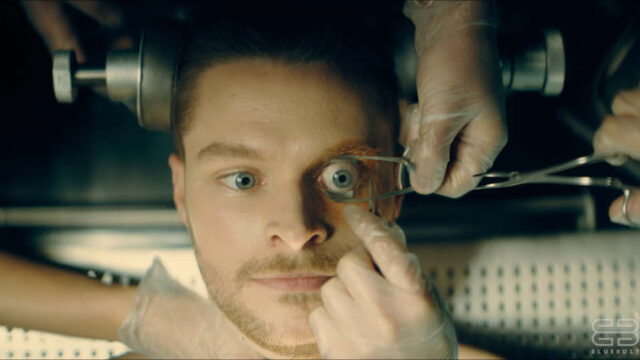 The BlueBolt team provided tech viz that enabled the directors to plan the shooting of the aerial plates, which was done during early morning runs from a helicopter. “On the show there was a mantra of capturing practical footage as much as you can and it really pays off when you see the final shots,” says VFX Producer Sam Dubery. 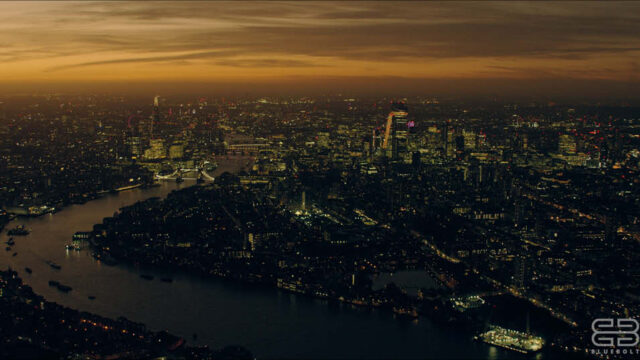 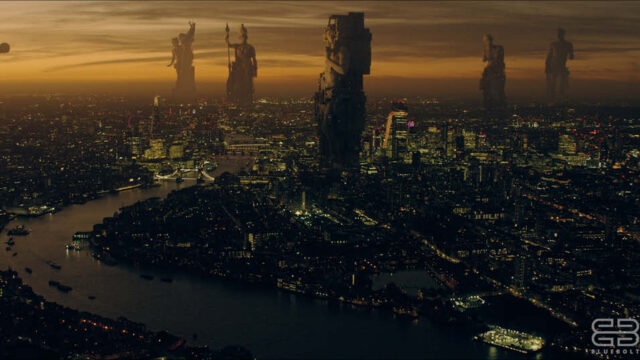 BlueBolt was responsible for onset supervision and weekly running of the entire shoot in the UK and North Carolina under the leadership of Production VFX Supervisor Jay Worth, who was based in the US.

After the shoot, BlueBolt followed up with a variety of work in post. As well as the air scrubbers, the team were responsible for much of the environment work that transformed the London cityscape. A particular feature they added was the ‘glossy roads’⁠—reflective road surfaces with illuminating chevrons that form part of the self-driving car technology of the future. 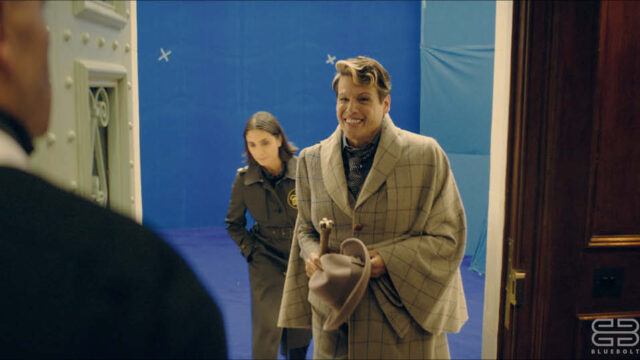 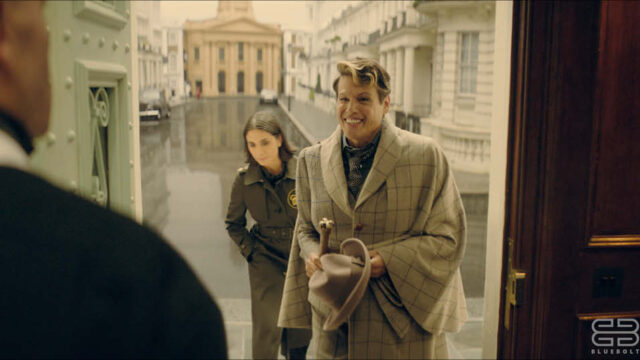 One of the most challenging sequences to produce was a scene in which a swarm of bees is attracted to a building. “Simulating, lighting and rendering hundreds of thousands of bees swarming onto glass, interacting and crawling over each other proved to be tricky to get the nuances right to make the bees feel photoreal in movement and look,” says Goodsell. 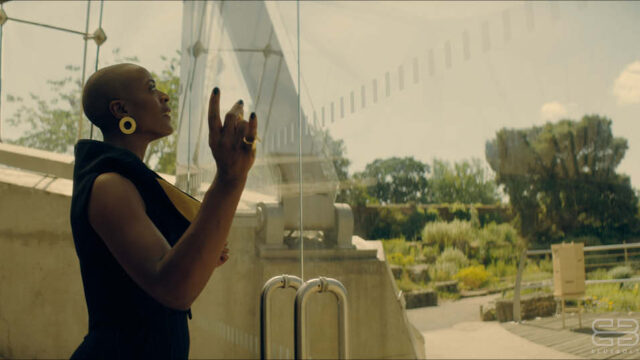 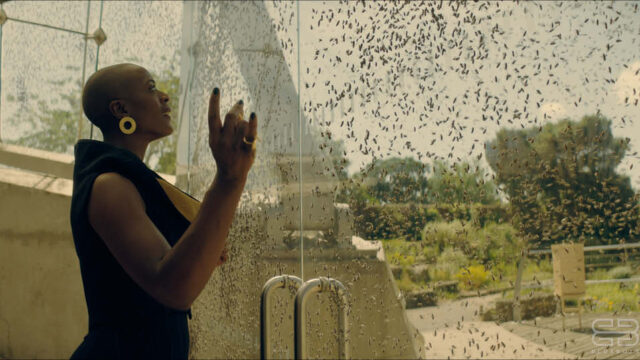 For a visceral sequence in which Burton’s Peripheral eye is replaced, BlueBolt’s 2D Lead, Tiago Faria, was tasked with combining two shots: one filmed with the actor and another with a dummy. His attention to detail and ability to retain all the gore, twitching and other horrible touches resulted in a shot that produced an audible reaction during the dailies!

The Peripheral is created by Jonathan Nolan, Lisa Joy and Scott B. Smith, produced for Amazon Studios by Kilter Films, and stars Jack Reynor as Burton and Chloë Grace Moretz as Flynne. It is available to stream now on Amazon Prime.

VFX and Visualisation studio NVIZ has appointed Head of Studio, Luke Kaile, as Managing Director to run NVIZ alongside Creative Director, Chris Lunney. NVIZ’s recent titles include Matilda the Musical, The Witcher and Aquaman and the Lost >>>

A new Media Cymru Innovation Pipeline has been launched for “creative freelancers and SMEs” across Wales with an idea for new products, services or experiences in the media sector. Up to £10,000 of seed funding is available >>>
Prev Post
Next Post
This website uses cookies to improve your experience. We'll assume you're ok with this. I've read this
Privacy & Cookies Policy