The Shoot10.06.22
Bottle Yard second facility to open this autumn

Bristol’s The Bottle Yard Studios has announced the name of its new expansion site. TBY2 will open for business this Autumn.

TBY2 offers three premium quality sound stages and is now available for advance booking from September 2022. The site is less than half a mile from the main Bottle Yard site in South Bristol and TBY2’s fully sound insulated and acoustically treated stages offer 20,000 sq ft, 16,500 sq ft and 7,000 sq ft of clear span build space with maximum heights of 34ft.

More than 40,000 sq ft of ancillary space is also available, including serviced production offices, prop stores, construction workshops, costume/makeup and break out areas. The TBY2 site is supported with up to 10GB secure connectivity and 24/7 site security. 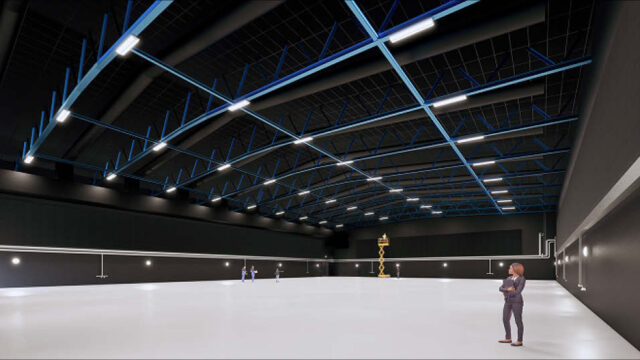 The three new stages at TBY2 increase the total number of stages at The Bottle Yard Studios to 11.

In terms of sustainability, a “sophisticated” building management system has been installed to optimise energy conservation, with built-in heating, cooling and ventilation in all stages. Energy supply for the facility is intended to be supported by a large photovoltaic (PV) array. Transport between the main Bottle Yard Studios site and the TBY2 facility will be carbon neutral, with electric vehicle (EV) points and cycling provision.

The Studios confirmed earlier this year that Bristol City Council, which owns and runs The Bottle Yard Studios, had contracted global construction specialists ISG to deliver the £12m TBY2 redevelopment backed by West of England Combined Authority investment, and that works were underway.

Ashford Borough Council and Quinn Estates have confirmed that  full construction work for Ashford International Studios in Kent will  start on the site at Newtown Works in summer 2023, with technical experts recently recruited to facilitate the >>>

UK Screen Alliance and Animation UK welcome the announcement made by the Chancellor of the Exchequer in the Autumn Statement of a consultation on reforming the screen sector tax reliefs. The government will consult on a series >>>
Prev Post
Next Post
This website uses cookies to improve your experience. We'll assume you're ok with this. I've read this
Privacy & Cookies Policy