Features & Opinion08.10.13
BFI London Film Festival: what it reveals about British filmmaking in 2013

It seems hard to believe, but this is the first year since 2006 that a film by a British director is to open the BFI London Film Festival (9-20 October).

Admittedly, the film is a US produced feature – Somali pirate drama Captain Phillips, starring Tom Hanks. But much of the talent behind the film is British, including director Paul Greengrass, cinematographer Barry Ackroyd, production designer Paul Kirby and composer Henry Jackman. Visual effects, meanwhile, were produced by British outfits Double Negative and Nvizible.

In many ways, Captain Phillips is the perfect emblem for the state of the British film industry: it’s packed full with British talent and creativity, but made with other people’s money. Indeed, the British industry has boomed in recent years thanks to an influx of Hollywood productions taking advantage of UK talent, tax credit and facilities. Such films accounted for £620m of the £929m spent on film production in the UK in 2012, according to BFI stats.

Speaking last month at the official press launch of the BFI London Film Festival, Greengrass himself said the UK film industry had never been in a stronger position.

Greengrass said: “British film is on a very positive journey. If you look at the biggest movies in the world, like Star Wars, Gravity – a hugely cutting edge movie – they are being made in Britain. British technicians are world class and audiences are queuing up to see these films.”

Gravity, which world premiered at the Venice Film Festival this summer, looks set to be one of the most popular screenings at the London Film Festival. Directed by Alfonso Cuaron and starring George Clooney and Sandra Bullock, the space thriller won huge acclaim for its visual effects (“as close to feeling like you’re in space as most of us will ever be”, said The Hollywood Reporter) which were produced by London’s Framestore under vfx supervisor Tim Webber. 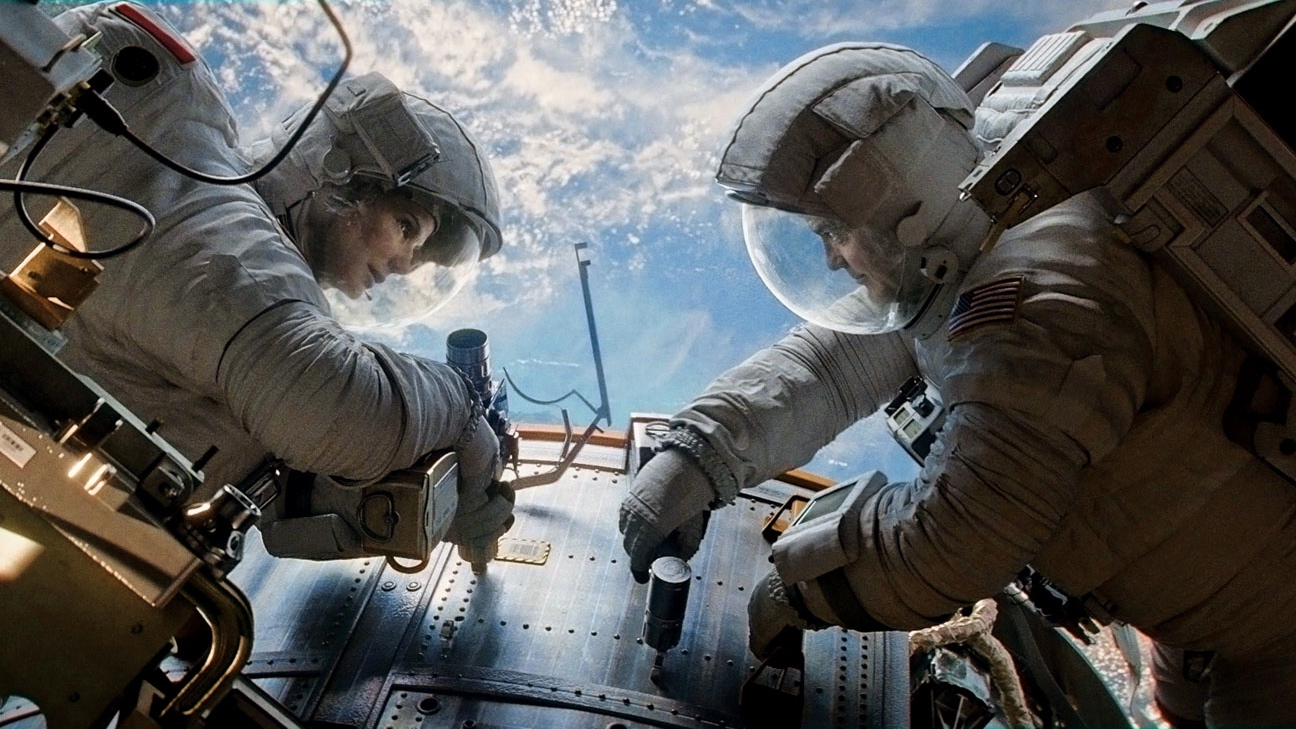 What’s interesting about the UK line-up at the London Film Festival though is the sheer number and diversity of the films on offer.

Back in May, during the Cannes Film Festival, there was concern that only two of the 70 or more films in the official selection were British. For many, it was a sign that something was going wrong with British filmmaking, with French, US, Mexican, Chinese and Cambodian filmmakers taking all the top prizes.

That now looks more like an accident of timing and production schedules. Since then some 20 UK films or co-productions have played at Venice and Toronto this year – and many of them will form the backbone of the prestige films that look set for awards glory at Oscars and Baftas early next year.

They are an eclectic bunch too: from Steve McQueen’s 12 Years A Slave through to Stephen Frears’ Philomena, Jonathan Glazer’s Under the Skin, Richard Ayoade’s The Double to Ralph Fiennes’s The Invisible Woman.

London Film Festival director Clare Stewart says: “Across the board you are seeing this extraordinary breadth of acting talent, of distinctive directorial vision. The quality and prowess of British production is very present in the festival.” 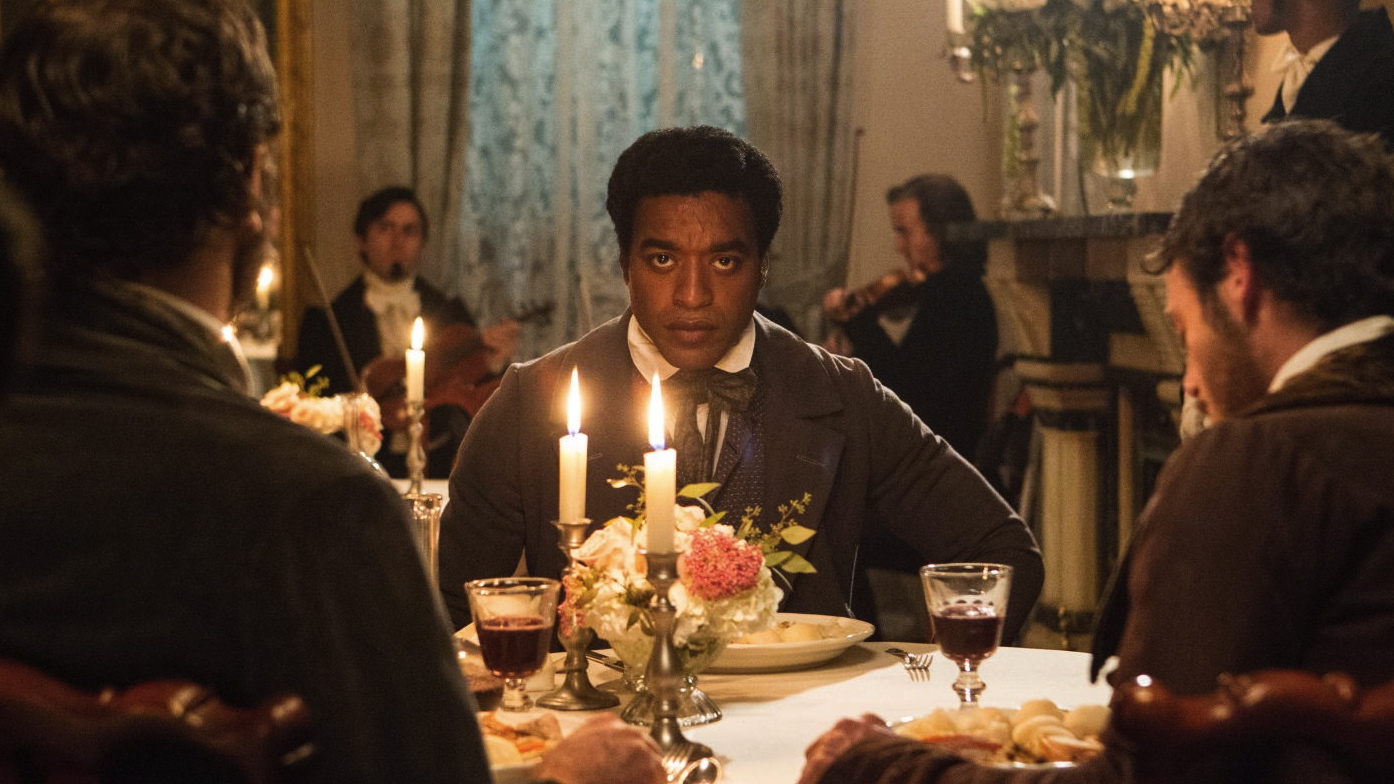 The winner of the top prize at the Toronto festival, McQueen’s 12 Years a Slave is based on the true story of a free black man in 19th century America who was kidnapped and sold into slavery, starring Chiwetel Ejiofor, Michael Fassbender and Brad Pitt.

Meanwhile, Frears’ Philomena follows the real-life story of Philomena Lee who spent years trying to locate her son after he was sold by Irish nuns to a wealthy American family. Starring Judi Dench and Steve Coogan, it won the screenplay prize at Venice, and Dench looks to be a guaranteed awards contender for her role.

Glazer’s long-awaited Under the Skin, starring Scarlett Johansson as an alien in human form preying on hitchhikers in the highlands of Scotland, won critical acclaim at Venice.

Richard Ayoade’s dark comedy The Double, based on Fyodor Dostoyevsky’s story about a man who goes mad after finding out his life has been usurped by a doppelgänger has also picked up strong reviews, as has Fiennes’ The Invisible Woman, the story of Charles Dickens’ affair with a younger woman.

Elsewhere in the festival’s main competition is British director Clio Bernard’s The Selfish Giant, about two teenage boys who get caught up in the world of copper theft. Inspired by an Oscar Wilde story of the same name, the film received its first showing at Cannes in May.

Then there is David Mackenzie (Young Adam) prison drama Starred Up, which debuted at Telluride and was noted for its powerful two central performances from young Skins star Jack O’Connell, and Ben Mendelsohn.

And British talent is on show in the festival’s closing film Saving Mr Banks, the tale of Mary Poppins’ author P.L. Travers meeting with Walt Disney; made by Ruby Films, it stars Emma Thompson alongside Tom Hanks and is scripted by British writer Kelly Marcel, who is now penning the screenplay for 50 Shades of Grey.

Despite the breadth of subject matter and styles of the films at the festival, Stewart says it’s possible to discern a number of themes. “One of them is the number of compelling stories that come from real life, like Captain Philipps, Philomena, 12 Years a Slave and Saving Mr Banks. In a lot of these big films we are seeing narratives that are drawn out of true stories and this is becoming something that seems to have more and more resonance with audiences.” 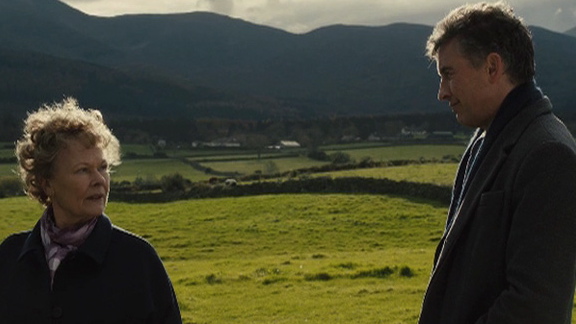 Stewart also points to a few of the ‘discoveries’ to be found in the festival line-up. She mentions Rob Brown’s Sixteen, an urban thriller about a former child soldier from the Congo living in West London, calling the film “an incredibly powerful social drama”. Then there is Destiny Ekaragha’s comedy Gone Too Far!, exploring West Indian-African tensions on the streets of Peckham. “It’s really beautifully done,” says Stewart. Meanwhile, critic Mark Cousins (“who seems to be going through a very prolific period at the moment”) is in the documentary competition with the idiosyncratic Here Be Dragons, about the political and cultural landscape of Albania. And then there is one of the more intriguing films in the festival, Leave to Remain, directed by Bruce Goodison – which began life at a film academy that gave young asylum seekers the chance to train in filmmaking.

Such films, says Stewart, reflect the vitality of UK filmmaking. Stewart underlines the importance of Film4 and BBC Films as crucial parts of the industry. Film4, for example, has backed festival films 12 Years A Slave, The Selfish Giant and Under The Skin. The filmmaking arm of Channel 4 is also behind Roger Michell’s upcoming comedy Le Weekend and Kevin Macdonald’s adaptation of Meg Rosoff’s How I Live Now. BBC Films, meanwhile, has backed Philomena, The Invisible Woman and Saving Mr Banks.

Stewart says: “To have both Film4 and BBC Films as broadcasters backing the kinds of productions they are, is a vital part of this industry. Not every country has that kind of support in terms of its more creative filmmakers finding their visions backed.”

Diplomatically, Stewart also praises the work of her counterparts at the BFI Film Fund. With £26m to invest in 2013, its credits include Philomena, The Invisible Woman, The Double, The Selfish Giant, Under the Skin, Exhibition, Half of a Yellow Sun and Gone Too Far.

An Australian and former Sydney Film Festival director who took over the LFF two years ago, Stewart is now focused on the opening night of the festival on the 9th of October – when she will host Paul Greengrass’s Captain Philipps on the red carpet. “It’s a film that speaks volumes about the degree of profile that British filmmakers and films are currently achieving,” she says.

“It’s a great year for telling the British story. Both our opening and closing night films have extremely strong British elements to them. Paul Greengrass is the director of Captain Phillips and Barry Ackroyd is cinematographer and the music is by Henry Jackman. Ruby Films (the UK production company) is behind the closing film Saving Mr Banks (starring Emma Thompson as PL Travers). The film itself really plays on the whole cultural collision between the adopted Britishness of PL Travers and the American splendour of Walt Disney.

“You look through the Gala collection, and it is so exciting to see Steve McQueen whose incredible directorial vision we have all been blown away by in films like Hunger and Shame, really working in an expanded way on 12 Years A Slave. It’s a much bigger scale of production.

“Again coming out of the UK production environment is Alfonso Cuaron’s Gravity – which Tim Webber from Framestore is the vfx supervisor on. It is an immaculate technical achievement.

“You go from those films to Ralph Fiennes making his second film as director. The Invisible Woman is a very precise, beautifully modulated period drama with deeply affecting storytelling and, as you would expect from him, terrific performances.

“And Stephen Frears’ Philomena is an extraordinary film, and entirely compelling. It’s a big passion project for (co-writer and co-star) Steve Coogan and Stephen Frears’ direction is exemplary in terms of his capacity for modulating pathos and wit.”