Director Conor Woodman on the making of his latest doc, Secret Horse: Quest for the True Appaloosa, set in the wilds of Central Asia.

This film really started five years ago when a show (Around the World in 80 Trades) I’d made for Channel 4 aired internationally.

Out of the blue I got an email from Scott Engstrom, a horse breeder from America, who told me that one of the horses I’d sold to a Kyrgyz farmer for $600 looked exactly like one of her Appaloosa horses. Not only that, but she thought the horse could be the missing link in proving where Appaloosas came from.

After some research I realised the significance of what Scott was talking about. The history books all say the Spanish Conquistadors brought the first horses to America. But if Scott was right, then the history books might be wrong. Maybe there was another source – Asia.

The problem was that to prove that we would need to find and DNA test a horse that I’d sold years before on the other side of the world. It could be anywhere but I asked my Kyrgyz friend, Munarbek Kuldanbaev, to look into it. When he emailed me to say he’d got a lead on where the farmer might be living now, I thought, ‘OK it’s time to go back to Kyrgyzstan to find that horse’. 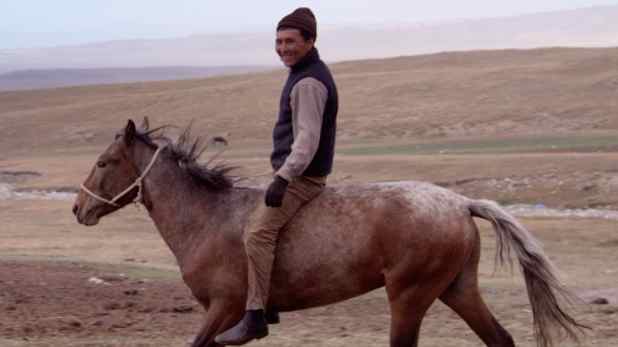 It was a risky film to make because I really didn’t know how it was going to end. And also because our journey took us high into the Tien Shan mountains where we were cut off from all support. We had to transport our whole kit on horseback in saddle bags, we charged batteries with a portable generator, data wrangled terabytes worth of RED files in a tent every night and at 4,200 metres my 69 year old contributor got awful altitude sickness. There were times when it felt like madness.

Key to making that work was DoP Van Royko who I met a couple of years ago on another project we were shooting on RED. I convinced Van to sign up to this film with the promise of mountains, lakes, nomads and horses all waiting to be shot in glorious 4K. I think he’s brilliantly captured the wonder of one of the world’s last unspoilt wildernesses and when you see his pictures next to Isobel Waller-Bridge’s outstanding score, I hope it offers something worthy of a cinematic experience. 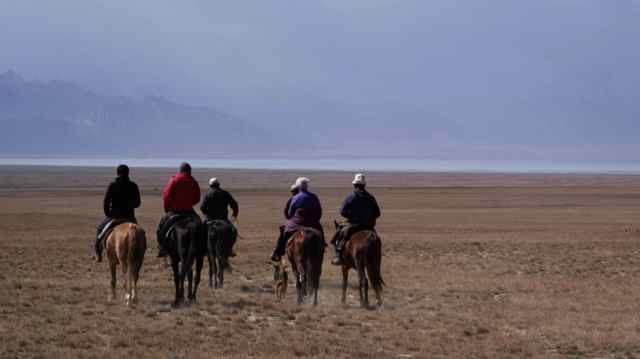 This film has changed me. It was my first time directing, which presented a whole new challenge on top of being the guy in front of the lens. But more than that, it’s reaffirmed my faith in following your heart and never taking no for an answer when you’re convinced you’re onto something. Scott is a massive inspiration and her drive and courage should be an example to us all. And don’t forget she’s 69 years old.


Secret Horse: Quest For The True Appaloosa will air on BBC4 on 21st Jan at 9.00pm