The series is built on the access gained to serial killer Lee Malvo, the surviving shooter from the Washington DC Sniper case. Malvo recounts his story in a series of phone calls conducted over two years from his Supermax solitary cell at Red Onion State prison in Virginia.

The access was incredibly difficult to get, as was access to many of the survivors and the families of those killed.  Malvo would call series producer Mary-Jane Mitchell whenever he was allowed to.  She carried her equipment with her 24/7 so as not to miss a call.

The project took 15 years from conception to completion with the editing process  incredibly complicated as Malvo was still doing his phone calls with the producer while the edit was under way, meaning the team had to keep changing the structure of the film to adapt to his calls. 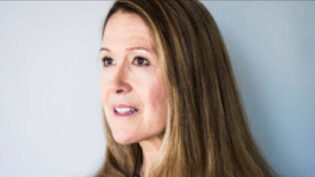 One sunny afternoon in early autumn, 2018, I stood on the roof of the Children’s National Hospital in Washington DC, waiting to film with the surgeons who had operated on a young boy who had just been shot, sixteen years earlier.  Part of the vision for I, Sniper was to take witnesses back to the places where the deadly events had happened, creating a visceral rendering of the story.

The murderer (or murderers, nobody yet knew at the time) was wreaking terror across the region.  That morning, the young victim had been given a lift to school by his aunt – he’d been banned from the school bus for eating a Turkey Twizzler on the bus.  So he was alone as he stepped on to the porch of the school, seconds before being gunned down by an unknown sniper crouching in nearby bushes.

The sniper was a young man, recently turned 16.  He’d been on a murderous spree with an older man for the previous eight months, and that morning had been ordered to kill a schoolchild.  The following morning, Montgomery County’s Chief of Police told a gathering of journalists, “Your children are not safe.”

It got me thinking how young people were at the heart of this story: children who were no longer safe in the DC area, the children of victims murdered by the snipers, a teenager who had been indoctrinated by an older man to carry out the unspeakable.  And this determined one of the key ways we approached this story.  We decided to use the audio recordings of convicted murderer Lee Malvo, now in his thirties, in solitary confinement without parole.  Series Producer Mary-Jane Mitchell, often at great cost to her own family life, had taken calls from Malvo over the previous two years and continued to do so during the duration of production and post-production.

The decision to include Malvo’s voice throughout the series will be controversial to some.  To be clear, there was never any intention to justify Malvo’s actions nor to exonerate him, but to try and understand what might lead a homeless teenager to unleash terror on American soil, and to underline the impact he had on so many.

Malvo’s voice recordings trickled in over many months.  They subtly changed our storytelling, causing the whole team –  myself; Mary-Jane; John Smithson, Creative Director;

Sam Starbuck, Executive Producer; and Janice Sutherland, Director – to re-interpret our assumptions.  Juxtaposing Malvo’s voice with the testimony of the bereaved and survivors was sometimes shocking but, we felt, necessary to fully understand the truth of what had happened.  The revelation that Malvo had been sexually abused by his co-murderer John Muhammad, arriving late in the edit, forced us to look deeper into the relationship between them.  It was an organic process, often involving structural changes, that never stopped until the very end.  The editing team, led by Gregor Lyon, had to be constantly attuned to this.  Telling a retrospective story in this way, with live elements coming in at unpredictable times, was what made this production such a challenging and memorable experience.

I, Sniper TX’s weekly on C4 at 10pm, from Monday 24th January, with the boxset available on All4.

I, Sniper is the minute-by-minute account of the 2002 Washington DC Sniper case. Featuring the voice of the surviving shooter and a wealth of testimony from victims, survivors, families and investigators, this series reveals the events that led a 17-year-old and his 41-year-old accomplice to commit unthinkable acts of violence.

In the autumn of 2002, Washington DC and surrounding suburbs were paralysed by a terrifying wave of random shootings from a sniper’s rifle, lasting over 23 days. Ten people were killed in this attack on the American capital, three others critically injured. This was an America still in shock just a year after 9/11 – but the sickeningly real possibility of sudden death on the street took public fear to an unprecedented level. The perpetrators were a Gulf War veteran, John Muhammad, and a Jamaican teenage boy, Lee Malvo, picking off their victims one by one from inside the trunk of a blue Chevy Caprice.

This six-part series is the definitive account of the terrible shootings. Malvo recounts his story in a series of phone calls conducted over two years from his Supermax solitary cell at Red Onion State prison in Virginia. He describes his childhood of deprivation in Jamaica, his tortured relationship with John Mohammed and the murders he committed at the age of 17. Malvo’s account of the 22 attacks offers insight into what was happening in his mind and helps us understand the complex web that led him on the path to multiple murders. His account is woven into the stories of those who witnessed the events as survivors as well as the families of the victims and the perpetrators’ own relatives. There were 22 known victims of the shooting and seven survivors, four of whom were traced and interviewed. Many families of victims gave their testimony about the events as they happened and the impact on them.