Slim Film + TV had already taken on a mammoth task with its remake of the Jules Verne classic – And then Covid struck. Tim Dams reports

Published in 1872, Jules Vernes’ classic Around the World in 80 Days famously centres on Phileas Fogg accepting an almost impossible wager – to circumnavigate the globe in just eighty days.

Adapted in 1956 as an Oscar winning film starring David Niven and then in 2004 with Steve Coogan in the lead, it’s now coming to television screens following an international shoot that sounds almost as impossible as the book’s original wager.

With a budget of around £40 million, the TV series negotiated Covid-19 lockdowns to film in Romania and South Africa where massive sets were built to recreate 1870s London, Paris, New York as well as an Indian hillside village, Arabian desert, the streets of Hong Kong, a Wild West town and a Pacific island. At various points there were up to 3,000 people working on the show.

It was a beast of a production, says executive producer Simon Crawford Collins of Slim Film + Television. He describes it as a like an 1872-set road trip. “Nothing is ever in the same place – it all involves trains, boats, camels. Everything is on the move.” For example, an ‘amazing’ New York street set which took two months to build in Romania was filmed on for just three hours. “The designer was almost in tears,” says Crawford Collins.

The idea for adapting the novel followed a ‘bookshop trawl’ by Slim’s development team. Around the World in 80 Days was picked out for being a title that everyone knew, but with a story that was less familiar. A script was then commissioned with Caleb Ranson (Child Of Mine, Heartless) and Ashley Pharoah (Life On Mars, Ashes To Ashes) leading a team of writers. “I thought that pitching it as an idea wouldn’t work, but getting a script written and then pitching it was the way to go,” says Crawford Collins. 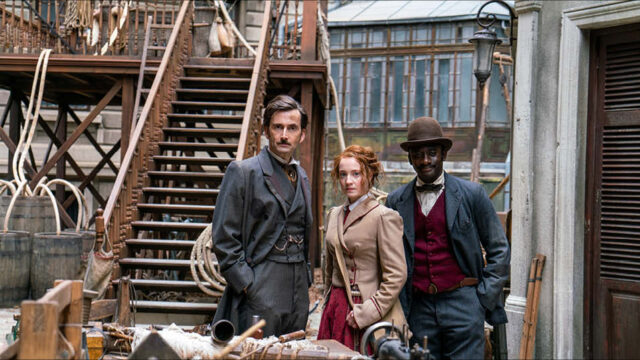 The first broadcaster to bite was France Télévisions, which liked the way the script developed the backstory of Fogg and his companion Passepartout so they are more fully rounded characters than they were in the films and the book, and adds the female character of aspiring journalist Abigail Fix, who reports on their extraordinary journey. “It’s got action, heart and emotion, and then of course Ashley is very funny, so he’s managed to juggle those elements in the way that he did with Life on Mars and Ashes to Ashes,” says Crawford Collins.

France Télévisions then introduced the project to the European Alliance, its pact with Italy’s RAI and Germany’s ZDF to share funding of large-scale series so they can compete with US streamers. This triumvirate of broadcasters formed the cornerstone of Around the World in 80 Days’ financing. France Télévision also introduced Slim Film + TV to French co-production partner and distributor Federation Entertainment. Further funding came via South African and Romanian government grants, as well as sales to the BBC for the UK and PBS in the United States. Another key moment was signing David Tennant as the lead.

The production then set about building major sets in Romania and South Africa. Romania was the location for the colder Northern hemisphere sets such as London, New York and Paris, while South Africa provided the hotter territories such as India, Arabia, a Pacific Island and Hong Kong.

Three weeks into the shoot at Cape Town Studios in South Africa, and with one episode filmed, the entire production had to shut down amid Covid-lockdowns. “We had to suddenly start repatriating people, flying them back to every corner of the globe,” recalls Crawford Collins.

Production only began again in November. But South Africa was still struggling with Covid, so the decision was taken to restart in Romania. It meant some of the sets that had already been built in South Africa – such as one of the Hong Kong docks – had to be pulled down because another production was booked to move into the studio.

The cast and crew returned to South Africa early this year to finish filming, stepping on to a huge Indian village set that had been built outside Cape Town almost a year to the day after production stopped. In the meantime, security had guarded the set 24/7 for the whole year. 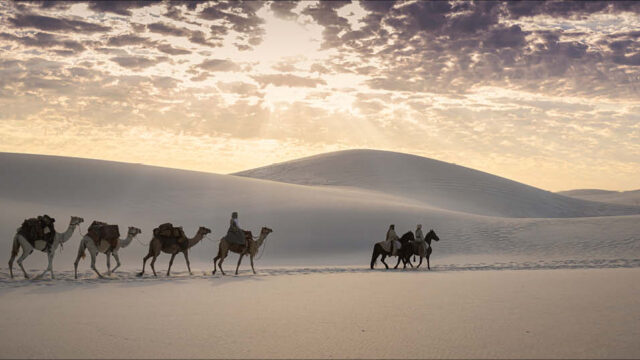 In some ways, Crawford Collins thinks Around the World in 80 Days was lucky to have shot for three weeks before it shutdown. “On a basic, practical level, there was a big financial commitment which no one wanted to give up on. But we were also really excited by the rushes.”

He says the production aimed for a “real, gritty” look so that viewers genuinely felt the cast were travelling the world. “When they are in the desert, we wanted them to be really hot and sweaty, and a bit grubby under their arms,” says Crawford Collins.

Cinematographer Álvaro Gutiérrez shot with the Sony Venice (recording in the X-OCN ST format for the most part, occasionally using XT when VFX would be required later on), and paired the camera with Sigma FF High Speed lenses.
Pharoah describes the series as “his love letter to the world,” according to Crawford Collins. Viewers of course are used to seeing the world on screen, far more than they were when the 1956 film came out. “But we wanted to try and capture that sense of Fogg and co in 1872, really seeing these things for the first time ever.”

The main unit wrapped in March, with a number of second units shooting slightly longer in countries such as Italy and France. Post production then took place in France, where Mikros Image edited all the episodes and some of the VFX for episodes alongside Mac Guff. Studio KGB handled sound editing for all the episodes. The score, meanwhile, was created in Los Angeles by legendary composer Hans Zimmer and Bleeding Fingers composer Christian Lundberg.

Because of travel restrictions, a lot of the post was overseen remotely. “Doing post production by Zoom is not something I would recommend,” says Crawford Collins. “It was really hard work.”

In fact, the whole production sounds hard work. “Undoubtedly, this is one of the most joyful projects I’ve ever worked on,” says Crawford Collins. “When I consider the challenge we had that feels a bit perverse…It’s the sort of show that reminds me why I want to be a producer. And it makes me understand why I’d quite like to quit being a producer. It’s got every end of the spectrum.” 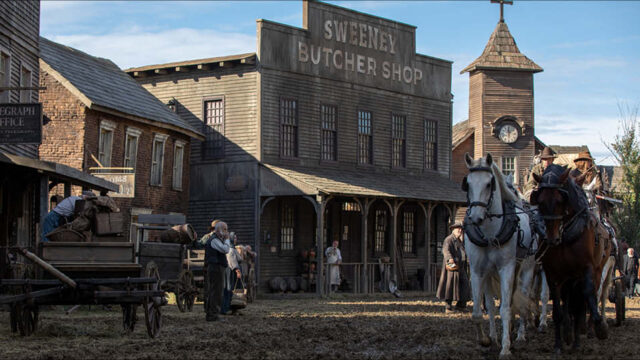 Around the World in 80 Days is co-produced by Slim Film + Television and Federation Entertainment for the European Alliance formed by France Télévisions in France, ZDF in Germany and RAI in Italy.

Around The World In 80 Days has already been acquired by BBC in UK, Seven West Media in Australia, RTS in Switzerland, as well as Daro Film Distribution, associate producer.

The series benefits from the support of the IDC (Industrial Development Corporation) of South Africa, from the CNC (Centre National du Cinema) in France, from the Romanian government and from the Creative Europe Program MEDIA.
Federation Entertainment is handling distribution rights to the series.

Behind The Scenes10.12.21
Behind the Scenes: Stay Close

Behind The Scenes10.12.21
Behind the scenes: Aardman's Robin Robin

Behind The Scenes10.12.21
How we made it - American Murder: The Family Next Door

As part of the recent Televisual Bulldog Awards, we asked the winners of each category to tell us the story behind making their show the standout success that it became. Jenny Popplewell, the director behind American Murder: >>>
Prev Post
Next Post
This website uses cookies to improve your experience. We'll assume you're ok with this. I've read this
Privacy & Cookies Policy