On the launch day of the BBC Studios Showcase, Director of Comedy for BBC Studios, Jonathan Blyth, looks at what makes comedy brilliant

Laughter is a universal language, so it is no surprise that comedy drama is top of the list for younger viewers and the second most popular choice for all audiences in the UK. Demand for library comedy series was also up by 50% last year.

As Director of Comedy for BBC Studios, finding the very funniest ideas for UK and international viewers, it’s my job to work out what will make us laugh. Comedy can be a subjective thing, but here are some common themes we all enjoy.

In its simplest form, we find humour in characters we can identify with. This Country’s Kerry and Kurtan struggle with the mundanities of life, bringing a pang of recognition with the laughs. Channel 4 favourite Friday Night Dinner by Robert Popper creates familiar moments from our own family and friends. Ladhood from Liam Williams (BBC) explores modern day masculinity, with flashbacks providing plenty of nostalgic laughs and warmth.

Good comedy transports you. Whether it’s through the incongruity of watching Greg Davies play the likeable ‘Wicky’ in The Cleaner dealing with the blood and gore of crime scenes as he gossips and cracks jokes, or seeing normal people in dangerous situations in Stephen Merchant’s The Outlaws for the BBC and Amazon. And during lockdown, Live at the Apollo’s virtual comedy club lifted spirits for many. 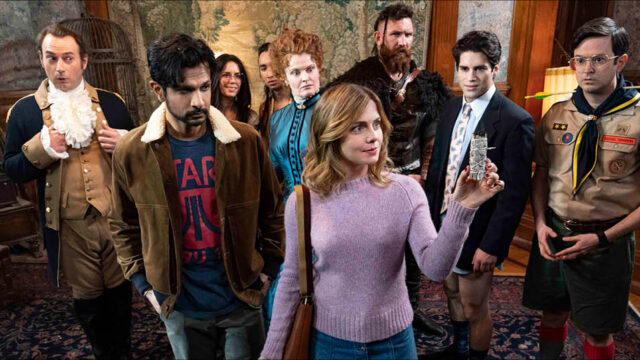 Comedy drama also enables audiences to connect with challenging, important themes using a combination of humour and heart. The powerful, multi-award-winning I May Destroy You by Various Artists for the BBC and HBO dealt with the reality of trauma: It is an unflinching series with dark humour at its heart, which received widespread and justified critical acclaim. The warmth of Ghosts, with its eclectic group of afterlifers, offers a way to deal with our own fears about death. The comedy, adapted and produced through the BBC Studios’ Lionsgate Television partnership, is now charming viewers in America, attracting an impressive 9m+ viewers on CBS and Paramount+ and becoming television’s most popular new hit broadcast comedy in the US.

The British love of mockery is well known, and it’s also popular overseas, with home-grown British comedies being picked up by US broadcasters. Jamie Demetriou’s brilliant Stath Lets Flats is the latest export to reach success on HBO Max

Call Me Kat, adapted from the UK’s Miranda for Fox, stars Mayim Bialik and ranked as television’s number one new comedy in its first season.  The series, now in its second season, is produced by Warner Bros, with executive producers including Jim Parsons (Big Bang Theory), Mayim Bialik and Angie Stephenson for BBC Studios’ Los Angeles production arm.

As we approach this year’s BBC Studios Showcase, there are some fantastic examples of these in store for audiences in the UK and abroad. 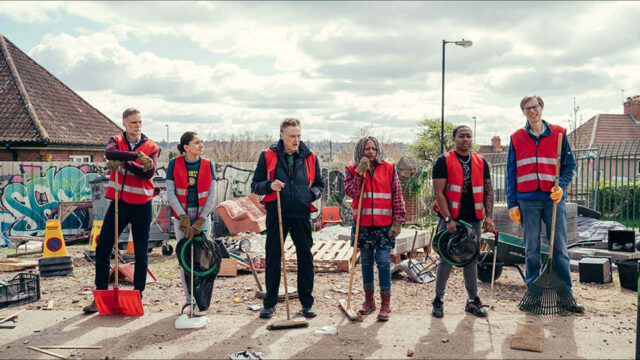 I Hate You, a brand-new comedy about the messiness and intensity of twenty-something friendships is coming up for Channel 4 from the makers of Friday Night Dinner, starring Tanya Reynolds (Sex Education) and Melissa Saint.

Romesh Ranganathan’s upcoming series, Avoidance, for BBC One, is a bitter-sweet sitcom about a useless man, forced to change for the sake of his son.

BBC One’s Here We Go, written by Tom Basden and produced by BBC Studios Comedy, with an all-star cast including Alison Steadman, follows the highs and lows of the Jessop family during the pandemic, after a successful pilot under the title Pandemonium in 2020. 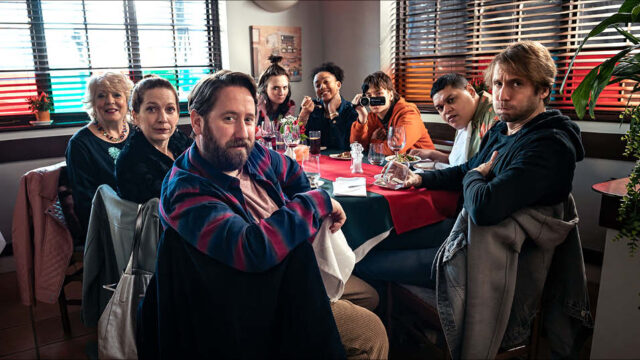 In the light/dark category, Chivalry, written by and starring Sarah Solemani and Steve Coogan and produced by our indie label Baby Cow, satirises the complex state of contemporary sexual politics, asking if romance can survive in the post #MeToo era.

Comedy thriller Am I Being Unreasonable?, written by and starring Daisy May Cooper and Selin Hizli on the tricky subjects of maternal paranoia and obsessive friendship, is being made for the BBC by our new indie label Boffola Pictures.

Also starring Daisy May Cooper, The Witchfinder, a Baby Cow production for BBC Two, follows failing witchfinder (Tim Key) as he transports a witch to trial across 1640s East Anglia and finds what should be a straightforward journey is turned into a life-changing ordeal.

Judging by these exciting titles, I have a funny feeling the demand for quality British comedy is here to stay.