The Thick of It and Alan Partridge producer Armando Iannucci talks about his experiences of making comedy in the US and how he gets the best out of his actors. He’s currently in the midst of editing the fourth season of HBO/Sky Atlantic series, Veep.

Was producing comedy in the US an easy transition for you?
There was a lot that was new to take in but the more I got into it, the more similar I realised it was. Working with HBO reminded me a lot of working with the BBC 10 or 15 years ago. For such a huge name with a huge reputation they’re quite a small outfit. I only really had to deal with two people there – Mike Lombardo the programme guy and then Casey Bloys the comedy guy. 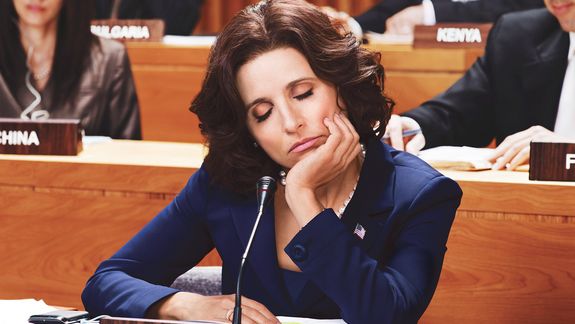 But isn’t the cliché of US TV that there are 50 execs on your back?
That’s what I’d experienced working with ABC ages ago [Ianucci made an ill-fated Thick of It pilot for the network in 2006], so I’d gone into HBO thinking “well, it’s all going to happen again” and then just being astounded on every level when you meet these very nice, intelligent, enthusiastic and supportive people who just want to make good television. It took me about a year and half to realise that was the case.

Will that culture become more prevalent now?
The heartening thing is that is the way television is going. HBO lives and dies by the quality of its programmes. They don’t do advertising so they’re not that concerned with overnights. It’s about how many people watch the shows over the weeks and months. They want people to be talking about the shows so more people subscribe.
For that to work they give the creatives a lot of responsibility and autonomy. Now Netflix are doing it, Amazon are doing it. In one sense it’s heartening because the producers and writers are the ones in demand. On the other hand, these shows are very expensive to make so they don’t give everyone the chance. There’s more competition and the fight to get a slot is going to be a little trickier.

Is there less of a gulf now between US and UK comedy?
What’s changed now is you can access other people’s comedy a lot easier. The US has a great admiration for British comedy but it’s usually British fringe comedy – Monty Python, Peep Show – these shows have huge followings in America. In the UK we have an enthusiasm for very mainstream but smart American comedy. I am hoping in this cross-pollination it becomes clearer to commissioners that you can put smart comedy on a mainstream channel. It’s difficult to think of something like Seinfeld being on BBC1 at 9pm on a Monday. It’s a bit of a bugbear for me that we’ve lost that sense of smart mainstream. Porridge, Steptoe and son, Reggie Perrin and Yes, Minister were classic comedies from the 70s and early 80s and were all on mainstream television. Now everything’s got to make its journey through BBC3 or BBC4.

Is it difficult for your British writing team to get American dialogue just right on Veep?
We write it in great detail but the directing process involves the cast loosening it up a bit. I say ‘if you don’t think the character would say it like that, then let me know how they would say it.’ That’s not a general rule of comedy it’s just how we make Veep. You want to feel like you’re watching the reality so you want the artifice of the dialogue to not feel artificial – we ask the cast to overlap each other’s dialogue, throw things in, react spontaneously. I’m very strict on what we need to get out of the scene and if I don’t feel we’ve got it yet we’ll go back and do it again. We put a lot of work into the scripts prior to shooting it but then the shoot itself is all about making it feel real and believable and organic to the characters. 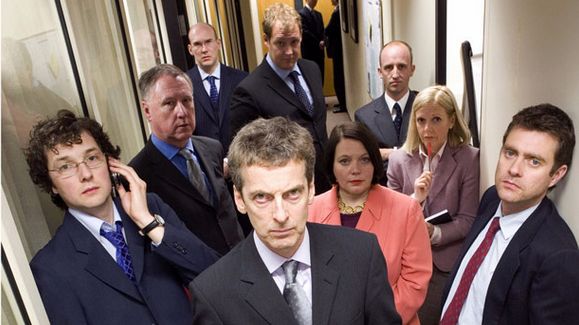 So you plan everything very tightly and then let the actors play with it?
We have an extremely strong safety net for them to then start taking risks on camera.
It was the same with The Thick of It. On the first episode all the actors were saying “but we like the script.’ I had to say ‘I’m not asking you to throw the script out, I just want to be able to switch it on at any point and think this is genuinely what these people are saying. I want to believe it. Sometimes they would improvise in a way that all the words came out from the page, they just came out in a slightly different order because the cast have found a slightly more organic order to say them in.

Are actors comfortable with that?
For key actors you want people who are very comfortable with it. But for those with a guest part I say ‘don’t worry. You don’t have to be the world’s greatest improviser. I’m not asking you to spontaneously come up with loads of funny lines.’ We’ve got writers for that. I’m just asking that if something unexpected happens, just act in character, even if it’s just looking startled or absolutely dumbstruck. Sometimes that is the funniest thing from the scene. The genuine reaction shot from a character can be just as funny as the page of dialogue that preceded it.

How do you create the conditions for people to improvise?
I try to encourage us to shoot it in the easiest way possible without too many marks to hit so we can shoot the whole scene without any interruptions. That allows the actors to get two or three goes at the scene. Then once it’s under the skin, they’re more familiar with the scene. Also then I’m more familiar with the scene and, looking on the monitors, I’m beginning to see exactly where the scene is and I’m looking to see characters who may not have said something but are in the back of the shot and whether they can say or do something funny. So we’re still adjusting the scene and layering it even more with every fresh take. Then once that’s done I can then just come in and pick off the odd line here and there that I don’t feel I’ve got. 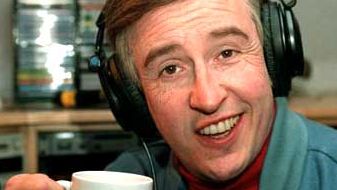 Are comedy directors more interested in performance than the ‘look’ that drama directors might be after?
It’s got to look good. But I envy drama directors and how they can get away with a shot of someone just coming out of a car and up some stairs, going along a corridor and handing a letter to someone and it all looks great. I think ‘God, if that was in one of my shows I’d have to think of 40 seconds of funny stuff. I don’t want to demean drama direction because a lot of thought has gone into how those 40 seconds look. But I do envy that.

Are there people you always work with on every show?
On Veep, it’s an all American crew but the writing team is people I’ve worked with on The Thick of It and other shows  – it’s a UK post production team too, all the post is done in London. It’s a sort of transatlantic production in that really the writing room and the prep is done in the UK, then we go to Baltimore we shoot it with American cast and crew, then come back and edit it and get it ready back in the UK. What’s heartening is the American crews love the show and love the method. Also the Brits got an editing award from ACE and the writers got a Writers’ Guild Award so it’s nice the UK talent is being recognised in America.

How do you cope with the longer US runs?
They’re longer than I’m used and they’re annual as well. The Thick of It was every two or three years and Partridge was every three or four years. It is a non-stop process. We’re now editing season four and that’s about to go out in America and already the thoughts are turning to scripts for season five. It’s a non-stop cycle which takes a bit of getting used to.

Is there a danger of getting burned out?
With each season I’ve been careful to graduate people on the show – Chris Addison directed an episode in season two and he’s become an exec producer for season four. It allows me a little more time to step away so I can turn my head to other things but also, once you get locked into a weekly cycle, it’s difficult to stand back and think ‘where is this heading?’ It’s allowed me time to step back and see the big picture.

Is the annual cycle of the show helpful?
It means you can be two thirds of the way through shooting a season and you suddenly have an idea. Great, fingers crossed that you get this recommissioned and that’s what we’ll do, and its not that far away. So you can start to have a grander plan. It’s nice to see a character who you may have seen only for a fleeting moment in one episode, suddenly have a whole major plotline in season three. I like that element.

During the event he will discuss his critically-acclaimed career.

To book your place visit: http://www.rts.org.uk/conversation-armando-iannucci-0