The Red Coat from Televisual Media on Vimeo.

In late August Televisual took a small crew and an actor across to Amsterdam to shoot a short film with the VariCam Pure (with Codex RAW recorder), eight Fujinon HK Premier and ZK and XK Cabrio cine-zooms and Atomos HDR monitors.

The agenda was always to “shoot for 4K HDR”, to test the VariCam Super35mm sensor, the Codex RAW recording and Fujinon lens values in bright sunshine and at night, to capture complex, nuanced high contrast images with a cinematic flare.

Nicolas Roeg’s classic psychodrama, Don’t Look Now, provided the initial inspiration – particularly the chase sequence towards the end of the film as Donald Sutherland pursues the dwarf in the red coat around the back streets of Venice at night. In The Red Coat physical actor Nina Deiana, fresh from a two-year run as The Woman in Black at the Fortune Theatre, plays herself chasing her alter ego Maria. The recurring red coat is both a visual nod to Roeg’s masterpiece and a useful device that holds the resulting pacey, enigmatic short story together. 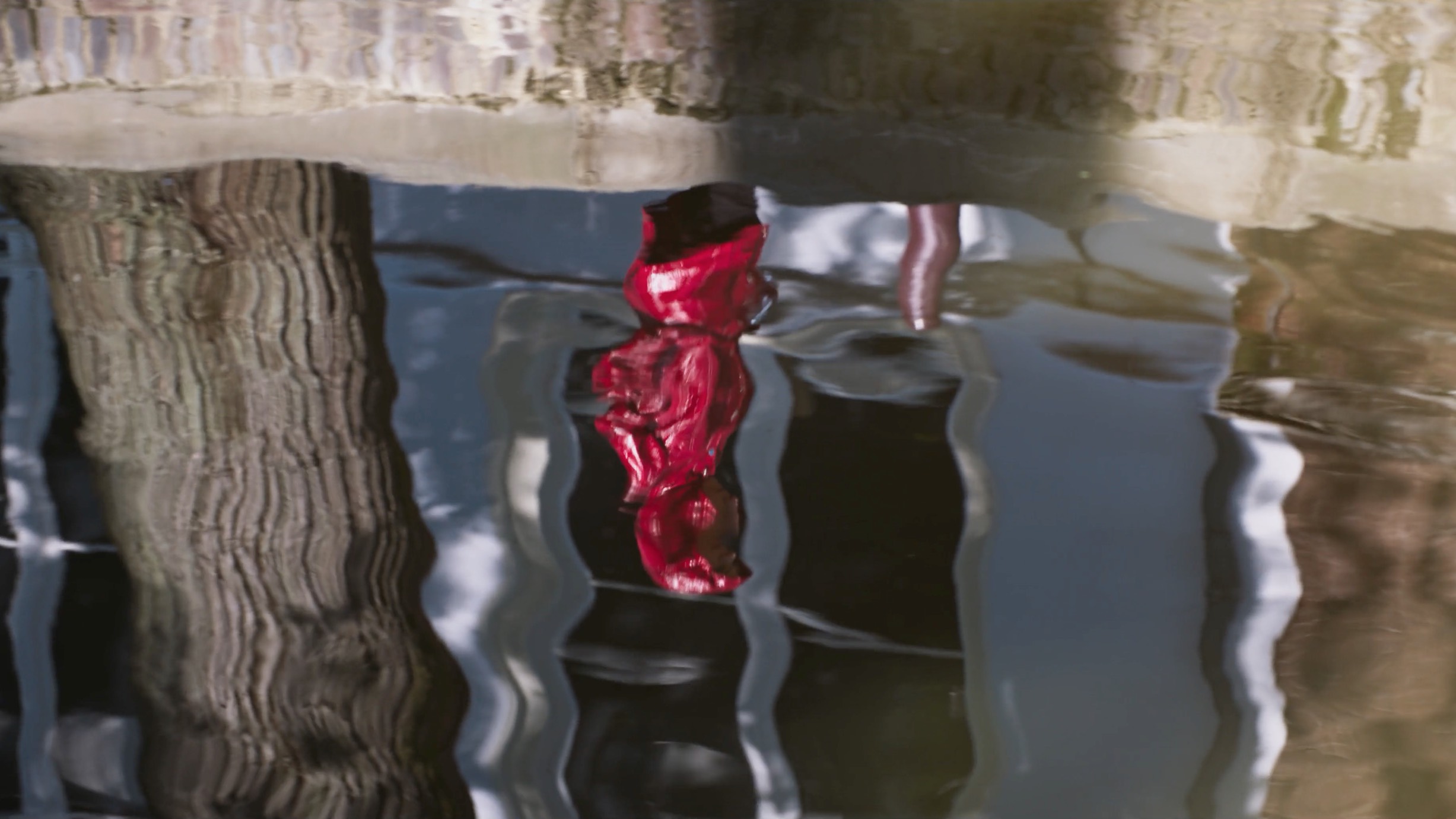 The film was recorded on to Codex drives as V-RAW using a total 1.2TB of storage. The drives were regularly swapped over with the RAW assets reviewed on the new Atomos Sumo (19” HD HDR monitor/recorder) and backed up to the new Codex 8TB Transfer Drive while rendering a second H264 viewing copy and backing up to SSDs.

The whole film was shot in two-and-a-half days with upwards of eighty set-ups. There’s no doubt that working with the Fujinon cine-zooms as variable primes provided additional flexibility. The Codex RAW was transcoded to Avid DnxHR ahead of a two-day offline at Clear Cut where the film was reviewed and edited in 4K with an HDR LUT on a Sony BVM-X300 reference monitor. Editing in HDR was essential. While 4K HDR looks beautiful, it can also be very unforgiving, and the imperative was always to select complex, detailed images that articulated high contrast values. Editor Simon Smyth turned a raw idea in to some exceptionally vivid sequences. The talented Dan Gable crafted an audio mix in just three hours with a mix of on location atmos, reverse bells and solo cello.

The film was then beautifully graded by SHED colourist, Matt Watson, on Baselight, supported by DI specialist Michael Crusz working from the original Codex RAW files.

The post turn around was astonishingly fast: the offline edit, titles and credits, audio mix, conform and both Standard and High Dynamic Range grades and masters were all completed and approved in less than three days.

Steve Lawes
Cinematographer
I enjoy working with the VariCam. I’ve shot with it before and the Codex back makes the VariCam Pure in to a nice package. The advantage of shooting with the VariCam Pure with the Codex is the RAW recording capability within the one camera package. The Codex V-RAW gives you 14plus stops and being 4K meets the requirements of the larger broadcasters and the online streaming companies like Amazon or Netflix. The layout of the camera is quite intuitive and I know Ben [Margitich, First AC] really likes the control panel that he can have wherever he wants on the side. The VariCam image has got an organic look that I like with good colour tonality and a cinematic aesthetic.

Recording for HDR requires lenses that are fast and sharp enough to avoid ghosting or other artifacts and deliver consistent and true blacks for the sensor to capture. The HK Premier 14.5-45mm and 18-85mm at T2.0 proved fast enough to use with available light at night and delivered really nice bokeh and shapes at the back of shot along with deep blacks and vivid colour reproduction.

For the kind of drama I shoot we always take two zooms: a wide and a tight. The build quality of the Fujinon cine-zooms and consistency throughout the zoom range means that they make great variable primes without any perceptible shift in quality. I regularly do this on dramas where we mix and match the two together. When using them on a B Camera they can match the framing you’ve got on the A Camera as quite often the B Camera is further back so it gives the DoP the ability to adjust the frame without having to move around. In the situation we’ve been in where you’ve got one actress playing two characters and you’ve got a very limited amount of time, the ability to be able to get a wide frame and then quickly crop in and get that all-in-one action has been really valuable.

If you’re using a Rec709 LUT you’re not pushing that RAW image as high up in terms of bandwidth as you could do if you were monitoring it correctly on an HDR monitor, like the Atomos Sumo. You’re pushing the exposure slightly more than you would do for a Rec709 SDR deliverable while striking a balance between an HDR and SDR deliverable.

Ben Margitich
First AC
The VariCam Pure is a good camera and the Codex recorder makes the workflow a lot simpler for me. Anything I can do on a practical level to make our job easier I’m a fan of. I like the monitor that comes off the side especially as it has a viewing platform so I can see what’s going on and I can access everything quickly. Its what I want.

We’ve been shooting with available light and the Fujinon cine-zooms have been holding up really well. The contrast ratio is good especially the way they’re dealing with the blacks, particularly in low light. We’ve been using them fast. We’ll set up a frame size and we’ll knock it off and then we’ll move again and punch in. Not having to change lenses has saved us a lot of time and allowed us to concentrate on what we’re here to do. It’s a flexibility and a speed issue. As you know time is money and on set that seems to be reflected more than anywhere else.

Matt Watson
Colourist
The Panasonic VariCam 4K sensor and Fujinon lenses combined to give a very clean, sharp image with minimal noise. The dynamic range of the Digital negative was huge and working in HDR allowed us to show this: from the deep red colour of the jacket, the specular highlights reflecting off the canals, the neon lights of Amsterdam – it looks visually rich.

The digital negative was captured on the Codex Raw Recorder. We perform technical adjustments to the RAW file to create a solid negative, something you can’t do with compressed alternatives. This technical stage is often overlooked, but it is the foundation of a solid colour pipeline. HDR dailies were created in Codex Production Suite and the final grade was completed in Baselight. We viewed HDR on a Dolby professional monitor and a Panasonic 1002 monitor, so that we could see how well professional displays translate to the consumer market.

The Red Coat, Behind The Scenes, V03 from Televisual Media on Vimeo.

Panasonic
VariCam Pure
The Panasonic VariCam line of cameras has been used on a wide variety of movies, commercials, and TV programmes, and is renowned for its colour reproduction and for bringing progressive workflows to the production industry.

The VariCam Pure is an all-in-one camera designed by Panasonic and Codex to capture the highest quality 4K RAW images at up to 120 fps with a simple workflow via Codex’s Production Suite to deliver ProRes files and all the other deliverables required.
• 4K uncompressed RAW up to 120 fps
• Integrated camera package (no cables)
• Industry-standard workflow via Codex Production Suite 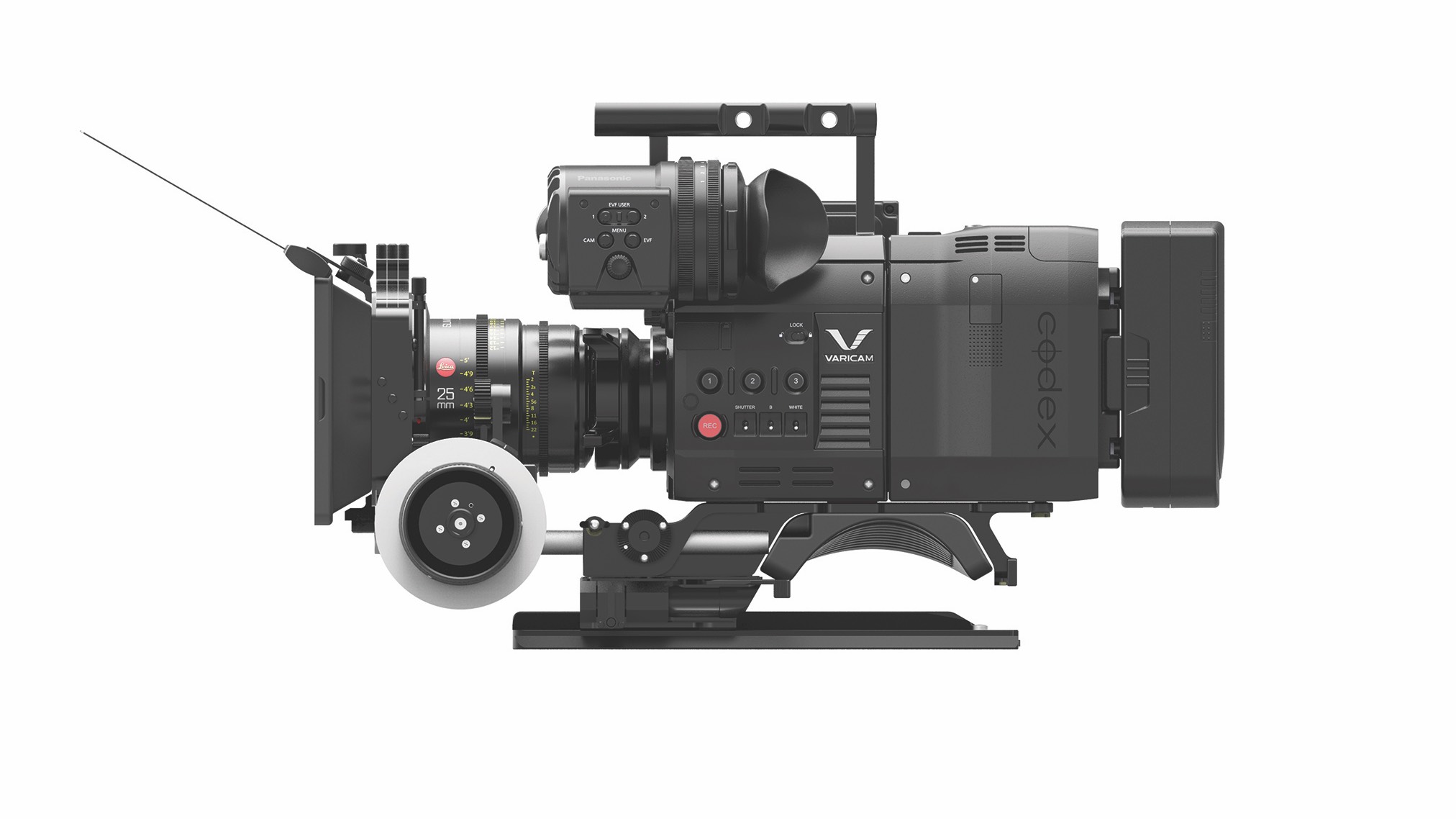 Codex
Codex & VariCam Pure
The Panasonic VariCam Pure is the perfect synergy of Codex design and the incredible dynamic range of the VariCam 35 camera system.

Even with the small footprint of the VariCam Pure, the camera has incredible performance which allows for uncompressed 4K capture up to 120fps. High dynamic range (HDR) RAW image capture, even in extremely low light settings, is realised with the proven technology of the Codex recording system and capture drive media. 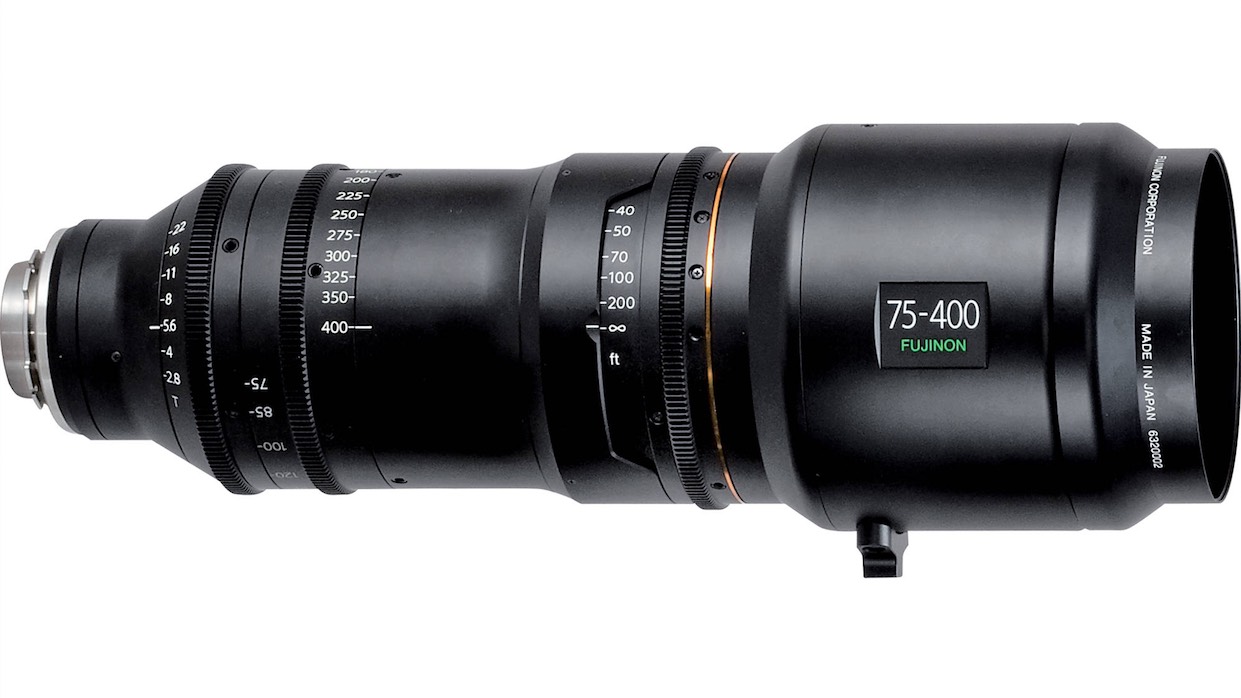 Fujinon
HK Premier, ZK and XK Cabrio Cine-zooms
FUJINON HK Premier and ZK + XK Cabrio lenses are built to give any film production company the assurance that the content acquisition process is the best out there.

The fact that they are all zoom lenses, but with comparable quality to most prime lenses, enables faster production due to less lens changes required. We like to think of our lenses not as zooms but as ‘variable focal-length primes’.

All of the lenses are designed to maximise the HDR capturing capabilities by using multiple different techniques to ensure that the blacks stay as black as possible, enabling as wide a range of light as possible to hit the camera’s sensor. Using a combination of a special lens coating, barrel design to reduce any stray light, and a 9-blade aperture to reduce defraction, FUJINON Cine zoom lenses ensure that the first step in your capturing process stands up to the demand you put on it.

Atomos
Sumo
The Atomos Sumo19” High Brightness production monitor / recorder used for this shoot is the first product of its kind.

On-set it offers a large high brightness screen with HDR monitoring tools, combined with 4K Apple ProRes and DNxHR recording capabilities direct to SSD drives. Perfect for proxies, or as a main recording device. Coupled with the selected cinema cameras it can also record Raw to 12-bit CDNG at 4Kp60, or Raw to ProRes at 4Kp60 or 2Kp240.