Bristol-based Michael Jenkins and Cardiff-based Tina Pasotra are the first to join Davis. Together they will develop two original ideas over the next two years. The residency has received support and funding through ITV’s Diversity Commissioning Development Fund. In March this year, ITV announced plans to reserve £80m of its content commissioning budget over the next three years to drive change towards racial equity and disability equity.

“Tina and Michael are the perfect inaugural recipients,” said Davis. “Their passion for underrepresented stories aligns perfectly with mine and I’m excited to see, given the time and space this opportunity will afford them, what they cook up.”

Ade Rawcliffe, Group Director of Diversity and Inclusion at ITV, said: “Creativity and storytelling are at the heart of everything we do at ITV and we are proud to support David in launching the Writers In Residence at 5 Acts. We are committed to driving equity in how we tell stories and who gets to tell them and are excited to see Tina and Michael’s ideas come to fruition.”

Jenkins is an award-winning writer/director. Pickney, a short film he both wrote and directed and backed by the BFI, won an audience award at the American Black Film Festival in 2021, while his short film Check the Label won Best Short Film at the RTS Awards West 2018 and Monumental picked up Best Documentary at the RTS Awards in 2021. 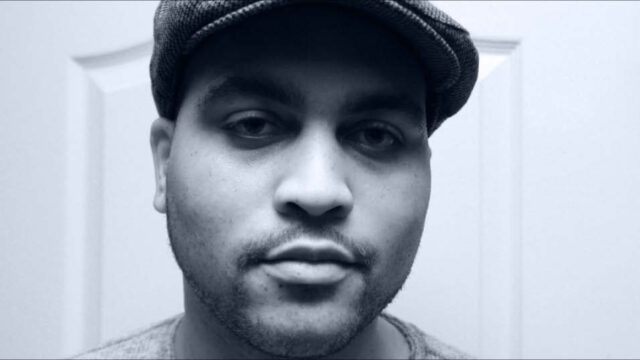 Jenkins said: “I firmly believe in the role of TV and film as an engine for change and understanding and so I’m very excited to join the 5 Acts team and be able to tell those untold stories that I am so passionate about.”

Pasotra is an artist and filmmaker. Her first commissioned short dance film, But Where Are You From? was featured at the Science Museum’s ‘Illuminating India’ event and has screened at festivals across the UK and India, while her 2020 debut narrative short-film I Choose, which she co-wrote and directed, was nominated for Best Short Film BAFTA Cymru 2021. This year Pasotra received funding from Arts Council Wales to create a project called Mycelium, further developing an existing body of work at the National Botanic Garden of Wales, while her work and research has also received additional support from Arts Council Wales, British Council, Wales Arts International, Ffilm Cymru Wales, BFI Network, BBC Wales and Channel 4 among others.

“I am beyond delighted to receive this wonderful opportunity,” said Pasotra. “The potential for unearthing stories in a progressive and nurturing environment with 5 Acts is hugely inspiring. David has invaluable experience, integrity and in-depth industry knowledge. A space I most certainly hope to continue learning and thrive within!”

5 Acts Productions launched earlier this year. In July it announced that it had optioned the rights to The Last Party, the latest thriller from the multi-award winning and Sunday Times bestselling author, Clare Mackintosh.