Reflecting on 2017, it may just be possible to encapsulate the big trends affecting the worlds of broadcasting and production over the past year in just two news stories. The first is the decision by Apple to hire former Channel 4 chief creative officer Jay Hunt to lead a new commissioning team in London. The second is the outpouring of sexual abuse allegations against producer Harvey Weinstein.

The two stories are, of course, not linked in any way. But, taken together they neatly sum up two of the very big and very different themes of 2017: firstly, the profound impact of deep pocketed streaming giants on traditional TV, and second the opening up of a global dialogue about sexual harassment and lack of diversity in the workplace.

Jay Hunt’s move from a terrestrial British broadcaster to a global tech giant neatly symbolised the waning status of terrestrial broadcasters, and took place at the end of a year in which the disruptive power of streaming giants became ever more apparent.

Ofcom underlined their impact in its annual Communications Market Report for 2017, published in July, which concluded that “the UK has become a nation of binge viewers with eight in ten adults now watching multiple episodes of their favourite shows in a single sitting.” Streaming, Ofcom revealed, is now a mainstream activity with 40m people in the UK using catch-up technology such as BBC iPlayer, Netflix, or Amazon to watch multiple episodes of a series in one sitting. 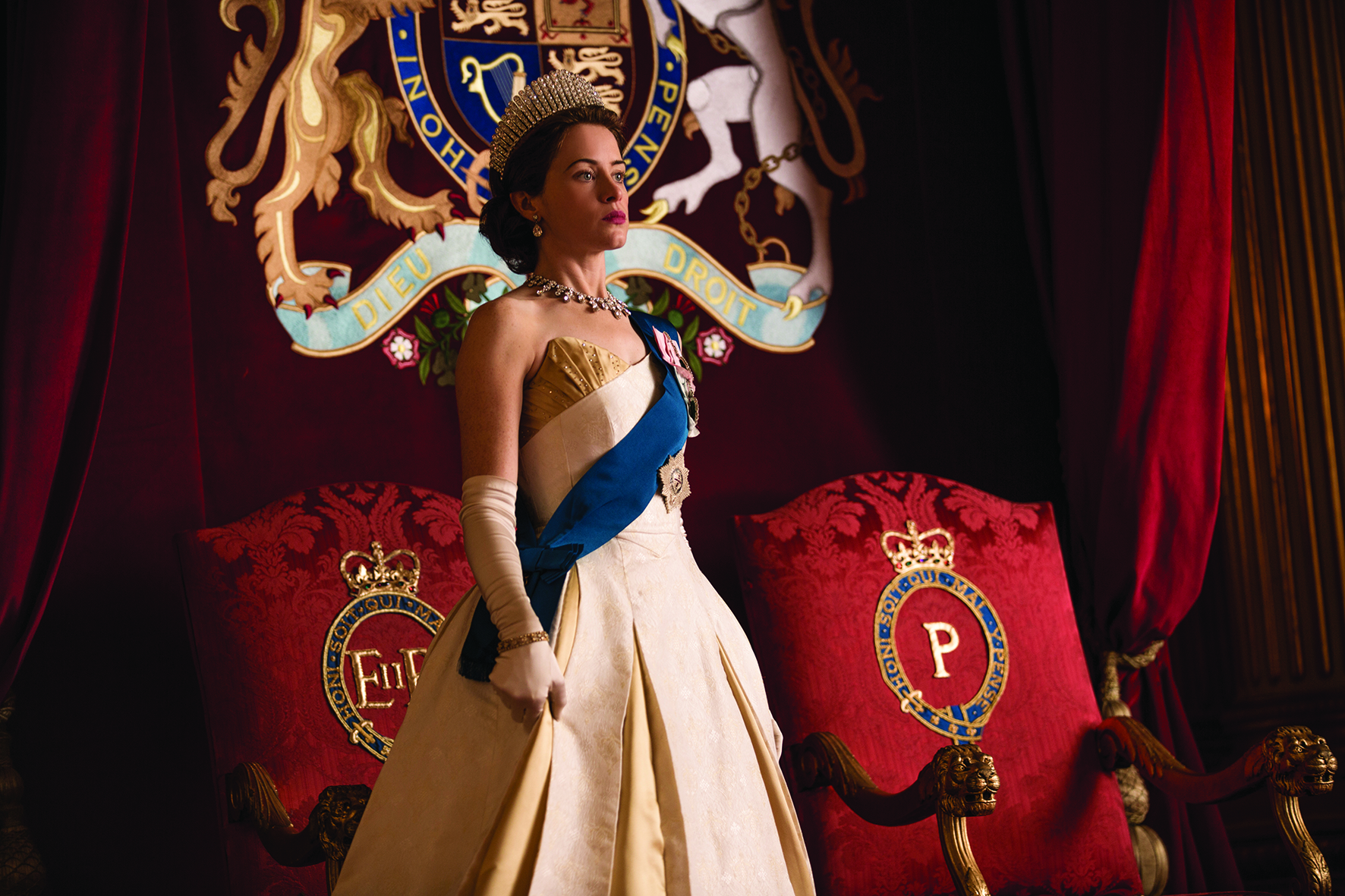 As 2017 progressed, more and more attention was paid to the financial resources available to companies such as Amazon, Netflix, Apple, Facebook, YouTube Red and Hulu, which dwarf those of traditional broadcasters. Throughout the year, the tech giants earmarked ever more billions to spend on content; Netflix alone said it planned to invest as much as $8bn on content in 2018.

Less than two months later, news emerged that the acquisitive Murdochs had suddenly become sellers, and were in discussions about offloading a large part of their film and TV empire, including Sky, to possible buyers such as Walt Disney Co, Comcast, Sony and Verizon. Analysts suggest the Murdochs have become sellers because they fear that Fox will struggle to stave off competition from digital rivals.

The Murdochs are not alone in this. Last month, BBC director general Tony Hall warned the UK is “sleepwalking” towards a serious, long-term weakening of its TV production industry. Citing the rise of global SVoD players, budget pressures on the BBC and dwindling ad revenues at commercial broadcasters, Hall warned that a £500m gap will open up between the amount that is spent on UK content now and the amount that will be spent in 2026.

Indie showtime
While broadcasters seem to be reeling from the impact of the SVoDs, producers are enjoying having more buyers to pitch to – and very rich ones at that. A string of UK indies, such as Pulse, Left Bank and Fifty Fathoms, have picked up commissions from Amazon and Netflix.

However, it is the drama genre in particular where the SVoDs have been investing heavily. Their expenditure has sparked something akin to an arms race in drama investment, with distributors, international broadcasters and equity investors ploughing money into the genre.

The effects have rippled through the UK creative economy. A raft of new drama production companies have launched, while leading film producers have moved aggressively into the genre too. Competition for prized and expensive commissions has become intense. “The sheer weight of great projects out there is just incredible,” Endor Productions producer Tom Nash (Deep State) told Televisual last month.

Elsewhere, studios all over the country are busy expanding to attract drama and film shoots. Post houses too have been buoyed by the rise of SVoD platforms and their demand for very high-end, and therefore, very post-heavy content. But it’s not just Netflix and Amazon shows they are working on. All TV has had to up its game in terms of finish and quality as “audience expectations for television keep on growing as do the creative goals,” Axis Post told Televisual in October’s Facilities 50 survey. Producers of that content are prepared to travel the world to find the suppliers they want. “The impact of the TV industry becoming more global continues to be felt – positively,” said Milk VFX.

Dark days
The flip side of this drama “golden age” has  been the dark stories of sexual abuse within the TV and film industry that came to light during 2017. Investigations by The New York Times and The New Yorker into Harvey Weinstein, published in October, gave confidence to a large number of actresses and female executives to allege sexual abuse and even rape by the producer.

The Weinstein allegations acted as a spark for a firestorm that has engulfed other high profile figures in TV and film, including Kevin Spacey, Amazon’s Roy Price, director Brett Ratner and actor Ed Westwick. The BBC alone said it had experienced a spike in reports of incidents in harassment, saying that it is investigating 25 incidents.

The sheer number of allegations of abuse has helped to stoke debate about how to change the industry to make it safer for all creative workers. C4, for example, recently updated its code of conduct and bullying and harassment policy; it also kicked off discussions with Pact to ensure the industry has joined up “zero-tolerance” approach to sexual harassment.  Actors’ union Equity, meanwhile, formed a working group to address sexual harassment. It said it intended to exert its influence as the UK’s largest entertainment trade union to create ‘meaningful change’.

The allegations of sexual abuse came at the end of a year in which the industry has also been soul searching about its lack of diversity – in terms of gender, ethnicity and class. In many ways, all are linked. It is commonly acknowledged that TV and film hires on a who-you-know basis, which means that decision makers have great power over those looking for work.

The pressure to improve diversity built up throughout the year. Ofcom unveiled a major study of diversity in TV in September, which found that women, ethnic-minority groups and disabled people are all under-represented in  the industry.

Lack of diversity was also the key theme of Channel 4 News presenter Jon Snow’s MacTaggart lecture. He lambasted broadcast journalism for being disconnected from the lives and concerns of those not in the elite. Throughout his speech, a recurring subject was the Grenfell Tower disaster, which he cited to describe the ‘disconnect’ in modern society.

There was also a flurry of industry activity around diversity, with the launch of a variety of new talent and diversity schemes at indies big and small from All3Media and Argonon through to Idris Elba’s Green Door Pictures and Warner Bros and Wingspan Productions.

Progress remains slow, but there is a feeling that as 2017 draws to a close that diversity is no longer something that can be a mere talking point at conferences, and that concrete action is vital if the industry is to remain creative and relevant in the years ahead.

January
Sky Vision invested in two indies, True North and Chrysalis Vision. Spend on film production in the UK hit a record £1.6bn in 2016, according to the BFI, a 13% increase on the previous year. BBC Studios won its first competitive tender since becoming a commercial subsidiary, for A Question of Sport. 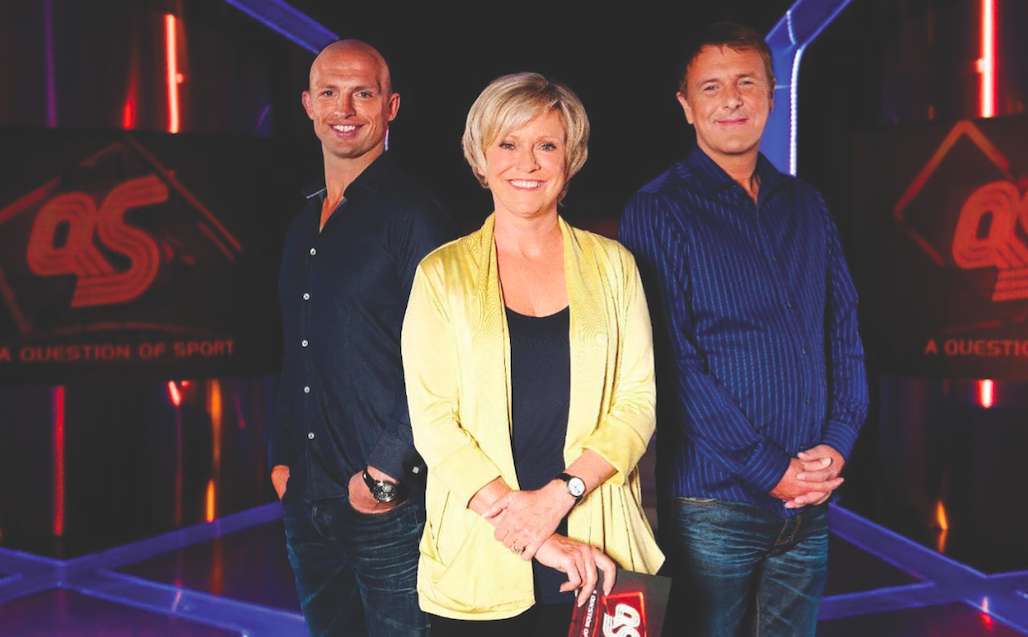 February
Sophie Clarke-Jervoise stepped down as md at Tiger Aspect after 12 years with the company. All3Media acquired Two Brothers Pictures, the indie run by writers and producers Harry and Jack Williams. Damien Chazelle’s La La Land was the big winner at the Baftas, scooping five awards. Peter Fincham and Tim Hincks unveiled their new indie Expectation. Moonlight won the best picture prize at the Oscars, after a mix up that first saw La La Land named winner. ITV announced that it will close The London Studios.

March
C4 CEO David Abraham announced he would step down by the end of 2017. Prue Leith, Sandi Toksvig and Noel Fielding signed up to join Paul Hollywood in the line-up for Great British Bake Off. 21st Century Fox’s takeover bid for Sky was referred to regulators. The government ruled out privatising C4, but said it will consult on whether to move the broadcaster out of London. 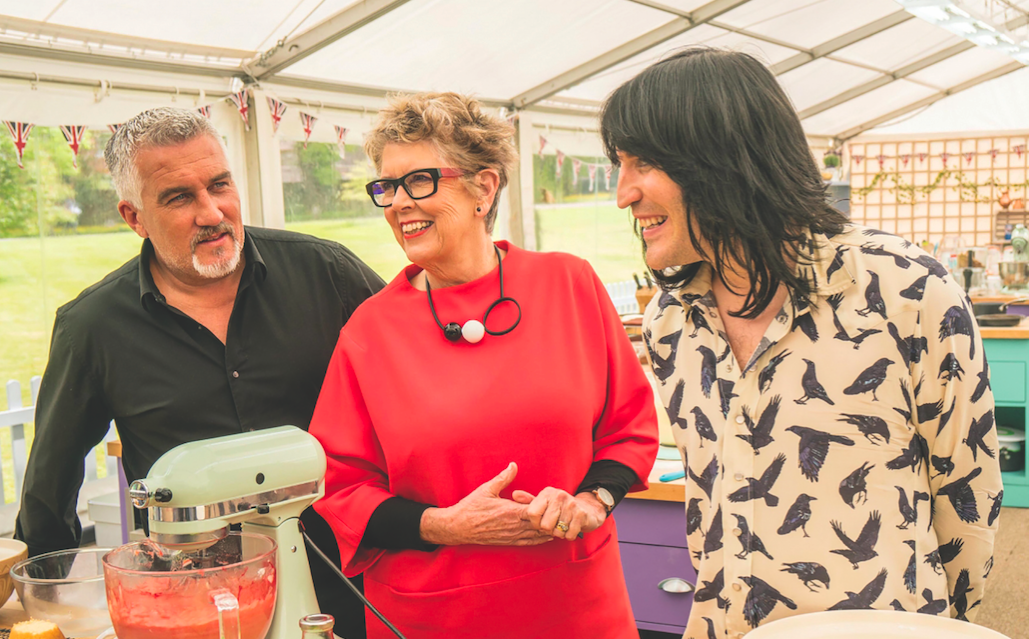 May
All3Media acquired Raw and Betty from Discovery. ITV bought a majority stake in Line of Duty indie World Productions. ITV CEO Adam Crozier said he would step down after seven years in the role. Endemol Shine UK announced the closure of Princess Productions at the end of the year. Planet Earth II was a big winner at the 2017 Televisual Bulldog Awards, winning three prizes. At the BAFTA TV Awards, Damilola, Our Loved Boy and Happy Valley won two awards each.

June
C4 announced that chief creative officer Jay Hunt would step down at the end of September. Alex Mahon was named as David Abraham’s successor as the next CEO of C4. ITV greenlit a new adaptation of William Makepeace Thackeray’s, Vanity Fair, which is being made with Amazon Studios.

July
ITV announced that EasyJet boss Carolyn McCall is to join as CEO. The BBC revealed the pay of its highest earning talent: of the 96 highest earners at the BBC, only a third were women. ITV2 recommissioned its summer hit Love Island. Discovery said it will buy rival pay-TV company Scripps for £11.1bn.

September
Television Centre reopened following more than four years of redevelopment.
IMG Media topped the list of indies in Televisual’s annual Production 100. Media Secretary Karen Bradley said C4 must have a major presence outside London by 2022. Broadcasters need to improve the diversity of their employees, Ofcom said. Talkback and Thames joined once again into a single label as part of a restructure. 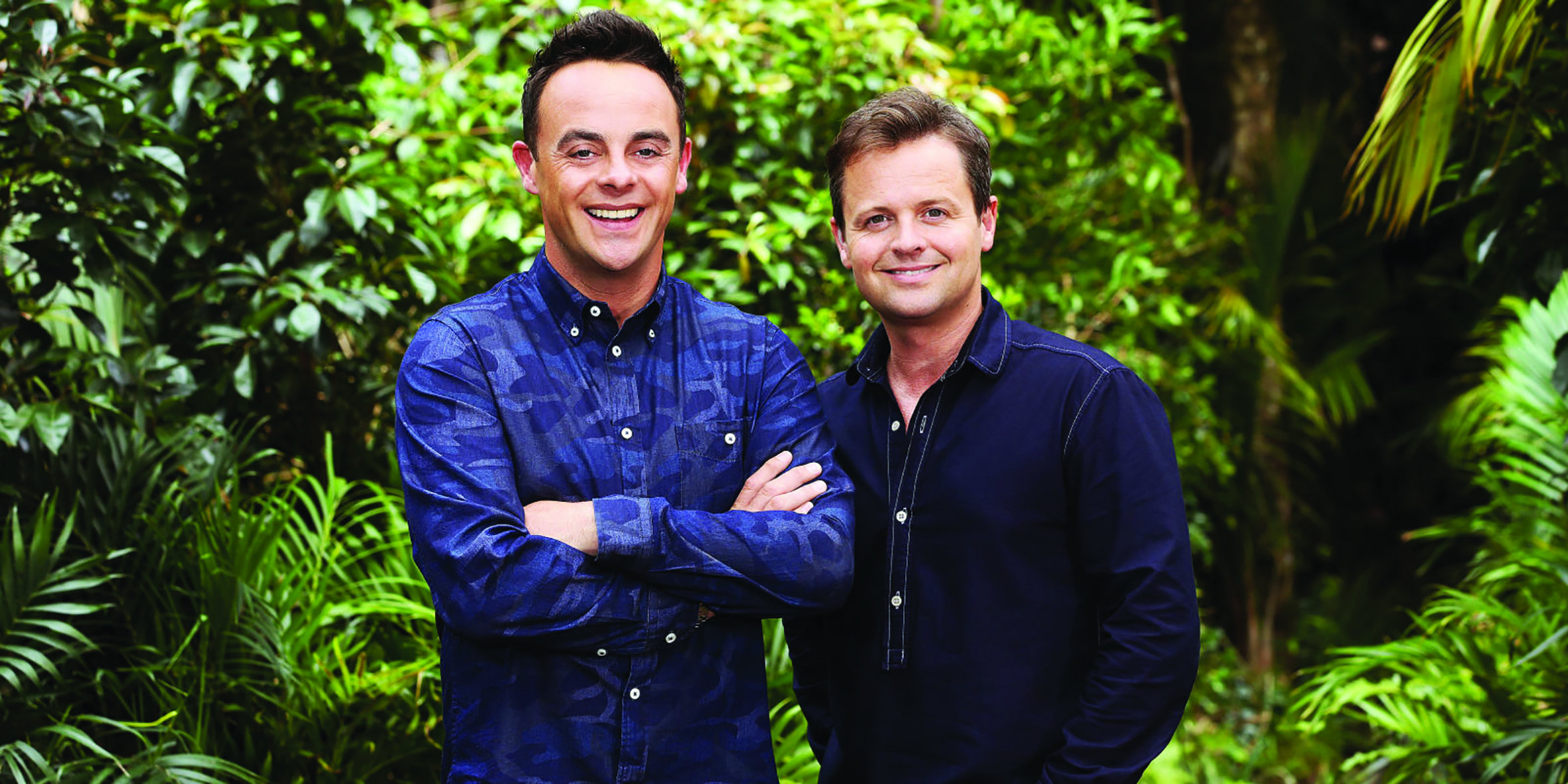 November
Reports circulated that 21st Century Fox is in discussions to sell its TV assets, including its stake in Sky. Susanna Dinnage was appointed to the new role of global president of Animal Planet, based in London. Amazon Studios said is in talks with Warner Bros. Television to adapt J.R.R. Tolkien’s Lord of the Rings into a series. ITV’s I’m A Celebrity launched with 10.7m, making it ITV’s biggest show of the year, ahead of Britain’s Got Talent’s series best of 9.4m.