Bumblebee will launch in London with an ambition to quickly scale across the Nations and Regions using its existing group-wide footprint as locations with physical facilities across the UK as well as scalable remote edits.

Rowan Jennings has been appointed as Head of Audio London as part of the launch. 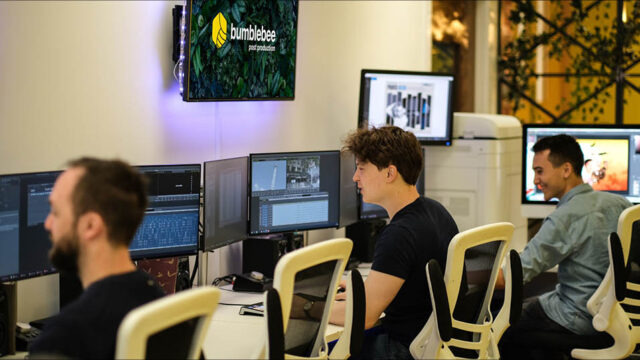 Olly Strous, Chief Technology Officer, Zinc Media Group, says: “Bumblebee is a response to the changing production landscape that has emerged since the start of the pandemic. How we make content has changed significantly since March 2020. It has created demand for the flexibility to work anywhere, maintaining the highest levels of collaboration and in the face of significantly increasing costs, to produce the best content possible without destroying our climate or our budgets.  Our ambition is to meet that demand – and more.

“Rowan joining the team is a key part of our launch, meaning that we are able to offer a truly world-class roster of staff to oversee projects and enter the market as a truly outstanding solution for all post production needs.”

Jennings comes to Zinc from working as a freelance Dubbing Mixer and Sound Designer, for which he recently received an Emmy nomination for his work on 9/11: I Was There (History Channel). A BAFTA-winner for his work as Dubbing Mixer on the BBC Two documentary David Bowie: Five Years, he was also BAFTA nominated for the BBC Four documentary Britten’s Endgame. Other recent credits include: drama series Our World War (BBC Three); single doc Blurred Lines: The New Battle of the Sexes (BBC Two); single drama Playhouse Presents: Nightshift (Sky Arts); single drama for Disruptive Element Films Dimensions and the Panorama special Saville: The Power to Abuse (BBC One). 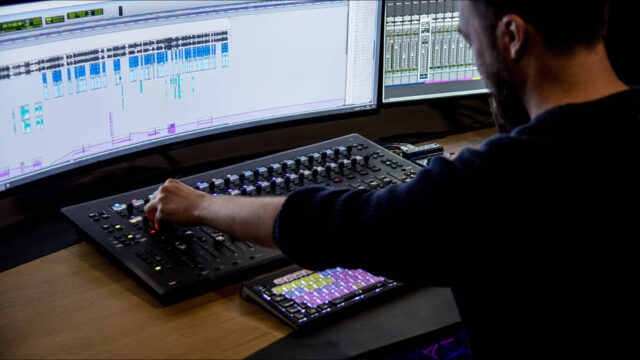 Rowan Jennings, says: “Zinc has an incredible track record of making high-profile programming, working with the biggest international clients and some of the most talented people in the UK production community. With that in mind I am excited to be part of the launch of Bumblebee as we strive to become a major player in the post production landscape.”

Bumblebee aims to become a NetZero post facility and will use 100% UK-sourced renewable energy providers, will be single-use plastic free and will have a zero to landfill waste target.

Bumblebee has enrolled in the DPP Committed to Sustainability programme, an industry leading scheme celebrating and promoting good practice in environmental sustainability, across the media industry.

Abdul Hakim from DPP, said: “As the challenges of the climate crisis come into sharp focus our aim is to help guide the media industry in the right direction, so it too can play its part in making the appropriate changes that will lead to a more sustainable future.

“It is really encouraging to see businesses, like Bumblebee, set out sustainability as one of its key goals, from inception. We are looking forward to helping the team achieve their targets.”

Olly Strous, Chief Technology Officer, Zinc Media Group, adds: “We are mapping out the future of post-production, from uploading rushes on location, to editing using more energy efficient codecs.  As well as committing to helping shape the long-term sustainable future of the industry, Bumblebee also pledges to fund initiatives to offset its carbon footprint, in its journey to becoming Net Zero.

“Having spent my career looking at how technology can drive efficiency in content creation, you quickly realise the positive impact you can make on your carbon footprint by just working smarter.  Transiting data through the cloud, digitising release forms and reducing travel through remote collaboration are all great starts.  The greater environmental impact typically comes from production and therefore anything we can do to empower production teams through technical innovation will help.”

Prior to its official launch, Bumblebee has already begun working with several clients, including completing full post for The Decade the Rich Won (BBC Current Affairs) and Michael Moseley: Who Made Britain Fat?(Avalon Television).