Here’s a before and after of Vine FX’s work on new Sky thriller The Lazarus Project.

Written by acclaimed writer Joe Barton (Girl/Haji), the series follows George (Paapa Essiedu), a man who wakes up reliving a day from his past but with some exceptions — his success at work and his marriage to the love of his life seems to have never happened. Convinced that he has lost his mind, George is then recruited into a mysterious organisation called the Lazarus Project.

Michael Illingworth supervised the visual effects, and together with the team, transformed locations and studio sets into Eastern European rooftops, Parisian streets, views of Shanghai, Beirut, and full CG environments. Nail-biting collisions between the characters were surrounded by driving shots filmed in-studio, topped with immersive sci-fi and explosions. 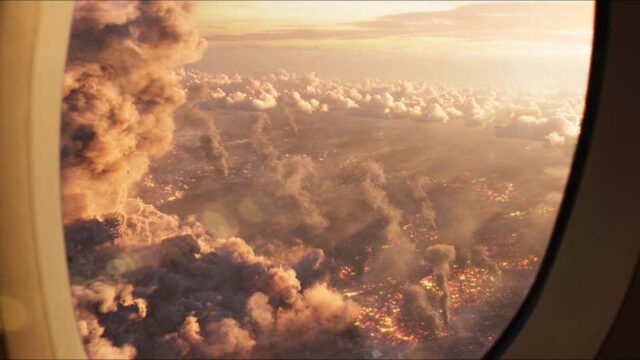 One of the biggest transformations was a car chase sequence in episode one. All filming took place in the Czech Republic and required substantial enhancements in order to transport the viewer to a visualisation of Paris with Parisian architecture. The episode featured over 100 VFX shots ranging from fast-action motorcycles, police cars, vans, driving shootouts and crashing cars.

Pedrom Dadgostar, Head of 3D adds: “With camera crews and crashing cars on every corner, this was not a simple task! The team pre-agreed on the best architectural solutions for building placements before sending an onset photographer to source elements of iconic Parisian streets. Highly detailed CG assets were then sculpted, including the recognizable Haussmann buildings, city landmarks and central European foliage.” 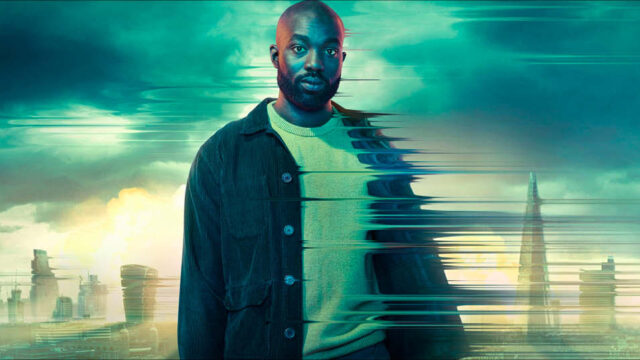 A major element throughout the storytelling were the nuclear explosions in a multitude of locations. Each time there is an apocalypse, the Lazarus team turns back time by making a phone call, returning everyone back to the checkpoint. The team created atomic mushroom clouds, blast waves and compression rings with heavy smoke clouds and ground fires to destroy the cityscapes built up in 3D. As the shots were built mostly in 3D space, this allowed the team to depict the epicentre of destruction around the central city points and focus on key buildings, landscapes for maximum impact. 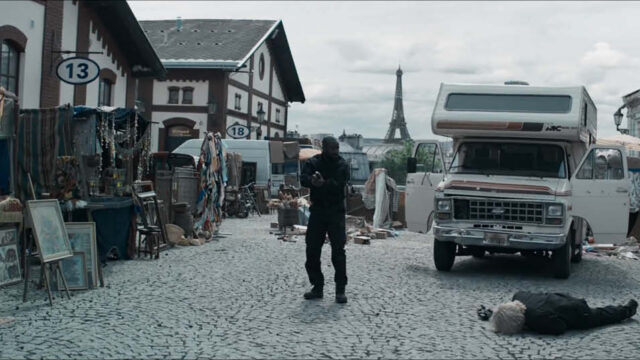 Executively produced by Urban Myth Films in association with Sky Studio’s The Lazarus Project is Vine FX’s and Urban Myth Films latest collaboration, which has continued with other shows in production, including all seasons of War of the Worlds; with the third season slated to air later this year. Critics are already calling the show “one of the best British Sci-Fi’s to hit our screen in a while”.

‘The Lazarus Project’ is available to watch now on SKY Max and NOW TV.

Behind The Scenes07.02.23
BTS: Nineteentwenty's vfx for Ford Ranger

Here’s the vfx breakdown for nineteentwenty’s work on the new Ford Ranger ‘Go Break It In’ ad featuring a quarry explosion. Shot in a Quarry In Slovenia the nineteentwenty team was tasked with creating an explosion behind >>>

Students at the National Film and Television School (NFTS) recently completed a new short film, where they adopted Virtual Production techniques for the first time. Reality Heist is a five-minute original story of a scientist who finds >>>
Prev Post
Next Post
This website uses cookies to improve your experience. We'll assume you're ok with this. I've read this
Privacy & Cookies Policy