Putting Thackeray’s Vanity Fair on screen is far from untrodden ground. There have been around 13 adaptations of the story of Becky Sharp, Emma Sedley and their friends and families so far, all the way from a 1911 silent movie to a 1998 BBC version.

But the director of Mammoth Screen’s upcoming ITV/Amazon take on the novel, James Strong, hasn’t seen any of them. 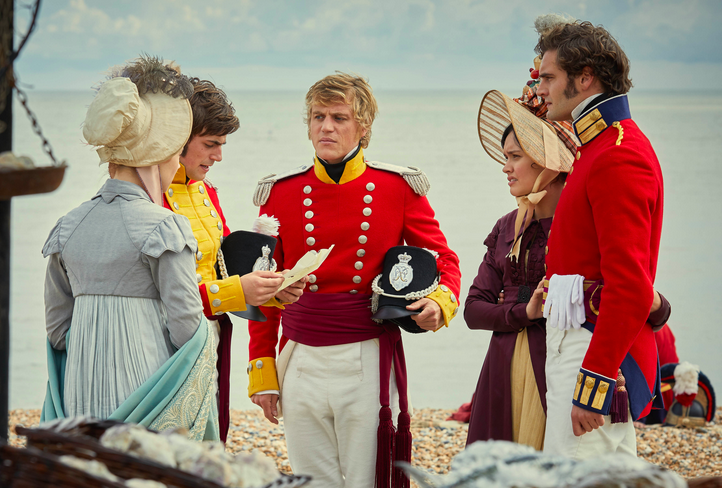 In fact, says the director, whose credits include Broadchurch and Liar, he’s not really a big fan of period drama. “As a viewer, I sometimes find certain period dramas, particularly of this period, can be quite distancing – a little unrelatable to a modern audience.” And that made him the ideal fit for this adaptation that aims from the outset to be a contemporary drama in a period setting. That tone begins with Gwyneth Hughes’ scripts, says Strong. “They immediately have a modernity to them in the way they’re paced.”

And Strong was determined that the direction had to capture that tone. “I was very clear I wanted to approach it in the same way I’d approach a contemporary drama.” But, he says, “that’s an easy thing to say” and a little harder to get right in practice.

Initial thoughts were for a “mad, Trainspotting Baz Luhrmann mash up” but that was soon dropped. “The danger with that is it would tire after 20 minutes” leaving audiences dazzled but exhausted and missing the drama. “To have too stylised an aesthetic could risk detracting from the believability of the story,” he says. 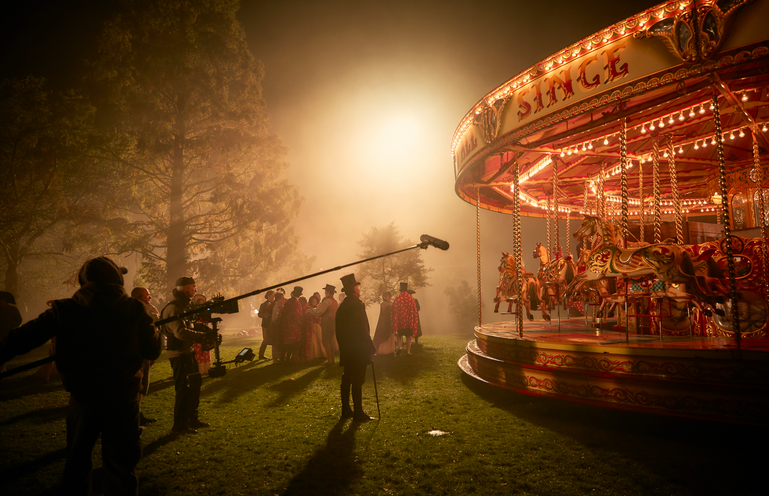 The show needed to have “an attitude and swagger and fun to it” with the pace of contemporary drama, but had to keep the story real. Rehearsals with the cast steered clear of the text itself to keep performances fresh. “You have to catch lightning in the bottle a bit. On set we try to get the cameras up and running very quickly so we’re rehearsing as we’re shooting” so “you can often catch instinctive emotional reaction” – a technique used on Broadchurch and Liar. And the cameras were kept fluid so the actors aren’t restrained.

But alongside that contemporary feel, the show also needed to keep all that is good about period drama. Historical accuracy was not up for discussion, “it’s as forensically accurate as possible. The costumes, the etiquette, the houses, the décor, the military operations are all as accurate as you can be.” That extended to the decision to shoot much of the drama in the London, the novel’s main setting, despite the capital being “a nightmare to film in. It’s really expensive. The permissions are a nightmare, they take forever.” There was also extensive vfx clean up by Technicolor of out-of-period architectural details.

The series just “played around the edges with the format, the look, the music. It had a modern veneer,” says Strong. But at the same time the drama is shot in a “beautiful appropriate way,” he says. “There is handheld, there’s Steadicam, there’s movement but there are also beautiful graphic wides that allow you to enjoy our locations and sumptuous settings and scale. It’s a big story – you’ve got the politics of war, the battle of Waterloo. Its both epic and intimate so we had a to find a style that fitted those two things.” 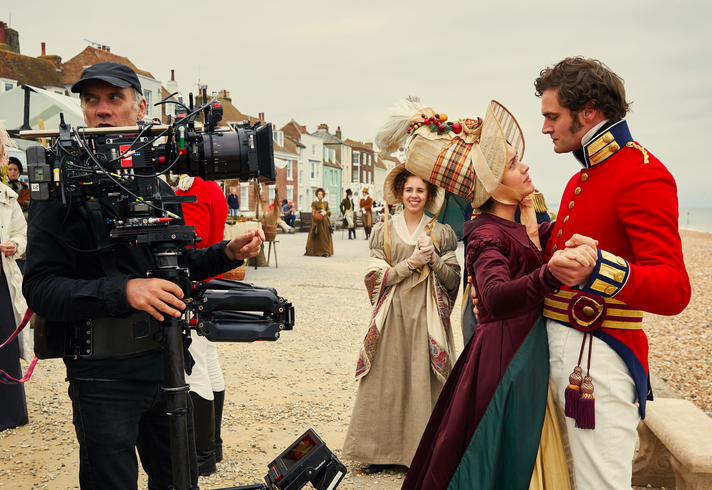 Part of that came from the use of zoom lenses throughout the series  “There’s no tracking, there’s no unmotivated camera work. If there’s something going on the camera will be drawn to it. I told the operators that if there’s something interesting going on in the scene, then take me to it.” It was, says Strong, a way of using the set piece of a big composition but then using a zoom “to isolate characters in a more immediate way than that slow gentle tracking or the American power push.”

DoP Ed Rutherford shot on the Red Epic with a 6K Dragon sensor, another departure from traditional period drama production. “I love that Alexa look with the Cooke lenses where you’re trying to chuck everything out of focus and the shallow depth of field,” says Strong. But “I wanted this to be visceral. I didn’t want a soft-focus view of the past.”

Colours and lenses also help tell the story, says Strong. “As Becky rises there is literally more colour in her life” and as the Sedleys lose their money “the colour drains out of Amelia.” The lenses tell the same story, Amelia initially shot wider with the family she fits into “then as things go wrong, slightly longer lenses as she becomes more alienated.” There’s the reverse for Becky, long lenses while she’s different and separated from her environment and shorter wider lenses as she makes her way in society. 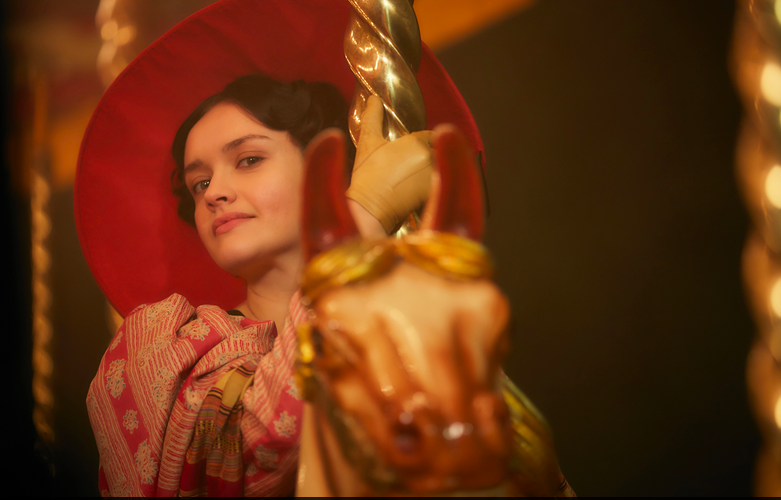 References for the look of the series spanned Kate Moss in her Britpop pomp, the photography of Saul Leiter and Gregory Crewdson, Blade Runner 2049’s colours, The Shape of Water “Del Toro does period and doesn’t feel stuck in the past.” A balancing act that Vanity Fair also manages to pull off.

DETAILS
Gwyneth Hughes’ seven part adaptation of Thackeray’s classic novel is set against the backdrop of the Napoleonic Wars, and follows heroine Becky Sharp as she attempts to claw her way out of poverty and scale the heights of English Society.