Another major studios complex for the UK is to be built in Broxbourne, Hertfordshire.

The studios will be built and owned by investment firm Blackstone and Hudson Pacific Properties , who together already own a media portfolio totalling 3.5 million square feet in the US.

Funds managed by Blackstone Real Estate Partners and Hudson Pacific Properties have already acquired a 91-acre site, 17 miles north of central London, through a joint venture for £120 million. The acquisition, with an expected total investment of over £700 million, will be the partners’ first expansion of their Sunset Studios platform outside of the US.

Blackstone and Hudson say the project will create over 4,500 permanent jobs for Broxbourne and the surrounding community and contribute more than £300 million annually into the local economy.

The plan is a continuation of Blackstone’s existing joint venture with LA-based office and studio owner/operator, Hudson Pacific. Together, the companies own a media portfolio that includes 35 active sound stages and on-site creative offices, as well as development rights. Sunset Studios has hosted movies including When Harry Met Sally and La La Land as well as numerous Academy Award winning films. 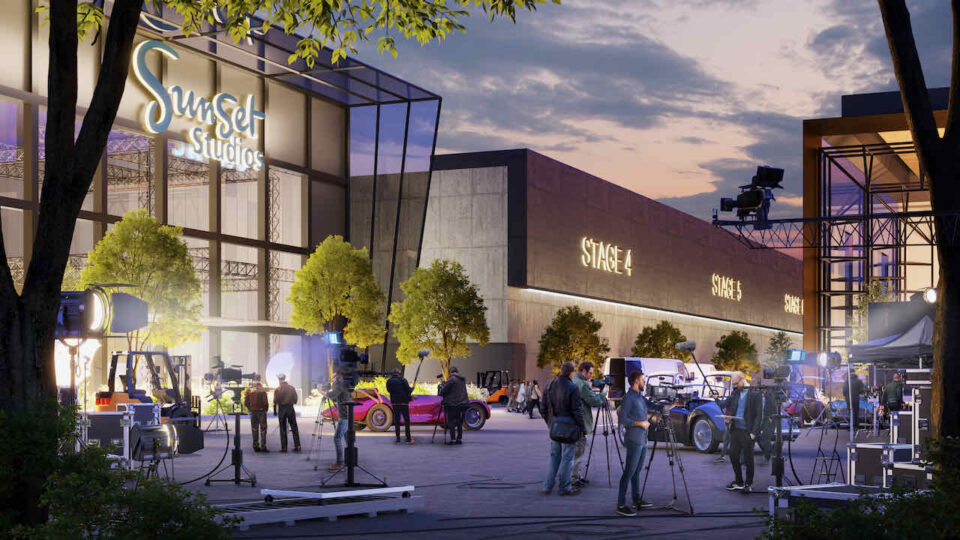 James Seppala, Head of Blackstone Real Estate Europe, said: “We are excited to expand our partnership with Hudson Pacific into the UK, and intend to deliver a world-class studio facility that will help ensure that the UK continues to be a premier destination for content production globally. This is a continuation of our thematic investment focus and long-term conviction in media, entertainment and content creation.”

Victor Coleman, Chairman and CEO of Hudson Pacific, said: “We are thrilled to expand our Sunset Studios platform in the UK, a global hub for film and television production. With our expertise developing and operating state-of-the-art media campuses and Blackstone’s resources and existing market presence, we are confident this facility will be in high demand from leading content creators. We look forward to working with Broxbourne Council to ensure the project has a meaningful positive impact on the local community.”

Prime Minister, Boris Johnson, said: “This investment is excellent news for the UK’s film and TV industry, pumping hundreds of millions of pounds into the local economy and creating thousands of jobs for the people of Hertfordshire. The creative industries are at the heart of our plans to build back better. This will be a hub for both UK and international productions, showcasing home-grown talent on the global stage.”

Oliver Dowden MP, Secretary of State at the Department for Culture, Media and Sport, said: “This new studio is yet another vote of confidence in the UK’s booming film and TV industry. Through the British Film Commission, we’re supporting the development of stage spaces like this across the UK – boosting the local economy and backing our world-class creatives to make the next Bond blockbuster or bingeworthy box set.”

Cllr. Lewis Cocking, Leader of Broxbourne Borough Council, said: “This represents a fantastic opportunity for the people of our borough. Creative Industries are of strategic importance to us and the creation of over 4,500 permanent new jobs and the associated boost to the local economy is just what we need following the pandemic. We look forward to working with Blackstone and Hudson Pacific to help deliver significant positive change in Broxbourne.”