UKTV is doing a Google, with new headquarters in Hammersmith, designed by the same outfit behind Google’s legendary office space, to be ready for 250 lucky UKTV staff by July. 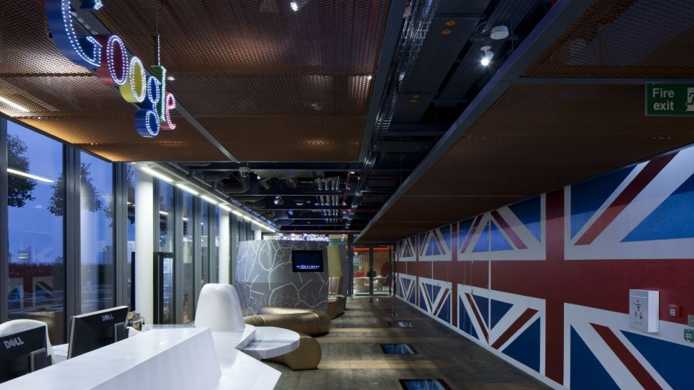 The move signals a confidence at the Scripps/ BBC Worldwide-owned broadcaster, a clear message that the growing broadcast operation wants to attract and inspire staff and tell suppliers that it’s a company that works collaboratively, despite having smaller programming budgets than the bigger players.

‘Imagine more’ is UKTV’s mantra, which will be music to the ears of Penson, the leading interior design and architecture studios that has been behind award-winning spaces for Jay-z’s ROCNation and London College of Fashion, as well as Google, (see pics above and below). 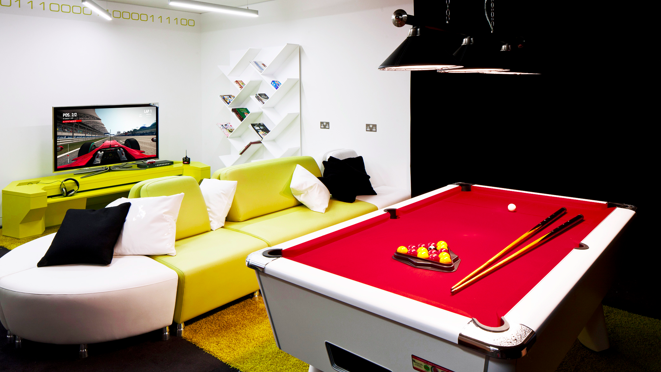 "Together the companies will tackle an ambitious brief to create a UKTV headquarters that is inspirational, distinctive and built for innovation," says UKTV chief executive, Darren Childs.

The promise-to-be-funky new office will be designed across 32,500 sq. ft. of an ecologically-recognised development at 10 Hammersmith Grove, London.

Over three floors of the development, there will be sociable working spaces, a café-bar and outdoor terrace, studio facilities and a screening room. The building is highly sustainable: one of the first in London to be entirely lit by LED lights and powered by solar panels.

“10 Hammersmith Grove will be a ground-breaking facility for UKTV,” says  Childs. “The new development increases the size of our current office and gives us the opportunity to create an inspirational working space fit for a broadcaster with a commitment to technology, imagination and the future of media. Technology will be at the heart of our progressive new workspace, and it will give everyone at UKTV the freedom to work creatively and collaboratively.” 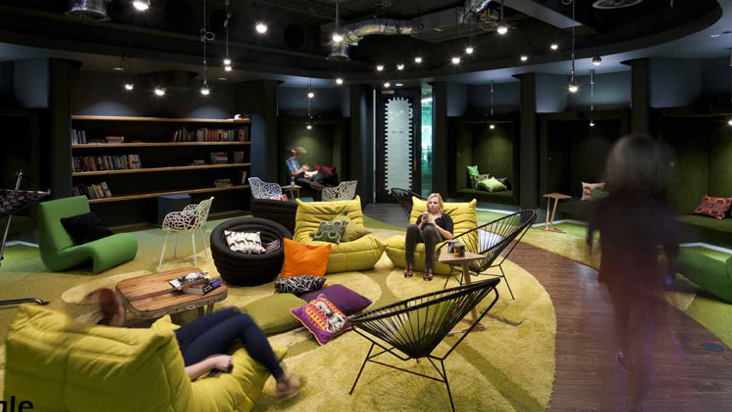 Sarah Nelson, UKTV’s facilities director, is overseeing the move and will be responsible for the new facility at 10 Hammersmith Grove.

Forward-funded by the SWIP Property Trust for £50 million, 10 Hammersmith Grove is the first of two office buildings in the centre of Hammersmith, next to the underground station. It includes 110,000 sq. ft. of office space as well as extensive public areas, including three restaurant units at ground level.

News of the move comes after a good year for UKTV, which saw the network announcing an increase to £110 million investment in programming.  In 2013 the broadcaster also achieved its highest ever SOCI (share of commercial impacts) growth for advertisers and its highest ever total audience share, according to BARB data.

UKTV’s network of 10 channels span both the free-to-air and pay TV space and are available through Freeview, Sky, Virgin Media, BT, TalkTalk, YouView, plus direct On Demand digital services. Within the last few weeks UKTV has extended its relationship with Sky, Virgin and YouView. UKTV’s full stable of channels are now available on Virgin TV Anywhere and its network of pay TV channels are available on Sky on Demand and Sky Go. In addition, last month saw seven day catch up services for Yesterday and Really join Dave on YouView.