Features & Opinion07.07.15
The Outcast: Behind the scenes

Director Iain Softley has spent the best part of his career making movies including K-PAX, The Wings of the Dove, Hackers and Backbeat. So was directing a BBC1 two parter a big learning curve?

You’ve spent your career in movies, did you question the idea of making a TV drama?
It was a question in my mind before I read the script. The big attraction was that I was making something I really wanted to make and I was aware immediately of the positives. The process of greenlighting and casting would be much quicker and there would be more freedom. Creative decisions are to the fore in that it’s fully financed by the BBC. They didn’t need to test it commercially in the market whether that’s for the script or the casting.

Did you approach it differently to a movie?
I just saw it as either two 90-minute films or a long film in two parts. I approached it as a movie. In my mind it had the same scale from the way we shot it to the score and the sound design. The generalisation is movies tend to be shot with wider shots and television is more of a close up medium. But things like True Detective are shot like a film. Close ups are not used as much as in the past. And I was making it for a film company and BBC Films as well. We all approached as a film for TV.

But you have to move along more quickly in TV?
A lot quicker. But then in America I was just doing a low budget film – as more and more independent films are in the States. I’d just shot a 90-minute film in four weeks albeit a more simple shoot than The Outcast. On The Outcast I did two 90s in eight weeks. It is very demanding. I don’t think it’s something I could have done at the beginning of my career. I was drawing on experience and tricks of the trade I’d learned along the way in order not to compromise. 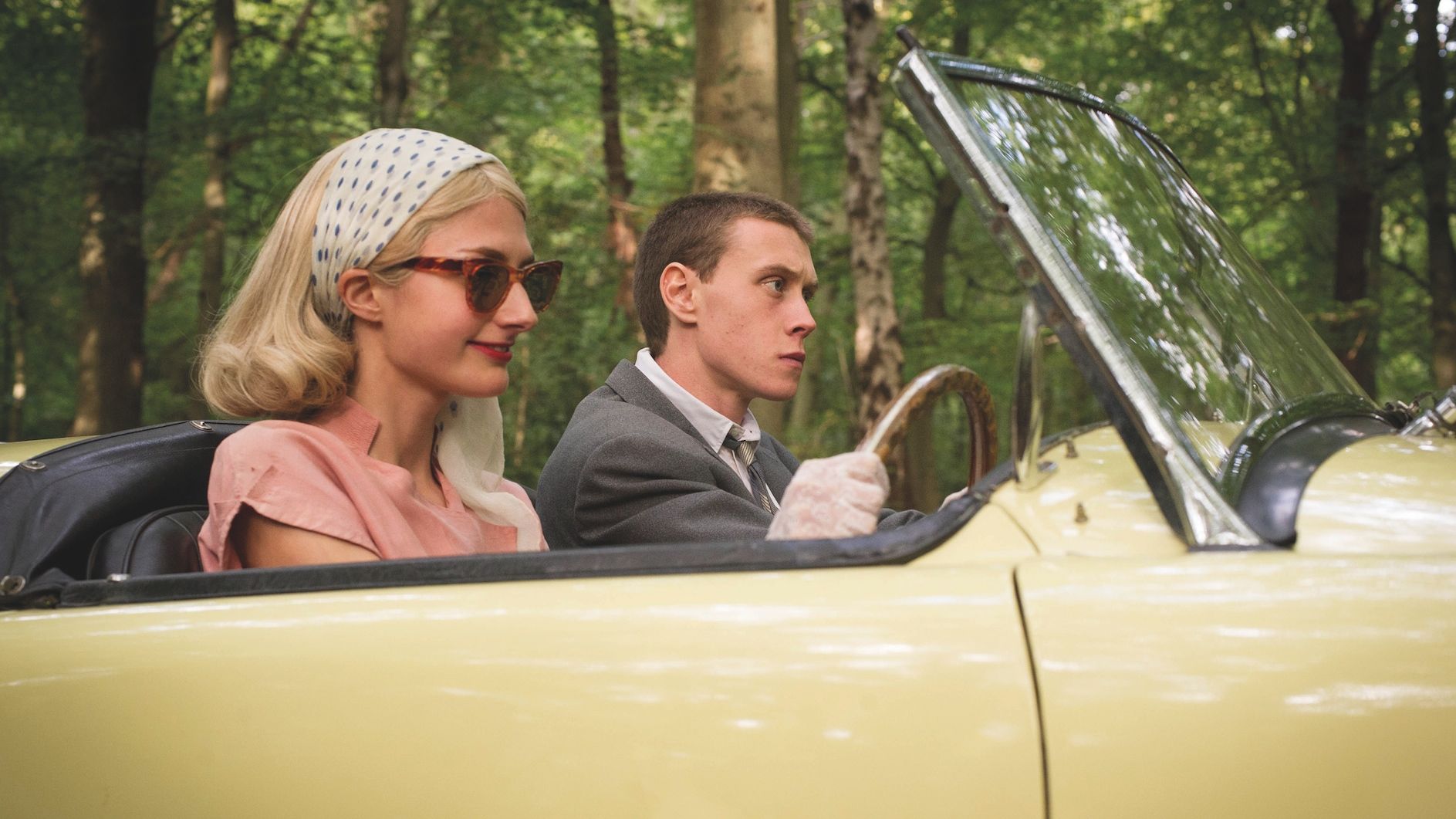 But some scenes have obviously had time spent on them?
It’s important that for the moments that were complex emotionally or technically or visually that we didn’t cut corners, for example the drowning scene. I spent a lot of time on those scenes – as long as I would have done on a bigger schedule, which meant other scenes had to be shot even more quickly. If they’re rushed those scenes don’t land.

There’s a different look to the different periods in the show? For memories of childhood a lot of the time I used film. We shot on 35mm, which is softer but also more colourful because film has a bigger colour range. Also I used a hand-cranked camera where you can vary the speed. There’s a dream like effect you get that is difficult to replicate with post effects. But about three quarters of the film is HD.

What look were you after?
I wanted it to be graphic. Digital can be rather muddy – either that or quite brash. I wanted the intensity of colour that you get from film and partly we got that by colouring the backgrounds at the locations.  Mike [Eley, the DoP] came on a lot of the locations for that reason. We repainted the Aldridge house with a deep turquoise blue. Blue appears sharper anyway and it meant the characters were more graphic and more defined against it. I also wanted the house to feel empty after the death of the mother so I wanted the rooms to be big so we could shoot through rooms and the actors could move within the scenes. 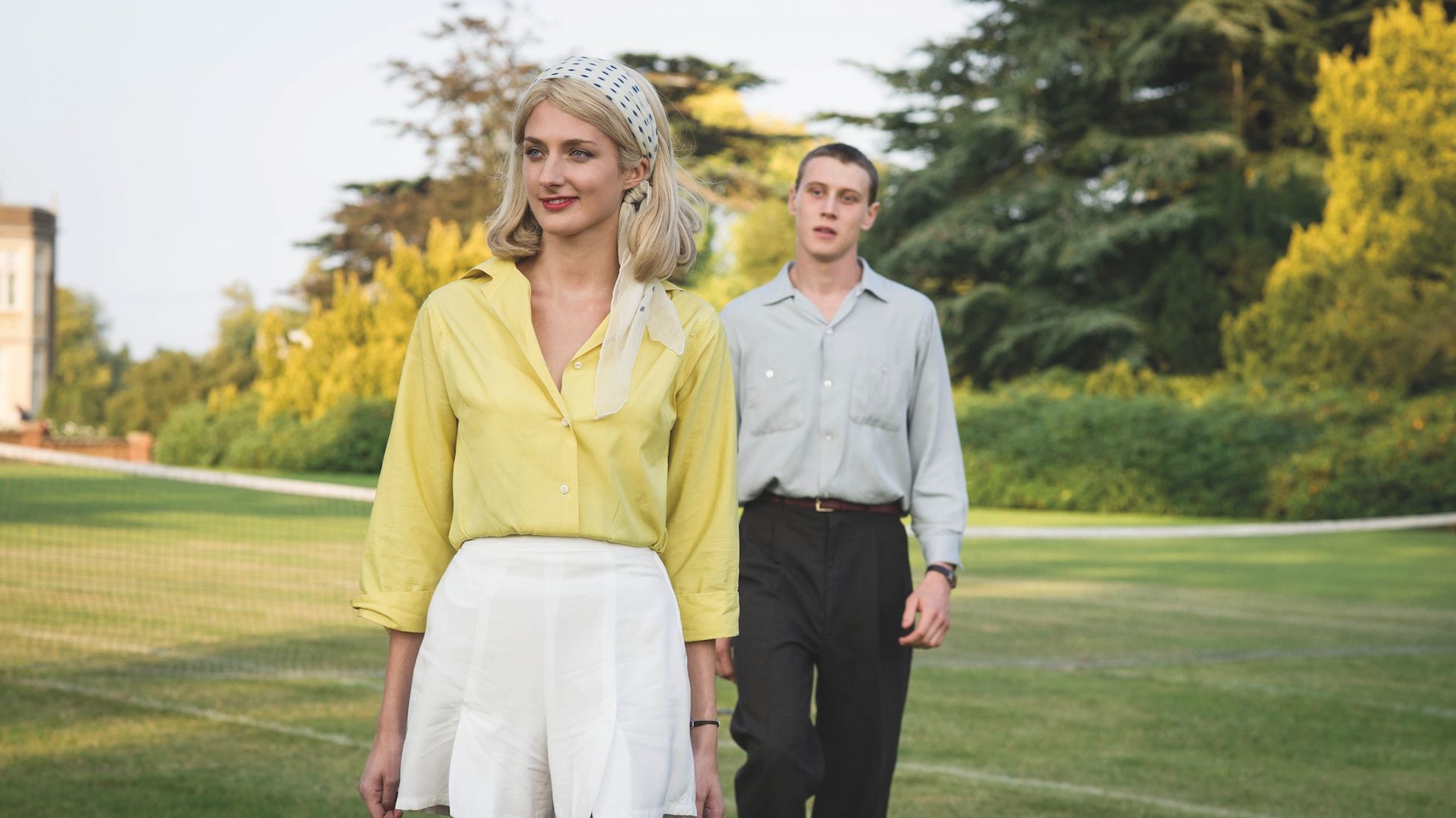 What did you shoot on?
We shot on an Alexa and an Amira and we used the oldest lenses we could find. They’re just more optically interesting, less digital looking. In digital there’s almost an edge enhancement feel. You get a combination of both sharpness and diffusion with the old lenses and it’s actually a more realistic look. It’s less hyper real and more actually real.

Where was the post done?
At Molinare. I used Ewa J Lind as the editor. She’s Swedish and even though it’s a very English subject matter I didn’t want it to be feel culturally and narrowly English. The sound post was at Molinare. We had a fantastic team. Nigel Squibbs led the mix and sound designer Jeremy Price did a great job. They got excited by the idea that it was a filmic approach. We mixed it and track laid it as if we were doing it for a film. It’s very multi-layered and complex and I was keen for Jeremy and my composer Ed Shearmur to work together. Because the soundscapes go inside Lewis’s head I wanted it to be a mixture of effects and music so there was an interesting crossover.

The Outcast is scheduled to TX in July on BBC1