Conceived as a 50-part epic, there is a lot riding on the first series of C4’s Indian Summers.

ITV’s acclaimed The Jewel in Crown, David Lean’s A Passage to India and Richard Attenborough’s Gandhi have, between them, set a high bar for onscreen sagas about the final throws of the British Empire in India. But it is now over thirty years since they premiered, which could play into the hands of Channel 4’s upcoming Indian Summers.

The ten-part series is set in 1932 in the hill station of Simla, where the power brokers of the British Raj gather each summer to escape the heat of the plains. Starring Julie Walters, it’s a colourful, multi-character epic that tells its story from both sides of the experience – British and Indian – while serving up a diet of intrigue, politics, murder and love.

It’s an unusual commission for C4, which usually focuses on contemporary, shorter run drama. Indian Summers will play on Sunday evenings, and is conceived to be “unmistakeably entertaining” and “relaxing viewing”, says C4 deputy head of drama Beth Willis.

But, she insists it is a very C4 kind of project: “It gets very dark and there is a lot of grit and politics that is slid under the door while you are enjoying the characters’ world, their relationships and the sun. By the end of ten hours you have been on quite an epic political journey as well as a wonderful saga.” 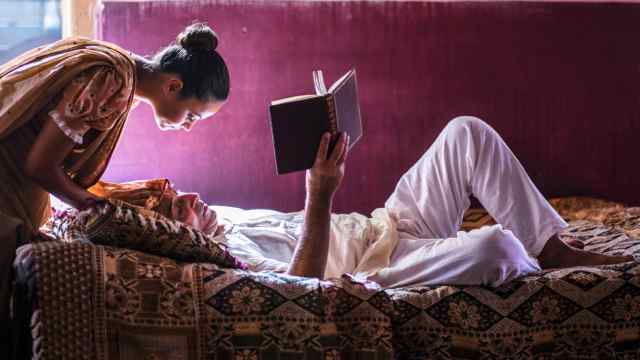 The series is produced through New Pictures, set up by former Company Pictures boss Charlie Pattinson (Skins, Shameless). The project was brought to him by writer Paul Rutman (Vera) and director Simon Curtis as a two page treatment. It outlined a five series drama that would ultimately span 50 episodes until Indian Independence in 1947.

“I was completely smitten by it, instantly,” says Pattinson, who commissioned and paid for a script himself, as he was between companies. He sees Indian Summers as building on the demand for novel-like television dramas that unfold over multiple series, like The Wire or Mad Men. “It felt quite modern, in a way,” he says.

All3Media International boarded as distributor and Masterpiece for PBS, helping to raise the budget to £16m. From the start, the ambition was to shoot entirely on location, to give a greater sense of authenticity. But this proved to be a huge challenge. Pattinson travelled to Simla but couldn’t work out how to film there. “There are no vistas without modern buildings and towers,” he says. After a long recce, which took in other Indian locations and Sri Lanka, he chose Penang in Malaysia as the base for the drama. 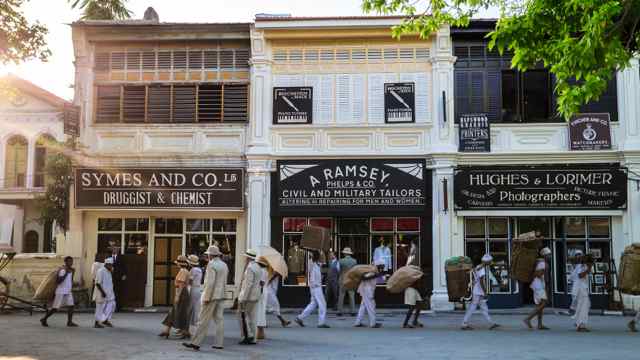 The country shares a similar colonial history, with many British era buildings, but the area surrounding Penang is less developed. Indeed, a major challenge was to reclaim buildings overgrown by vegetation. One of the key locations in the series is the British club. “When I first went there, I had to hack through the jungle to get to it – it had been unoccupied for 30 years. The same with Ralph Whelan’s (private secretary to the Viceroy of India) house – it had virtually been devoured by scrub,” says Pattinson.

Unusually, the entire production – which ran from May–October 2014 with a crew of roughly 150 British and Malaysians – was filmed entirely on location. Says Willis, “We all assumed that we would do some stuff there and then come back to the UK to do interiors. But they pulled it off not doing that, and I think it shows. It is so wonderful when you see characters walking through the garden, through a house upstairs, and you follow them looking out of the window and it is the same garden. It is so rare in period dramas these days that you get that, that you don’t feel that you are in studio set – it makes it incredibly cinematic as a result.”

Anand Tucker (Hilary and Jackie, Red Riding) was hired to direct the first four episodes.  “I knew his work has a visual elegance, and knew from Hilary and Jackie that he is capable of getting performances, and that he had an emotional connection with this material and a bit of history – his father was Indian – and I felt that was important,” explains Pattinson.

Despite a top production team, casting was tricky. “Our cast is largely in their late 20s and early 30s. That is very hard age range to cast as so many of our actors head to Los Angeles in that age range, so we started casting very early. Also, it’s a big ask for people to relocate to Penang for six months –  and possibly for five years.”  Of course, whether it is a five year, 50 episode haul depends largely on how audiences respond to the first series of Indian Summers when it begins this weekend.