Eleven Film’s three part drama for Sky Living stars Timothy Spall, Juliet Stevenson and Matthew Macfadyen and details the events that supposedly happened to an Enfield family in the early 70s when a poltergeist came to stay. Vfx outfit Munky and special effects house The Machine Shop teamed up to provide the spookiness and did their best to keep as much in camera as possible

Unusually, the collaboration between the two effects companies worked right from the start of the production process. “The production had storyboards for the key sequences so we started chatting with The Machine Shop to discuss how much they should do and what we should do and what would be the most efficient way of doing it” says Munky’s vfx super, Gary Brown.

As The Machine Shop began its test shots, they would send them straight to Munky for input on how vfx might improve them. “We could work closely with Munky – they could tell us ‘don’t worry we can paint you out there or take your line out there,” says The Machine Shop’s Mats Rivenes. 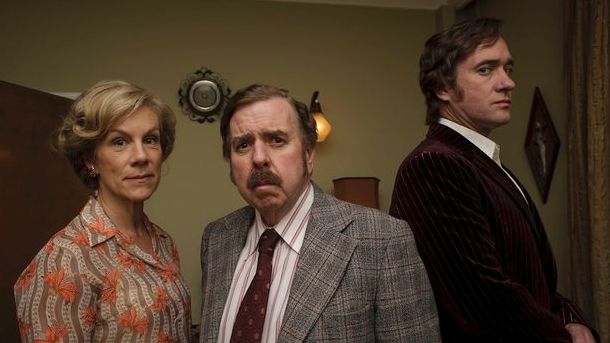 Right from the start though, the motivation was to “push as much in camera as possible,” says Brown. And much that came from the historical setting and style of the drama itself. Key references were classic films like The Excorcist: “The most important thing was that it was meant to have a 70s horror film vibe which was a lovely idea to work towards,” says Rivenes. “It meant that for a lot of the physical effects we used a practical approach that’s on its way out now. You tend to do most effects these days using more mechanical or scientific approaches but in this we were allowed to do a lot of puppeteering – getting inside furniture that needed to move and in that way give it character. It is set in the 70s so it made sense to do the effects in that sort of retro way – not letting them look funny or comedic but we did have that 70s approach. It was a lovely way to work as we got to get back to how effects were once made.”

And as the objects are supposed to be moving around at the behest of some evil entity, physically moving them adds that extra personality. “It’s about giving something soul,” says Rivenes. “You can move a chest of drawers across the room in a hundred different ways but when you get involved in it physically that helps.” And to aid that, Munky stayed on set during physical effects shots to explain where they could help. “Quite often our role was advising on stuff. On set we were still supervising when there were no vfx that day but lots of sfx,” says Brown. “For a lot of effects we would say ‘why not just do this in camera?’ We were using lots of old fashioned techniques too. We’d get the little girl to move backwards and then reverse it and it’s really spooky.”

Although for some sequences, pure vfx did turn out to be the best solution. “There was one sequence where the tiles come off the wall in a bathroom,” says Brown. “That was originally proposed as a puppeteered sequence but we wanted the tiles to have a bit more control and to make them feel like they have an intelligence. But that was pretty much the only area where we built cg assets and animated them.” 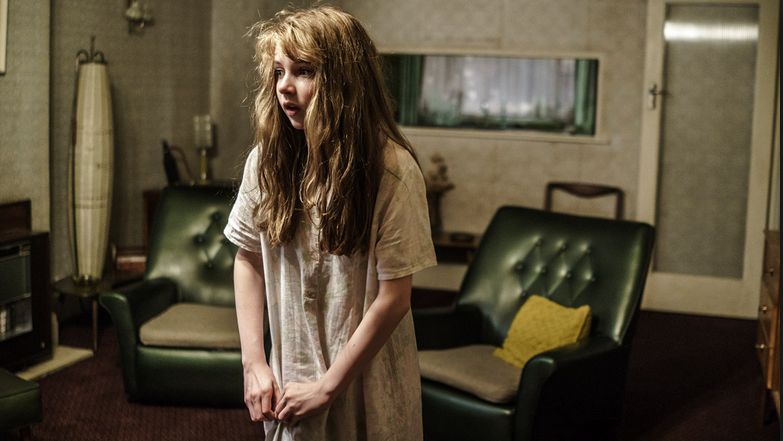 The speed of production also meant the two companies had to work together efficiently to solve problems as they arose. “You work towards a storyboard and you have an idea of what it’s going to look like and then you get on to set,” says Rivenes. A scene with a bathroom mirror shattering around a young girl had been planned as a purely physical effect but “we realised as we were talking through the shot that it wouldn’t be safe enough for the girl involved,” so the mirror was broken off set and animated and comped in by Munky later.

The reliance on physical effects helps a production in other ways too, says Rivenes. “When you give away too much to vfx or post production, the DoP and the director tend to lose a lot of their input. With physical effects they can look through a camera, which is the medium they’re trained in, and they can change it as and when on set.”