Features & Opinion24.08.22
The Art of the Director: Lenny Abrahamson

In the fourth of the series, here’s the interview with Lenny Abrahamson (Normal People, Room, Frank, Conversations with Friends, The Little Stranger, Adam & Paul, Garage, What Richard Did, Prosperity, Chance) 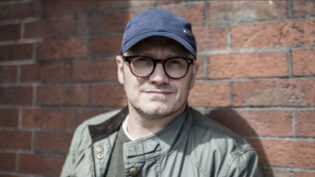 For me to feel I have a deep connection, I have to be part of the process of developing the script. With Room, I wrote a letter to Emma Donoghue [author of the book] and it followed from there. With Normal People, I’d been saying that I didn’t want to do any more books, but I couldn’t resist something about Sally’s style. I can really understand how to bring it to the screen. I always say that if a script came to me that was ready, I wouldn’t take it.

Usually for me there’s a strong impulse early on that makes me want to be involved, often a tone or sense of flavour that I want something to have. Then the process of crewing and talking with the DoP and the designer and working with the screen writers, all of that is trying to get closer to that feeling.

I always have a plan and I always talk through with the DoP particularly how we think we’ll shoot that scene, but I’ve never storyboarded, unless there’s a stunt or action sequence when we need to know technically how to make this work in advance. I have a notebook with notes to self and an understanding with the cinematographer.

I do change things on the day and that includes script. No matter how much prep you do, when you really start to film you discover whether there’s anything in it that’s not right. I think people initially can be disconcerted, but very quickly they like that way of working. It’s not chaotic and it’s not dysfunctional, it’s practical.

In some areas, like music, editing and production, I work with the same people every single time. I have a great relationship with a really gifted, committed editor called Nathan Nugent. I really trust him. He surprises me frequently with versions of scenes that I would not have imagined. 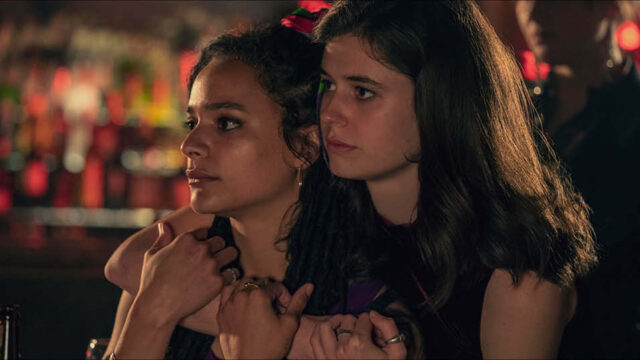 Cinematographer is one area where I often feel an impulse to explore ideas with new people. The relationship between cinematographer and director is so intense, you live in each others’ pockets for months and there’s a ferocity of work that you do together. I’ve done two productions with Suzie Lavelle one after another, [Normal People, Conversations with Friends]. And I’ve worked with James Mather on three projects, but everybody else just for one project.

I tested film versus digital on The Little Stranger and for various reasons we went digital, but that test told me that there’s still something specifically beautiful about film that’s very hard to match. There is a way of making digital look great, but it tends to be the same way and if you watch high end television, things are starting to look a bit the same. [For Conversations with Friends] I felt we should push against that. Another impulse was to be as natural as possible and still beautiful and that is the definition of film.

I’m very instinctual. I think a lot of the time my job is to give people permission not to do the things that they normally expect to do. I find it really inspiring having lots of interesting things thrown at me, because you need to be surprised and you need to be open. The collaborative part of this is glorious and should never be curtailed.

With design, sometimes you want things to look basic or ugly or raw. A lot of mainstream film and television is decorative. Everything is supposed to look cool and beautiful. Even if it’s grimy, it’s supposed to be grimy in a cool and beautiful way. Sometimes you want to allow things to be what they are, feel more found than made, and that can go against the instincts initially of the designers who are so used to being told make it look great. It’s very exciting when you unlock a richer palette of possible approaches to design.

For me the most important skill for a director is cultivating an ability to watch the things you’re doing, sitting in the room as the actors are playing out the scene. My belief is the most important skill is to be honest and present and put aside preconceptions. As human beings, we have a great capacity to sniff out things which feel false, except if you’re the person making them. If you go into working on a scene checking off all your ideas, you will miss the fundamental job, which is to check whether it’s real or true.

By Kyran Speirs, Head of Post Production, Arrow Before the pandemic hit, if Dan Carew-Jones and I had proposed to the Board that, in less than three years’ time when the company peaks at it busiest ever >>>

by Stuart Pender, executive producer, Arrow Media, Archive has always been a challenging beast on productions. Too much? Too little? Can we afford it? Does it fit what we need? A lot of these conundrums are down >>>

Features & Opinion12.09.22
The Art of the Director: Dearbhla Walsh

In Televisual’s Summer issue, we asked five of the best directors in the industry right now about the art and craft of high-end TV and film directing. In the fifth of the series, here’s the interview with >>>
Prev Post
Next Post
This website uses cookies to improve your experience. We'll assume you're ok with this. I've read this
Privacy & Cookies Policy