Features & Opinion23.08.22
The Art of the Director: Georgi Banks-Davies 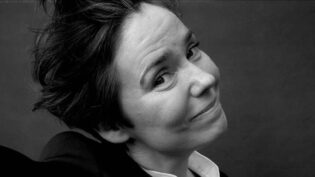 As obvious as it sounds, the first thing you have to do is decide if you like the script. If it doesn’t connect or speak to me, or it’s misaligned with what I want to say, I just couldn’t do it. I’d fail.

I think I’m always telling stories that deal with the exploration of identity. I love to work on pieces that come from a very immersive first-person perspective whatever the genre, and I think that’s because I don’t like to judge characters overly. I’d rather live in a character’s world fully.

I adore working with brilliant actors on scripts with rounded, complicated, nuanced characters. So, a lot of the time, my choices come down to the writer and whether I love and respect what they’re doing with character. Character, of course, is also performance but if the realisation of the character isn’t on the page, it never will be.

I try to work with the same collaborators. Maybe the hardest part of this industry is schedules misaligning – If I had one genie in a bottle wish it would be that diaries always sync up so I could keep all my closest collaborators with me at all times! Trust is a massive thing because when you’re up against it, being able to be vulnerable and have a shorthand with people is crucial. I feel very loyal to the people who I’ve grown up around. 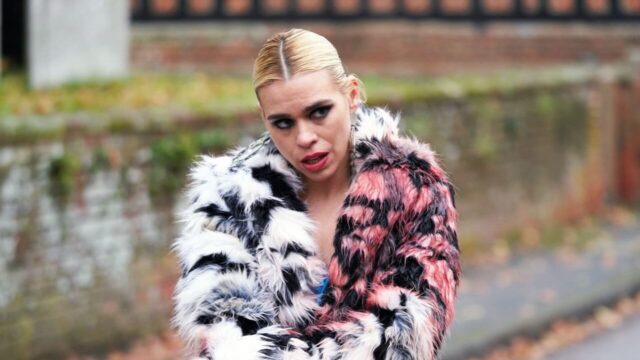 With actors, I like to rehearse but it’s a very informal and collaborative process where I just encourage them to thoroughly understand their character. I try to build an environment to enable them to feel that they own the character. It’s empowering for them, but also keeps the performance alive and kinetic – ready to manoeuvre and evolve.

The TV and film industry, but particularly the TV industry, is amazingly brave at the moment. The work is brave and bold and they’re taking punts on new filmmakers, and particularly other women, that they believe have something to say and a new way to say it.

Things evolve. I always keep the first lookbook that I create when meeting for a project and it’s interesting to see the progression from it. You have to be open to evolution, because when scripts or ideas or the cast changes, tones and ideas and realisations change.

This is a complete contradiction, but I plan everything meticulously so that I can then improvise. If it’s all technically structured and I know precisely the camera language, and I know exactly what I’m trying to say in each scene, and whose scene it is – then that gives me the freedom to find it with the actors. I like there to be an energy and immediacy to the scene, but you can’t just run and gun it. You have to be super prepared and really understand what you’re trying to say to then push into a place of freedom.

If you’ve got a shorthand with an editor who fundamentally understands the rhythm of the performance you’re trying to create, it takes so much leg work out. The edit process becomes a joy. It’s all about exploring and there’s nothing combative, it just instantly starts in a place that’s interesting.

You’re only as good as the people you surround yourself with as a director, anyone who tells you any different is lying!