Televisual’s 18th annual survey of pay reveals the annual average salary for many of the key jobs in production and broadcasting.

The figures are based on an anonymous survey of Televisual readers, in which we asked what they were paid in 2012, their age, their gender, and for an outline of their job, experience and whether they thought pay levels were rising, falling, or staying the same.

We had 690 complete responses in all, enough to allow us to carry out a robust analysis of industry pay levels.  On average, respondents were 38 years old and had worked in TV for 14 years. 56% were male, and 44% female. 53.7% worked full time for a single employer, while 41.5% were freelance, 1.9% worked part time and 2.9% were unemployed.

Of full time workers, 43% worked for an indie TV producer, 16% for a broadcaster; 6% in commercials production, 6% in corporate production, 14% in post production; 4% in a facility (studios, OB, camera hire etc), 3% in film production, 2% in distribution and 1% in digital media. The survey skewed towards Televisual’s readership, which reflects more senior levels of the business. 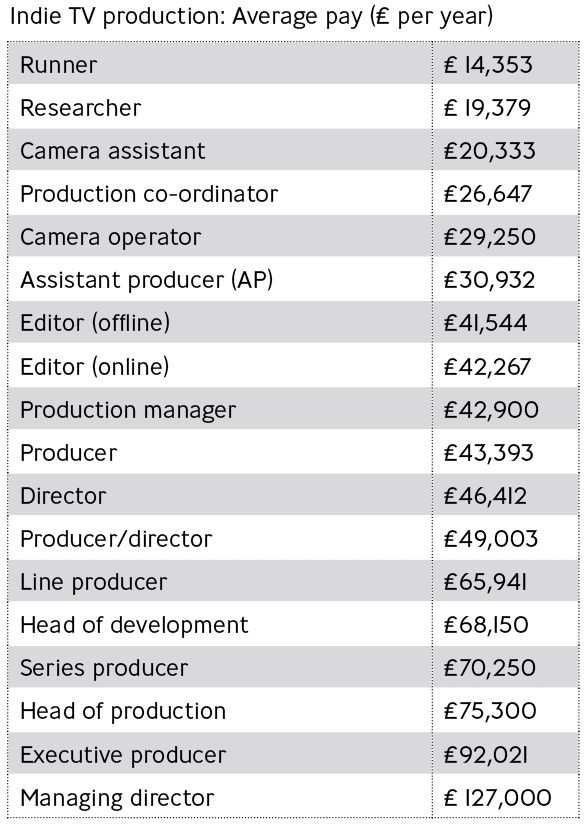 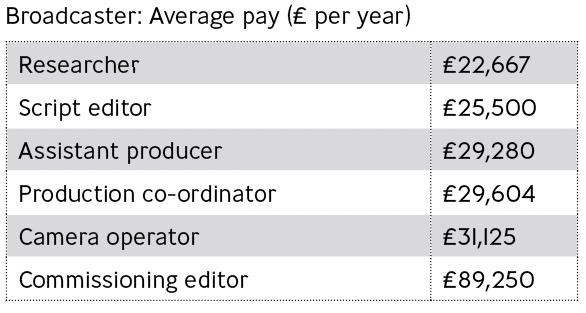 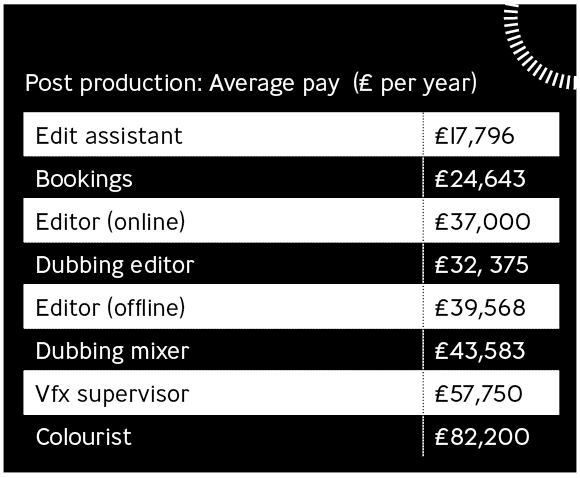 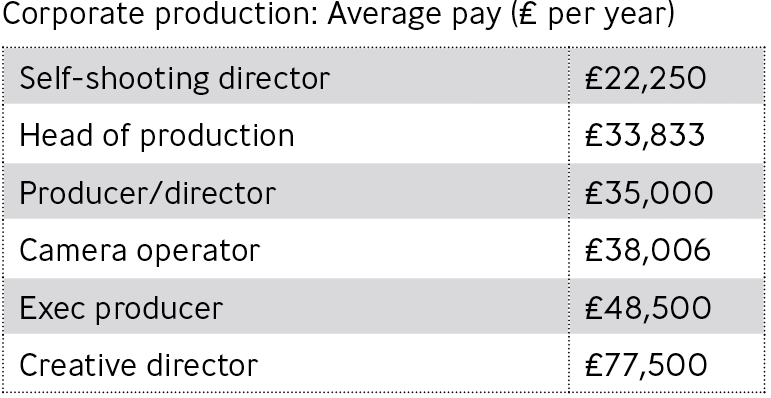 For more figures and opinions see the following articles from Televisual’s Salary Survey: a disgruntled workforce; day and weekly rates; and pay by sector, age, gender and region)